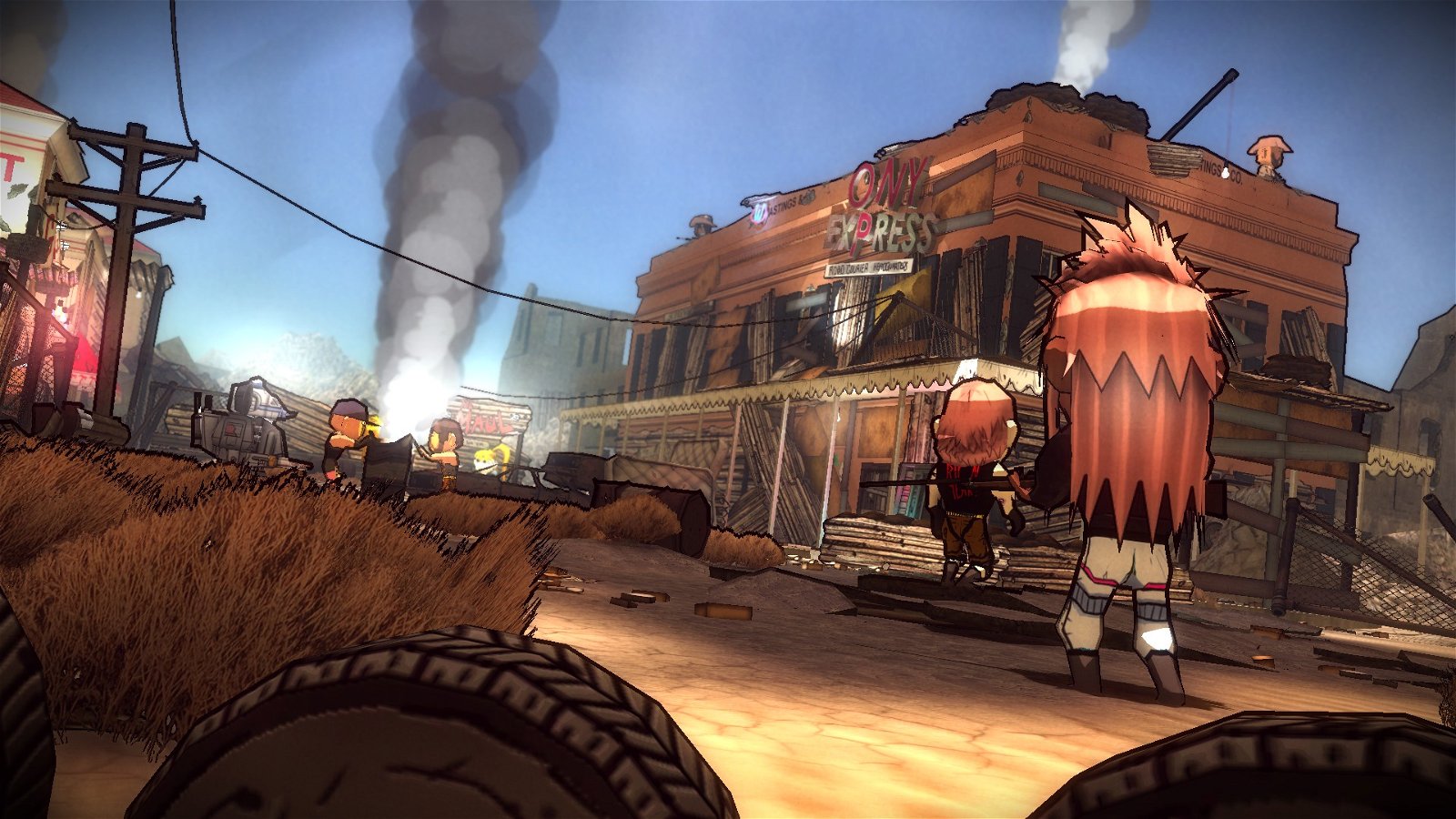 I spent the first several minutes of Wasted crafting the perfect character using the game’s surprisingly robust customization tools. Every little detail, right down to thinking out the best name, was put into my creation. Not more than fifteen to twenty minutes later, this character tripped a shotgun trap and was blasted to bits, never to be seen again. The game randomly generated another scavenger for me, and I had to start from scratch.

This is the first of many kicks in the teeth that indie developer Mr. Podunkian’s first-person roguelike shooter dishes out. Wasted has a cute art style and disarmingly hilarious writing, but don’t let that fool you for a second. It’s one of the most tough-as-nails games to come out this year, and it revels in it. Every twist and turn is loaded with traps, mutants, and deranged scavengers who will stop at nothing to obliterate you.

At its heart, Wasted is a twitch shooter crashed into a procedurally generated RPG. Players take the role of a scavenger in what remains of California following a devastating nuclear war that occurred smack-dab in the middle of the 1980s. Much like Fallout’s 50’s-tinged apocalypse, the culture of America’s Reagan years was essentially frozen in stasis. This means that you’ll hear 80s-influenced tracks blaring on boomboxes, communicate in dated lingo, and encounter roving gangs of NPCs who’ve clearly taken haircare tips from Mike Score.

The basic concept of the game is that players keep trying to progress deeper and deeper into sprawling underground bunkers called Coolers. This is done in search of radioactive drinks nicknamed “Booze,” on top of procuring armor, weapons, and loot to pawn off for toilet paper, which functions as the world’s currency. One death and you lose everything, and have to start from square one with a new character.

This might seem daunting, especially for newcomers to the genre, but where Wasted succeeds in keeping players hooked is that the whole thing is a joy to play. The core combat mechanics are stellar and there’s a surprisingly versatile arsenal to mess around with. There’s more to the game than exploring the Coolers, as well, with NPCs to chat with, quests to take, and more lore about the world to uncover as you progress. While many roguelikes feel content in giving players some dungeons to explore and not much else, Mr. Podunkian’s take on the genre feels much more generous.

Also impressive is how the developers nailed the aesthetic. The indie marketplace is rife with games purporting to be “retro” or “80’s-inspired,” but the ones that actually manage to pull it off are few and far between. Now, for the first time since Far Cry 3: Blood Dragon, a developer has pulled off something that feels sincerely “80’s.” From the way the characters talk, to the synth-laden soundtrack, right down to the basic colour scheme, Wasted is a love letter to the decade and not just some cheap spoof on it.

Wasted is a game that feels genuinely special to me. It’s a shooter more engaging than most shooters, and it’s a roguelike that’s more fun to play than most roguelikes. On top of that, it has a unique art style and a unifying aesthetic that ties the whole package together. Thrown in with a rich slather of content, everything on display works together to produce a game that’s deep, varied, and a total bargain for the price point.

I can see myself putting a significant remainder of 2016 into Wasted’s crazy world, and I’d hazard to say most people would find something here that hooks them as well.

A clever take on two worn genres, Wasted is a funny and addictive genre hybrid that has scores of content at a low price point.