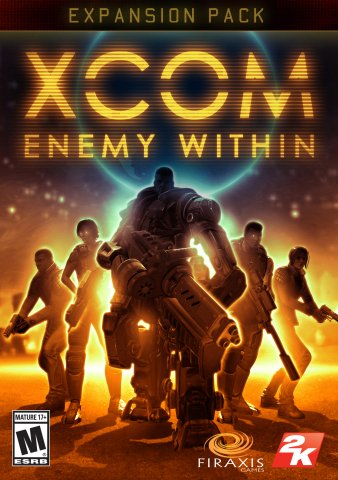 Last year’s XCOM: Enemy Unknown was a fantastic reimagining of a beloved strategy series. Firaxis Games pulled off a remarkable feat in creating a title that was filled to the brim with interesting, interlocking gameplay mechanics while also easy for novice players to understand. The expansion to Enemy Unknown — XCOM: Enemy Within — builds on the foundation established by Firaxis’ previous work, introducing a plethora of new features and sacrificing only the smallest amount of accessibility in the process.

Enemy Within‘s most notable change to the base game’s formula is the introduction of the Meld resource. Meld, an alien substance found in glowing containers during combat missions, lets players change their soldiers into either robotically enhanced or genetically augmented warriors. While monkeying around with a soldier’s genetic structure can make for tactically impressive results, MEC suits offer the most profound change to XCOM‘s gameplay. Once one of the player’s team has volunteered to have their weak, fleshy bodies replaced with strong, gleaming metal they can be outfitted with upgradeable exoskeletons. The resulting MEC troop has the drawback of being unable to take cover during combat, but benefits by gaining a suite of useful abilities.

These new powers — a deployable circle of healing mist, shots that can destroy environmental cover, and the endlessly entertaining ability to punch an enemy with a piston-like robot arm — make Enemy Within‘s fights novel, even to an Enemy Unknown veteran. The new tactical considerations are accompanied by the welcome addition of a large number of new maps, too. XCOM: Enemy Unknown, as enjoyable as its combat remained throughout the length of a campaign, suffered from frequently repeated environments. Later in the game, when it becomes necessary to investigate a larger number of downed UFOs and cities in crisis without much base management to serve as a palate cleanser, the reappearance of an overly familiar map dulled XCOM‘s often wonderful sense of tension considerably. The new levels solve this problem and greatly enhance the game as a result.

Even more variety is introduced to the original campaign with the presence of EXALT, a human enemy force that attempts to undermine the XCOM team’s fight against the alien invasion. EXALT will sabotage the player’s progress by stealing resources. It must be countered by launching special intelligence-gathering missions that ultimately narrow down the location of the shadowy organization’s headquarters. The covert operations require one troop to be sent off undercover for a length of time (during which they can’t be deployed in normal battles) before they eventually request an extraction from the main team. These defensive missions see the operative hacking satellite relays before running for the safety of a helicopter while under assault from EXALT forces. The other soldiers work to defend the vulnerable party while she or he works, turning the usually assault-focused gameplay of UFO investigation or civilian rescue missions on its head. It’s possible to ignore EXALT’s sabotage efforts throughout Enemy Within‘s campaign and simply deal with the minor annoyance of infrequently stolen resources, but those who do so will miss out on some of the best of the expansion’s added content.

Substantial new features are accompanied by smaller refinements as well. Soldiers can now speak in several different languages, something that adds a lot of colour to the combat banter while also making the international team of soldiers feel, finally, like they’ve actually come together from all corners of the globe. It’s the little touches like these that help make Enemy Within not only an excellent expansion, but a more fully formed vision of the base game as well.

Unfortunately, Enemy Within is not without faults. For all its gameplay improvements, the PC version of the expansion suffered from significant technical problems that caused more than a few crashes during loading and saving. The most frustrating issue involved the loss of more than an hour of progress late in a campaign after the game froze during an automated end of mission save. This problem could be an isolated case, but it’s worth noting that the same computer was used to review Enemy Unknown last year and ran the original title without more than a few unimportant hiccups. Since no hardware or major software changes were made to the machine during the interim, the game’s crashes are likely to affect others.

Despite this concern, Enemy Within is still easy to recommend on the merits of its design alone. While new players may find themselves contending with a larger amount of information to absorb during the early hours of a campaign thanks to the addition of MEC and genetic augmentation features, the greatly increased gameplay variety that serves as payoff is well worth it. Firaxis provided a superb strategy experience with 2012’s XCOM:Enemy Unknown and have only strengthened their original work through the changes and extra features brought to the Enemy Within expansion. The presence of a few glitches detract slightly from XCOM: Enemy Within, but don’t harm the experience enough to make it worth passing over.

The expansion to Enemy Unknown — XCOM: Enemy Within — builds on the foundation established by Firaxis' previous work, introducing a plethora of new features and sacrificing only the smallest amount of accessibility in the process.
REVIEW SCORE
8
File Under: 2K Games, Firaxis Games, PC, XCOM