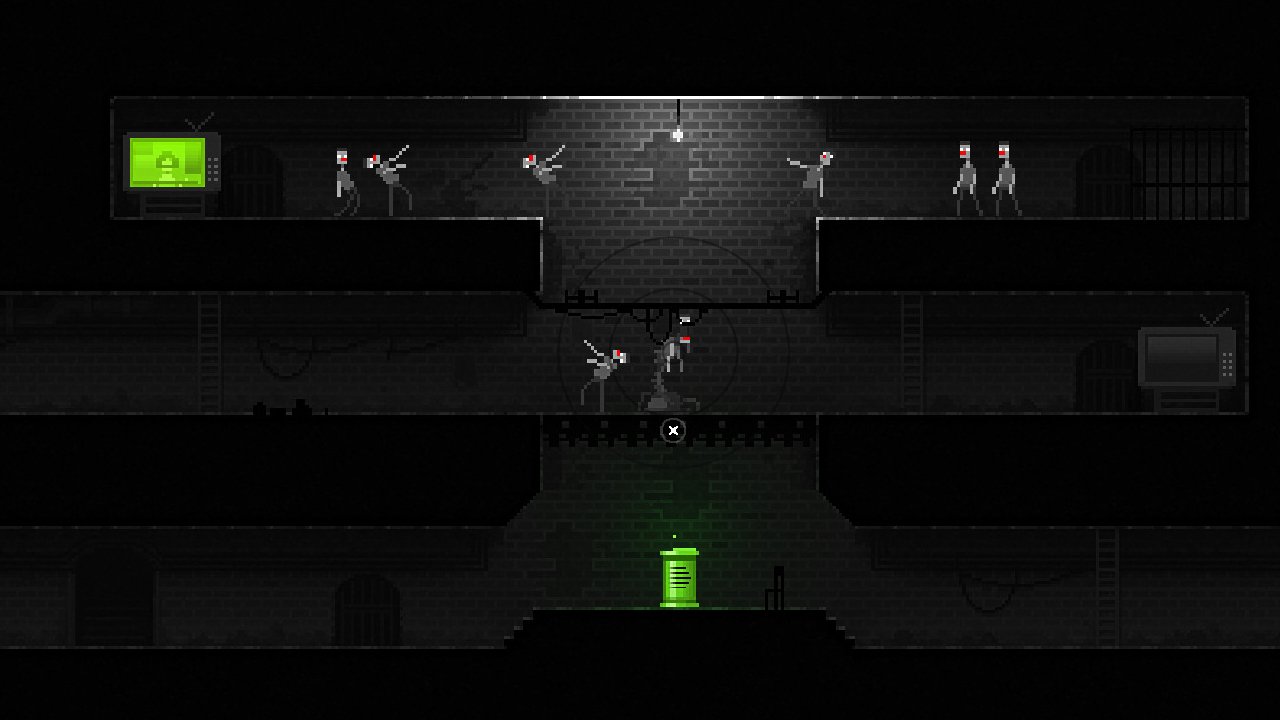 Plenty of games let you play a survivor in a zombie apocalypse, and they are ever so satisfying. You can avoid all the typical zombie-flick screw-ups, such as splitting from the group, wasting ammo and, of course, getting trapped in a corner.

Zombie Night Terror takes the less common approach and lets you control the zombie apocalypse itself. Unfortunately, in this case your minions are not figuratively but instead quite literally brain-dead, so you need to shepherd your army toward its next meal and away from danger, lest your forces walk obliviously off a cliff or into a wall of gunfire.

Up from the grave

Comparisons to Lemmings are obvious and apt. You have a number of special powers to help your zombies out, including mutations that let them jump or sprint or climb walls or explode, as well as overlords that can give simple directions to other zombies that pass by. In that way, Zombie Night Terror is pretty identical to the 1991 classic.

However, the game does a lot to distinguish itself, most notably in its spot-on presentation. While it does go for a retro pixel-art aesthetic, the style is pure George Romero. (In a nod that’s slightly too blunt, the street drug that’s been turning people into zombies is called “Romero.”) The predominantly black-and-white colour scheme evokes 1968’s Night of the Living Dead, while the focus on humour matches the tone of the many horror B-movies that followed. As a journalist, I found the broadcast headlines that accompany the tutorial exposition especially chuckle-worthy (“Hurricane tears through cemetery; hundreds remain dead,” “Man struck by lightning faces battery charge”).

The monochromatic art style can be confusing, however, as the visual cues for which walls are destructible and which floors can be jumped through are subtle and sometimes easily missed. There are also plenty of situations in which it’s unclear whether your zombies can survive a fall or jump, which can lead to an unintentional bloodbath and begrudging restart.

The other distinction is the game’s pseudo-action focus, which is both a strength and weakness. Lemmings was a pure puzzle game and very slow paced, while much of the gameplay in Zombie Night Terror is dependent on timing. There are tricky moments when you need to direct a zombie to jump over a pit and explode in mid-air before being struck by a waiting enemy, while simultaneously babysitting the bulk of your forces back home. Or you need to hurry to avoid a speeding subway train or catch some thugs fleeing toward their getaway vehicle.

These moments add a lot of fun and variety but also lead to serious frustration. Zombie Night Terror is surprisingly unforgiving for a game that requires so much trial-and-error. Everything can go horribly wrong in an instant, and a simple missed click can lose you five or even ten minutes of progress. Missed clicks are even more common because of the 2-D art style; the individual units in your horde all bunch over top of each other, and you can easily blow up the wrong one, for example.

The developers recognized these problems and helpfully included both a pause button for those tricky timing sections and a fast-forward button for when you’re stuck replaying a stage for the fourth time. Wearisome replays are often the result of a single mistake, and one can’t help but wonder if a rewind button, perhaps with limited uses, might have been a better choice.

Still, the developers were spot on with most of their decisions. Its learning curve, for instance, is perfect. There’s no mandatory, long-winded, front-loaded tutorial; players are trusted to adapt as abilities and hazards are gradually introduced over the course of the first two chapters. The game also doesn’t overstay its welcome, content to execute its vision without growing stale or burdened with complexity. Each stage also has a bonus challenge for some replay value. Instead of asking you to meet a simple time limit or kill count, many of the challenges are inventive, asking you to instead find a secret room or take down a high-powered enemy.

For the price, Zombie Night Terror is a fine way to spend a weekend or more. It will entertain you and occasionally delight you, yet never impress you. In the end, the game is a lot like its central monster: single-minded and a bit clumsy but more than capable of gripping your brain.

For the price, Zombie Night Terror is a fine way to spend a weekend or more.