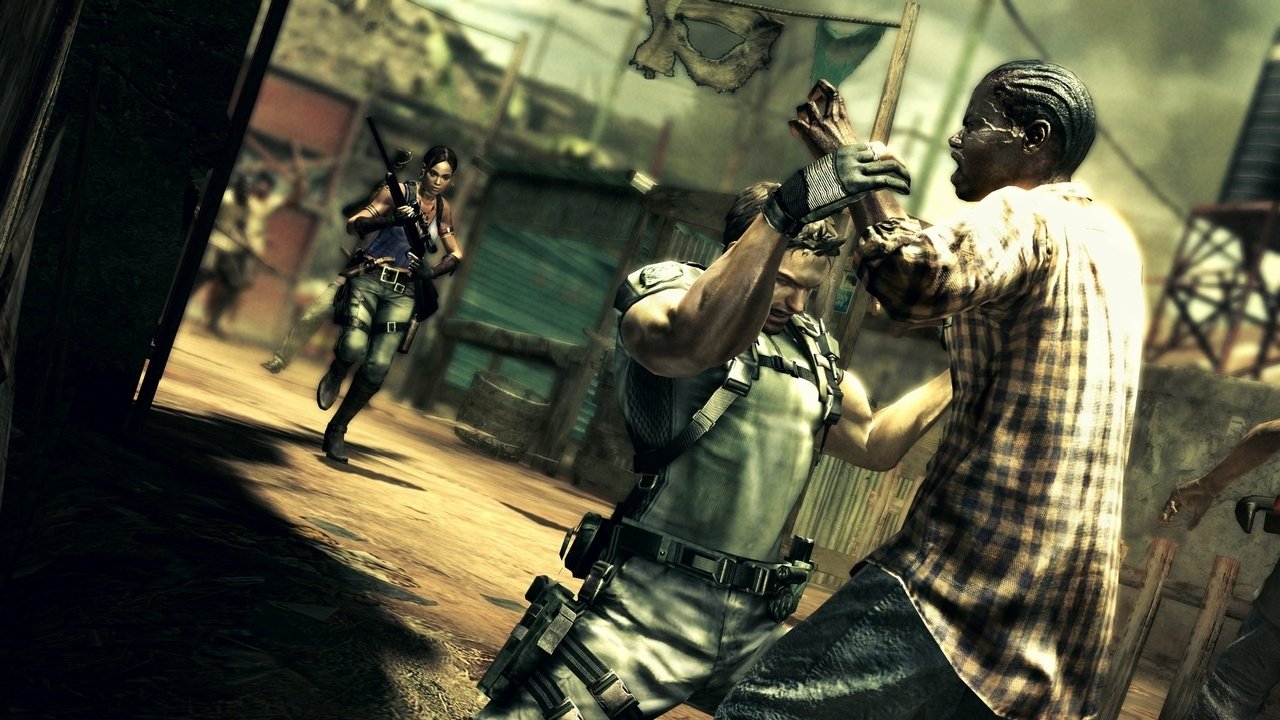 Halloween is too much fun to contain in a single day so, throughout the month of October, First-Person Perspective will focus exclusively on spooky, scary or otherwise holiday-related games. These four columns will make up . . . OKTERROR.

Resident Evil has long since left behind its roots as a horror series. The first four or five installments were unnerving, dread colouring the spooky mansion, devastated city and deserted towns that provided their settings, but the most recent entries in the series have become nothing more than horror-tinged action games. While this isn’t necessarily a bad thing — 5 was a tremendous amount of fun even though it pretty much entirely stopped trying to be creepy  — it’s still unfortunate because, when Resident Evil was trying its best to be scary, it was nailing something that not many other games are able to get right: truly frightening zombies.

Zombies are horribly overused in modern videogames, having become a developer’s crutch when planning a new title in recent years. This is because they are so easy to design a game around. From basic AI routines (program the enemy to shamble or run forward until dead) and culturally ingrained mythology (shoot them in the head, once bitten you become one of them) to quick and easy plot construction (panic, fighting back, the discovery of a virus, losing allies, finding the antidote) zombies provide a template that is just plain easy to take advantage of. With their overuse as a threat, though, the undead have become more routine than frightening.

When the first Resident Evil was released in 1996, videogame zombies weren’t anywhere near as ubiquitous as they are today. By starting with a relatively blank slate Capcom and original director Shinji Mikami were able to make the kind of undead monsters they wanted to. Inspired by classic horror films, Resident Evil borrowed the oppressive atmosphere of George Romero’s Night of the Living Dead and the obsessive camera positioning/attention to lighting of Alfred Hitchcock staples like Psycho and Strangers on a Train to create an experience that provided a template for an entire genre of scary games. The sequels that iterated on the first game’s invention continued this tradition, creating a series that was able to keep its zombies relatively fresh — and still capable of instilling a sense of horror in its players.

“When the first Resident Evil was released in 1996, videogame zombies weren’t anywhere near as ubiquitous as they are today.”

When Mikami re-invented the series with Resident Evil 4 it marked a sea change that 5 and 6 were unable to properly follow. A vastly improved control scheme took away from the impotent horror of the previous games’ tank mechanics, but other design choices worked to introduce an element of attrition that made every combat scenario possess at least a small amount of dread. Even though Resident Evil 4 made it easier to stagger enemies or line up headshots, it was still effective horror because the zombies came in massive waves and from seemingly every direction. A one-on-one encounter was less likely to be deadly yet players still had to test their will against vast, open levels that teemed with vicious undead (or mutated humans if you want to get technical) that could be overwhelming if ammunition ran low or a single mistake in crowd controlling shooting was made.

The dread that used to be inspired by the undead is all but gone now, but it doesn’t have to stay that way.Resident Evil 5 refined these controls while forgetting, aside from its excellent opening levels, to maintain the unending waves of menace that allowed 4 to hold onto a bit of the series’ horror heritage. While still a good game, 5 was developed without scary zombies. To make matters worse, its 2009 release was also part of a larger zombie videogame trend (Left 4 Dead, Left 4 Dead 2, Dead Rising 2, Call of Duty’s Nazi Zombies, etc.) that made the previously frightening monsters feel more like old friends than anything truly terrifying. Now, with Resident Evil 6 cementing the fact that Capcom hasn’t learned from its past successes (and proving as well that the previously venerable game developer has lost its ability to make a good Resident Evil game in general) and moving the series entirely into the realm of action, rather than horror, it seems scary zombies may be gone for good.

The dread that used to be inspired by the undead is all but gone now, but it doesn’t have to stay that way. While a bit of time off from zombies as a videogame enemy would definitely help to make the creatures scary again, a smart developer willing to look back at the roots of the classic monster in cinema and games would likely still be able to get a bit more mileage out of the ghouls. Trapping players in a single location (say, a crumbling farm house in rural Nowhereseville) with, say, a single pistol between a group of eight or nine people might work. Add in a few hundred zombies clamouring ceaselessly at the doors and windows and make the game a fight to survive until help arrives. Something like this — something that returns to what made us scared of the undead in the first place — would go a long way toward reinvigorating a horror monster that used to make our skin crawl.