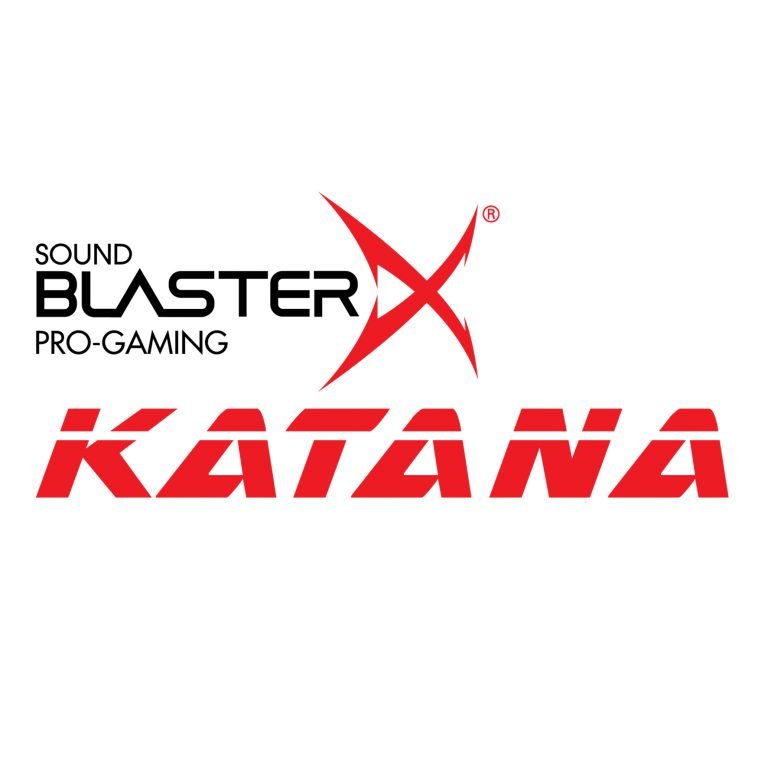 Soundbars have become ubiquitous in apartment-size sound setups. They allow for room-filling sound, minimal configuration, and are often much cheaper than a full surround sound setup. Yet even with this popularity, there have been few options for PC players, at least until the Sound BlasterX Katana. This new offering from Creative gives rich, full sound without the need for desk clutter, and they sound fantastic.

The Sound BlasterX Katana is an interesting device. It is built from the ground up to work for a PC desktop setup, yet Creative has not skimped out on features. Even with this purpose in mind, they have included all the needed inputs should you want to use it with a living room setup. While it may not be ideal from an aesthetic perspective—it being a smaller soundbar—the sound quality and volume make it a solid choice for whichever room you choose to use it in.

Visually the Sound BlasterX Katana is a standard looking soundbar. From the brushed-aluminum chassis to the placement of the speakers and buttons, it fits what we have grown to expect from the device type. The top of the unit has the standard array of buttons such as volume up and down, power, source and “SBX” to cycle sound presets. Overall the Katana has a very high-end look that will fit in well with most office or gaming setups.

On the back of the unit, you will find a selection of hookups for all your audio needs. It comes with the USB input for a thumb drive, 3.5mm audio jack, sub input, optical audio, and the needed MicroUSB for computer connection. There is no HDMI, so anyone looking to set-up the bar in their living room will want to ensure that they have optical audio at the ready to ensure the best possible sound.

Unlike some soundbars on the market, you will need to ensure you plug in the subwoofer. It is a passive unit but provides a deeper bass sound than what can be achieved on the unit itself, so it is a must for anyone wanting to get the best sound possible. In testing, I found the cable a bit short for some mounting setups, but for most computer arrangements, it should be more than sufficient.

Now, it would not be a piece of gaming gear in 2017 if it did not have some sort of RGB option, and in this aspect, the Sound BlasterX Katana does not disappoint. The bottom of the unit has a set of 49 REB LEDs set up in an array that can reflect off your desk or wall (however you have it set-up).

While it is not the most needed addition to a soundbar, in all honesty, it was a nice touch. The light was subtle enough that it was not distracting but noticeable enough that it added a great amount of colour to the room. When mounted to the wall, just above the monitor, it managed to make for an enjoyable glow that fits well for gaming or even watching a film.

The Sound BlasterX Katana has some presets out of the box that will work in a pinch, such as rainbow glow, white light, etc. but the real fun comes when you jump into the software and customise it to your liking. The software is, for the most part, foolproof, and once you set everything up, you can save it into the onboard memory ensuring you can keep that specific setup it as an option even if you uninstall the software.

Lights are fun, but the real question is if the Sound BlasterX Katana actually makes for a fantastic sound system. The bar has five speaker drivers total, and that includes two tweeters on the front of the unit, two mid drivers on the top, with the sub rounding out the offering.

These speakers despite their size can make for a near deafening level of audio at higher volumes. With testing, we pushed the audio to the higher volumes, and while it maintained clarity, it became far too loud to listen to in our office studio—or even for most apartment setups. I honestly cannot think of a reason to ever push the Sound BlasterX Katana to that level, but it is nice to know it can go there should you need it.

The 75W RMS rated speaker has 50 levels of audio, and for most people, I would suggest leaving it around 1-15 to ensure it sounds clear and fills a room but will not make your neighbours hate you. Also, it is good to note that while the bar manages to push the sound at higher volumes, I found the sub could not keep up and lost much of the rich sound achieved at more reasonable volumes.

I found I had to play around with the EQ levels to really make the Katana sound the way I wanted it to. The built in presets work well, and if you tune them to your liking, the sound bar is rather impressive in its quality. If you are moving from a standard set of desktop speakers the Katana will blow them away, no question. Creative has built a soundbar that could easily sit in a living room setup and put the PC first, and that makes it a fantastic option.

With that in mind, it should be noted, that while it is great for a soundbar, if you are looking for something to replace your full 7.1 living room audio setup, this may not be the best option. While it has 7.1 through USB and offers room filling sound, it is still a soundbar, and a full 7.1 speaker setup with a receiver will manage a much fuller and richer sound than a soundbar, no matter how well engineered it may be.

With that being said, the Katana is an excellent option for people looking to upgrade their current PC audio setup. The sound this small soundbar offers is astounding, and the simplicity of initial setup makes it a great option for newbies and experienced people alike. People looking for the next great living room setup may want to look elsewhere, but anyone else should give the Sound BlasterX Katana a try.

The Sound BlasterX Katana packs room filling, rich sound in a small package for PC players or the living room console lover with some RGB lights for good measure.
REVIEW SCORE
8
File Under: