Bang Average In Almost Every Way 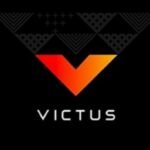 I have been pretty happy with my choice of laptop over the last little while. I have one that does everything I need it to do, and it does it in style. This is where the HP Victus 16-e0010ca comes into play. Coming in at a full $1000 less than my current daily-driver, I wanted to make sure that this gaming laptop could still live up to the task of running some of my favourite games without issue.

The HP Victus 16-e0010ca is a very nice-looking laptop. It arrived in a beautiful dark blue colour that HP calls Performance Blue, and a reflective chrome Victus emblem on the lid. The smooth, untextured finish on the whole of the laptop, save for the speakers, felt great under my fingers. The 16.1” display has a fair-sized frame around the edge, so not quite bezel-free as I would have enjoyed. The trackpad is about as big as I expected for a device of this size. It is very responsive, and I found myself accidentally clicking it too many times to count while typing.

The Victus 16-e0010ca is a hefty machine, weighing in at very nearly 2.5 kg (5.5 lbs). Transportation of the laptop in the long term could end up being very cumbersome for those of us that need to take their device on the go. You’d be better served leaving it at home on the desk, if only to save your back/shoulder from carrying it around. Combined with being 2.35 cm in thickness (over a full inch) makes the HP Victus 16-e0010ca tough to slide into a bag on the go.

The size of the bezel on the device is due to the built-in webcam. I am so used to not having one and I enjoy the extra screen space that it affords. Having a webcam built in can be useful, especially if you’re going to be doing a lot of webcam-oriented things and don’t want to use a detachable option. The webcam itself is your standard 720p HD camera and has dual-integrated microphones to pick up your audio.

The screen on the HP Victus 16-e0010ca is a 1920×1080, IPS anti-glare display with a brightness rating of 250 nits. A laptop at the price point that this one is at is not going to have a 4K display and I wouldn’t expect it to. Unfortunately, the colours did not seem any more vivid or vibrant than any other display I have seen. The best thing I found about the screen was the 178-degree viewing angle, meaning I could set up a movie on Netflix while folding and putting away the laundry and not miss a scene.

I was able to test both Fortnite and New World on the HP Victus 16-e0010ca, and the performance was pretty good. I experienced drops in framerate in the expected places (in the highly populated towns in New World especially, but that’s normal) and both games ran at around 60 fps consistently otherwise.

“My absolute favourite thing about the HP Victus 16-e0010ca, however, are the speakers.”

There is one thing about the Victus 16-e0010ca that I absolutely did not like, and that is the keyboard. This laptop features a full keyboard including the number pad on the right. I found myself making so many more errors in typing and finding keys than I normally would. The keys themselves felt too easy to press and close together. Many times, I would reread a passage to find that I had added extra letters to most of the words simply because I hit them in addition to the intended key.

My absolute favourite thing about the HP Victus 16-e0010ca, however, are the speakers. HP has once again included the amazing HP Dual Speakers with HP Audio Boost. They were custom tuned by the amazing team at Bang & Olufsen, and they sound great. Two speakers on the underside of the laptop pointing outward, and one on the top above the keyboard allows the sound to be presented to the listener in a way that doesn’t get muffled by the surrounding components.

In terms of ports available, there’s a considerable selection included with the HP Victus 16-e0010ca. You get 3 SuperSpeed USB-A ports, a SuperSpeed USB-C, an HDMI 2.1 port, an RJ-45 Ethernet port, and a multiformat SD card-reader. In addition, the laptop has a Wi-Fi 6 compatible card inside and Bluetooth 5.2 as well. Lots to be happy about there, especially for the SD card reader if you employ those cards in your camera.

“As what I would consider a budget gaming laptop, the Victus 16-e0010ca performed admirably given the hardware it has to offer.”

Like most gaming laptops, I had an issue with the battery life with the HP Victus 16-e0010ca. In the couple of hours it took me to write this review, having a few tabs open in my Chrome browser and nothing else, I experienced a significant amount of battery level loss (close to 50%). HP claims that the battery can last for up to 10 and a half hours, but I never saw anything close to that, even under minimal use.

What I will say as a positive is how fast the battery charges. There were multiple times during testing that I was able to get close to 50% battery charge from around 30 minutes of charging time. So not much time is needed if you want to get a decent charge from the battery before needing it. With a gigantic 200 W charging cable though, you may want to consider charging the whole battery before lugging that thing around.

As what I would consider a budget gaming laptop, the Victus 16-e0010ca performed admirably given the hardware it has to offer. There are certainly better options out there, but if you want to have a decently large screen, the capability to play games like Fortnite and Minecraft, and get some work done, the Victus 16-e0010caa is a good option, given its $1249.99 price tag.

Weight and charging time put me off using this as a daily gaming laptop, but the Victus 16-e0010ca has a place in the gaming market and can do well there.
REVIEW SCORE
7.5
File Under: 16e0010ca, Gaming Laptop, HP, Victus, Victus 16