A Visual Upgrade to an Audio Device 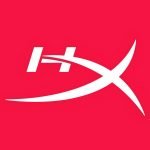 Streaming is a very visual experience, but never more than it is today. Once upon a time, a person could just send out their gameplay into the world and the REALLY good ones might include a low quality webcam (or sometimes, the camera on their XBox Kinect) off in the corner. Then came overlays and on-screen stats with a Logitech C920 and a cheap microphone.

Now people (myself included) have full frame cameras capable of 4K broadcasting and meticulously curated backgrounds consisting of  lighting and knick-knacks. There is a lot of colour and beauty to be found in a well-produced stream. So why not make your microphone pretty too. Enter HyperX Gaming with their Quadcast S Microphone. A good microphone with a beautiful look.

Unboxing the mic, you find the Quadcast S  already attached to its stand, a braided USB-C cable and an adapter for a microphone arm. That was one of the biggest differences I saw with this mic out of the box. Most microphones attach to the stand with the same piece that would attach to an arm. This isn’t a deal breaker, but one less thing to lose is always nice.  Did, however, like the touch of the slot on the back of the stand where you feed the USB cable through to plug it in.

Built into the microphone are a headphone jack for zero latency monitoring and a shockmount, which is a rare find in a USB microphone.The whole bottom of the mic is the gain dial, but beware. There are dots along the bottom indicating which direction is lower gain and which is higher, but the dial goes well beyond either limit, making it tough to gauge exactly where you are on the dial. Missing from the microphone is a mute button, but it’s because all you have to do is tap the top of the microphone and it mutes. On the back you will find a polar pattern selector, allowing you to choose from the following

Cardioid – Picking up mostly sound in front, a bit on the sides and trying to cut out sound from behind it.

Omnidirectional – Picks up sounds from any direction.

Bi-Directional – Picks up sounds from in front and behind the mic. Good for a one on one interview.

Stereo – picks up from both sides.

Plugging in the mic, it came to life with the RGB gently cycling through its colours in a wave pattern. It is a level of instant gratification that is hard to come by with a USB Microphone. Setting up the Ngenuity software was also quick and easy. The software itself does little in the way of controlling the microphone. There are sliders for mic level, mic monitoring and headphone volume. Aside from that, the remainder of controls that you have at your fingertips are for the RGB.

While the original Quadcast only lit up in red, the Quadcast S has full RGB control in the dual RGB system allowing for blended colour patterns or animation. In the Ngenuity App, the user can control the colour and brightness of the light in their microphone, but also a number of different Effects, such as the default wave, a lightning effect and so much more. In addition, you can control whether the mics lights shut off when muted or are off when live and on when muted and you can save your configuration of this and any other HyperX products you may have as a preset so you can recall these settings in an instant.

“Getting past the aesthetics of [the HyperX Quadcast S] and into the sound, it was a good sounding mic right out of the box.”

Getting past the aesthetics of the mic and into the sound, it was a good sounding mic right out of the box. The cardioid polar pattern did a good job of minimizing noise and the built-in pop filter get the plosives at bay. While it sounded good, it still picked up a minimal amount of noise that one could consider a bit off-putting.

This is not solely the fault of the microphone, though. I test in a room with a less than ideal acoustic setup because the average streamer is going to have to face some of these hurdles. Knowing how much of the sound was eliminated without processing was a big win. Taking the microphone into OBS Studio and putting some filters on it (I use reaper plugins, specifically their Noise Gate, Compression and EQ), The noise was all but eliminated.

I also took the time to test audio with other polar patterns than the cardioid, but, generally, they are not conducive to the use of these filters because they tend to involve multiple voices, which makes it difficult to make these adjustments.

Recording a video of myself with the raw audio and putting it into DaVinci Resolve (Using the Reaper Compression and EQ as above, but adding the Fairlight Noise Reduction filter instead of a noise gate) was a huge success. The sound came out very clean and, most importantly, I was able to make myself sound good, which is the whole point, afterall.

Its price tag leaves a bit to be desired, though. Aside from the RGB upgrade, there is no difference between this mic and the original HyperX Quadcast. So the potential consumer may want to consider if the colour is worth a $40 USD price hike. For a streamer, perhaps it would be (Though, if your branding and colour scheme is red, remember that the original Quadcast is already red). For someone dealing only in an audio medium, you may want to save the money.

The HyperX Quadcast s brings a visual aesthetic along with a sound quality that is on the higher end for the usb microphones, making it an appealing choice to content creators trying to add a little more flare to their broadcast.
REVIEW SCORE
8
Buy Online
File Under: Hardware Review, HyperX, Microphone, Streaming