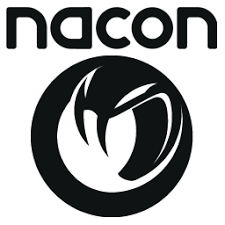 The major selling point of the Revolution X Pro Controller, on paper at least, is that it delivers just about all the pro features of the Xbox Elite 2. This includes the programmable secondary back paddles, swappable analog sticks, as well as the ability to create and save multiple control profiles to its internal memory and use them seamlessly across Xbox consoles and PCs. All this at nearly half the cost of Microsoft’s established flagship. Of course, in order to achieve this Nacon has made some obvious sacrifices.

Firstly, the Nacon RIG Revolution X Pro Controller isn’t wireless, and instead comes packaged with a detachable 3-metre-long USB-C cable to allow for wired play at a reasonable distance from most screens. In place of the removable back-paddles, the RevX has four built-in “shortcut” buttons (labelled S1 through S4) found at both the base and lower region of the controller grips. Finally, the D-pad is Nacon-stock and can’t be swapped out like the Xbox Elite 2’s can.

“The major selling point of the Revolution X Pro Controller, on paper at least, is that it delivers just about all the pro features of the Xbox Elite 2.”

That being said, most of these compromises work to the Revolution X Pro Controller’s advantage as a competition-grade controller. Strictly wired play means not having to worry about one’s battery dying in the middle of an important match, and the secondary buttons being almost flush to the controller surface makes them much harder to trip by accident than the Xbox Elite 2’s paddles, requiring more deliberate finger-presses to execute commands. The lower positioning of the S1, S2, S3 and S4 buttons on the Nacon RIG Revolution X Pro Controller’s does take some getting used to, however.

In its default configuration, the RevX feels unexpectedly light in-hand, and perhaps even a bit hollow in its construction. Seemingly to counter this, the undersides of the controller’s handles can be snapped open to reveal a pair of compartments into which interchangeable 10-gram, 14-gram and 16-gram weights (all supplied) can be inserted to give the controller more heft or shift the balance of weight to one side of the controller versus the other.

They won’t make the Revolution X Pro feel as solid as an Xbox Elite 2, but they are certainly a step in the right direction. I immediately installed the 16-gram weights as soon as I figured out how to safely pop open the compartments and never looked back, to be honest.

The overall quality of the Revolution X Pro Controller’s plastic feels a touch lower-grade, but that’s hardly out of the ordinary with most third-party controllers on Xbox, and you could easily do a lot worse. The front edges and undersides of the handles have a textured finish that is meant to provide a non-slip grip of sorts, though it isn’t as effective as what you’ll find on Microsoft’s official controllers. As far as overall looks go, however, the Revolution X Pro Controller looks and feels well-designed. This is, of course, apart from the completely unnecessary company logo eating up valuable real estate on the controller’s face where the Nexus Button should be.

“As far as overall looks go, however, the Revolution X Pro Controller looks and feels well-designed.”

Before diving deeper into the RevX’s “Pro” aspects, however, the problematic D-pad needs to be addressed. The pad is identical to the one found on another Nacon product that I recently reviewed, the MG-X Pro. I recall describing the pad as “mushy” in that review, and I’m disappointed to say that there hasn’t been any improvement made to it since, despite the fact that the Revolution X Pro Controller allows users to go into the settings of the controller app and select either a 4-Way or 8-Way D-pad configuration.

Regardless of how the D-pad is set, users can expect to occasionally hit diagonals when they actually mean to press up, down, left or right, and the issue is most problematic when navigating menus in the Xbox guide or within a game. It just seems like a missed opportunity on Nacon’s part to not include interchangeable D-pad options, considering the many other ways the Revolution X Pro Controller can be customized.

With that complaint out of the way, let’s get down to what I like about the RevX, which is almost everything else. Compatible with both current Xbox platforms and PC, the Revolution X Pro Controller goes beyond the majority of programmable controllers out there by providing an official “Revolution X” app on the Xbox Store in addition to the PC app. This way users who game primarily or exclusively on Xbox consoles won’t need to have access to a computer or a mobile phone to unlock the full feature set of the device; everything can be done via the Xbox console.

In a nutshell, the RevX software allows for the following (deep breath): Button Remapping, adjustment of the response curve for each analog stick, dead zone and sensitivity adjustment for each stick, axis inversion for the sticks, sensitivity adjustment for each of the triggers, the ability to independently tweak the strength of haptic feedback vibration for each hand grip and trigger, and as mentioned earlier, the option to switch the D-pad functionality between 4-Way and 8-Way modes.

On top of that, there are advanced premium features packed in, including a built-in equalizer with support for Dolby Atmos as well as its own 3D Audio effect when headphones are plugged into the controller, mic noise suppression, and the option to customize the colour, pattern and brightness of the LED ring that encircles the Right Analog stick.

Most of the above settings can be tweaked to a granular level and go well beyond what the Xbox Elite 2 offers. As a consequence, I initially feared that I would be overwhelmed by the setup process, but thankfully, the software provides a suite of “recommended” settings based on different game genres and scenario types that can easily be applied to each trigger or stick independently. These presets serve as a base from which players can quickly hit the ground running, have fun and come back to later once they’re ready to fiddle about some more and discover their perfect settings.

Another key difference between the Xbox Elite 2 and the Revolution X Pro Controller is that the latter product can store up to four “advanced” profiles in its internal memory. There is also a “Standard Mode” that can be programmed with just the controller and is limited to re-mapping the shortcut buttons only. By comparison, the Xbox Elite 2 can only store three profiles in memory at one time and its standard mode is Xbox vanilla and can’t be programmed.

Five profiles might seem like a challenge to keep track of, but the Revolution X Pro Controller’s aforementioned ability to assign recognizable LED colours and patterns to each “advanced” profile makes the task of telling them apart much simpler.

Xbox gamers like myself who make frequent use of the “Share” button on the standard Xbox controller but are frustrated by the lack of a dedicated button on the Xbox Elite 2 will be pleased by its addition to the Revolution X Pro Controller. It makes capturing those must-see, once-in-a-lifetime gaming moments faster and easier.

Nacon has even gone a couple of ergonomic steps further by making the button concave for easier identification by one’s thumb. They also moved the Profile button to the rear of the controller, so it can’t be confused with the Share button. As much as I love the Xbox Elite 2, these are moves that I genuinely wish Microsoft had taken with its flagship to fall more in line with its standard controllers.

That all said, the awkward and unfortunate location of the Nexus button on the Revolution X Pro Controller that I hinted at earlier can’t be overstated, given how central it is to the operation of the Xbox console. Years and years of playing on Xbox 360, Xbox One and now Xbox Series X have programmed my right thumb to reach for the spherical button in the upper-central region of the controller in order to bring up the guide or double-click it to access a variety of system shortcuts.

To do this on the RevX is to have one’s thumb collide uncomfortably with cold, hard, unyielding plastic, while its Nexus button glares at you and mocks your futile efforts just half-an-inch below. This probably won’t matter much to anyone who intends to use the Revolution X Pro Controller as their main, but it will likely prove at least a little annoying if your plan is to use the controller as a wired backup to your stock Xbox Wireless or Elite, as you’ll need to rewire your brain every time you switch.

So, should you purchase the Revolution X Pro Controller as your next Xbox controller? Really it all depends on what you currently use. If you’ve already invested in an Xbox Elite controller and use it religiously, there’s not much point in buying the RevX as well unless you need a backup for when your Elite is in the shop (which actually happens more than you think).

On the other hand, if you’ve been desiring the programmable features and extra input options that Microsoft’s Elite line of controllers offer but don’t want to shell out the $230 CAD, the Revolution X Pro Controller is a much more affordable and versatile wired alternative that you should have no objections to picking up.

Nacon’s Revolution X offers up a reasonably-priced, wired version of Microsoft’s most advanced controller and even surpasses a number of its best features in terms of functionality, making it an ideal starter controller for pros or a solid backup for seasoned Xbox Elite 2 users, provided you’re willing to make a few ergonomic adjustments.
REVIEW SCORE
8.5
Buy On Amazon
File Under: Controller, NACON, Xbox