I'm All About That Base 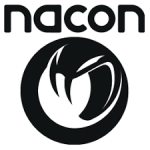 Nacon’s RIG 800 Pro HX, its latest flagship wireless headset for Xbox One, Xbox Series X|S and PC, is the official follow-up to last year’s 800 Pro LX model. It also bears a great deal in common with the 700 Pro HX that we featured on our site around a year ago in a head-to-head against its wired counterpart, the 500 Pro HX. The important thing to know for those keeping score is that the 800 Pro HX has ditched the LX’s clunky, wired Wi-Fi box for a USB-stick-style solution, similar to what the 700 Pro HX had.  It’s also the first RIG headset built for Xbox to come packaged with an optional dock, which I’ll get into a bit later.

To refer to the 800 Pro HX as a “wholesale re-skin” of its LX predecessor might sound a bit blunt, but it’s certainly not wrong as the headsets are literally identical in finish and form factor. That said, with the previously mentioned 500 and 700 Pro HX models as my closest in-the-flesh comparison points, I’m pleased to see that Nacon chose to incorporate the best build elements of both of those products into its flagship line. Most notably, the handy and flexible flip-to-mute mic from the 500 Pro HX (a feature that its big brother, the 700 Pro HX lacked) is now present, making the act of muting or unmuting one’s voice and repositioning the microphone a snap.

Meanwhile, the adjustable headband (also inherited from the 500) still allows the headset to sit gently on one’s skull for countless hours without discomfort, while the “near-indestructible” yet feather-light frame provides adequate clamping force to keep the headset securely on the wearer’s head. In fact, it actually takes a considerable amount of deliberate shaking to dislodge it. The ear cushions remain roomy, breathable and comfortable, and the familiar “three-notch” modification system for the earcups allows for quick, foolproof adjustment for different head sizes.

As with the 800 Pro LX, all the necessary buttons, control dials and ports for the HX can be found on the back of the left earcup in descending order: Game/Chat (Volume) Balance, Power On/Off, Master Volume and Micro-USB (In 2022? Why Nacon, why?). When the headset is worn, the large, ridged volume dials are large and easy to find with one’s thumb, but just like on the 700 Pro HX the centrally-located power button still requires an awkwardly long-press in order to power on or shut down the device. Tucked away below the volume dial, the Mic Monitoring button by comparison is much smaller and is a bit harder to locate, but as its sole function is to adjust how much of one’s own voice that can be heard in the headset via three preset sound levels, it’s not a feature that requires urgent access.

“The important thing to know for those keeping score is that the 800 Pro HX has ditched the LX’s clunky, wired Wi-Fi box for a USB-stick-style solution…”

The 800 Pro HX is advertised by Nacon as a 3D Audio, Dolby ATMOS-compatible product, which at the very least means that it will inevitably will be compared with other Xbox and PC-dedicated headsets falling into a similar price bracket and feature set, such as the official Xbox Wireless Headset and the Turtle Beach Stealth 600 Gen 2 MAX. Having ranked last year’s 700 Pro HX in overall 3D Surround performance as below that of both Microsoft and Turtle Beach’s then current offerings, I was curious to find out if Nacon had somehow found a way to do more with less, since the new 800 Pro HX essentially has the same 40 mm speaker drivers as its 2021 precursors.

It turns out that this wasn’t the case, however. Using my Turtle Beach Stealth 700 Gen 2 headset as a comparison point (which shares the same 3D audio technology and 50 mm drivers as this year’s 600 and 700 Gen 2 MAX headsets), I found that with every game I tested or movie I watched, the 800 Pro HX was simply outclassed when it came to overall 3D audio performance. Playing through the opening chapter of Gears 5 for example, first with the 800 Pro HX and then a second time with the Gen 2, the difference was crystal clear. Surround effects on the 800 Pro HX simply weren’t as punchy or nuanced as they were on the Turtle Beach. Similarly, when watching action scenes from some of my favourite films on Blu-ray such as Mad Max: Fury Road, the soundscapes were less pronounced and immersive.

That’s not to say that the 800 Pro HX’s 3D audio capabilities are ineffective, quite the opposite in fact. I spent two long evenings putting the headset through the paces in Halo Infinite Multiplayer and had no difficulty in discerning the sounds of footsteps, gunfire, explosions, and the like from near or far, behind or above, nor did I feel at any less an advantage than if I were using my Turtle Beach cans. The 800 Pro HX delivers excellent accuracy and sufficient impact when it counts. For a competitive player that’s likely all that matters, just don’t expect to have your socks blown off when playing or watching more atmospheric, story-driven solo adventures.

“The 800 Pro HX delivers excellent accuracy and sufficient impact when it counts.”

But while RIG headset fans shouldn’t expect any real improvement in pinpoint 3D Audio over its direct predecessors, the real difference maker that the 800 Pro HX surprisingly has going for it is the included “multi-function charging base station” which serves as both a charging dock as well as a stylish and convenient display stand for the headset. In my Nacon head-to-head comparison from last year, readers might recall how unenthusiastic I was regarding the ostentatiously-long USB dongle, which made just about any Xbox or PC that it was attached to look as though it were desperately overcompensating for something.

That hasn’t changed at all in 2022 for the 800 Pro HX, which is still saddled with the same RIG-branded, micro-lighter-sized adapter. This time around, however, Nacon has wisely chosen to steal a page out of competitor ASTRO’s dock station playbook, while also providing a simplistic yet genius solution to the dongle issue at the same time, which is to house a USB pass-through connector for the dongle in the charging stand itself. As an alternative to plugging the dongle directly into one’s Xbox or PC, users can instead slot the dongle directly into the base of the charging station, where it quite literally becomes a nearly invisible part of the dock.

In turn, the charging station plugs into the console or PC via the supplied 0.5 metre micro-USB cable, instead of the headset. Frankly, it’s a pain having to settle for micro-USB connectivity for anything in place of USB-C these days, but on the bright side micro-USB cables are cheap, plentiful and available in many different lengths, so if the cable provided is too long or short for one’s needs, a more suitable replacement can be found or purchased easily.

“During my time with the 800 Pro HX, not once did I encounter any kind of distortion, static, or snap-crackle-and-pop that I’ve grown accustomed to hearing from wireless headsets over the years.”

While I normally loathe the presence of wires in what is meant to be a “wireless” setup, this particular solution has a lot of things going for it visually. For starters, the 800 Pro HX looks really cool when docked in its angular, matching stand, and the built-in magnetic connectors that help to guide the headset into the bespoke grooves ensure that it always appears symmetrical and display-ready when docked. Even if you aren’t using the headset that often, you’ll still want to leave it in the unplugged stand just to show it off, charging it only when necessary.

The RIG logo is front-and-centre on the base and the large LED light just above the branding clearly indicates with a red glow when the headset is charging, turning off when it’s fully charged. The 800 Pro HX boasts up to 24 hours of battery life, and after squeezing out two weeks of average daily usage from a full 7-hour charge, I can confirm it easily lives up to that claim.

Signal stability is rock solid. During my time with the 800 Pro HX, not once did I encounter any kind of distortion, static, or snap-crackle-and-pop that I’ve grown accustomed to hearing from wireless headsets over the years. It’s a promising sign for would-be buyers that are entertaining the thought of using this headset at a competitive level.

The only real obstacle that I see facing the 800 Pro HX is its MSRP. Both Microsoft and Turtle Beach’s equivalent products, the Xbox Wireless Headset and the Stealth 600 Gen 2 MAX, both come in well under the 800 Pro’s nearly $200 CAD price tag, offer more immersive 3D audio, and throw in additional features like Bluetooth, built in EQs or “Superhuman Hearing” modes. Turtle Beach’s product even offers double the battery life, making Nacon’s stripped-down offering a harder sell. But if you’re an uncompromising competitive player that’s after a feather-light headset built for punishment and endurance that can also bang out 3D Surround and look sharp on the shelf, then the 800 Pro HX still comes highly recommended.

Nacon RIG’s 800 Pro HX is a flagship competitive headset that prioritizes lightness, durability and endurance over the bells and whistles of its lower-priced rivals, but still manages to add some unique flash and desirable quality-of-life improvements via its optional charging stand.
REVIEW SCORE
8.5
File Under: NACON, RIG 800 Pro HX, Wireless Headset