If It Ain’t Broke, Just MAX It 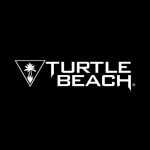 In recent years, Turtle Beach’s Stealth line of headsets has risen to become the unsung hero of wireless surround sound for gamers, particularly on Xbox console platforms where there are few competitors offering equivalent products in the budget to lower-mid tier price range, which happens to be Turtle Beach’s area of specialty. In fact, as I previously pointed out in the opening of my 2021 review of Microsoft’s Xbox Wireless Headset, up until that product’s release, Turtle Beach had stood as the only player in the market with a genuine wireless surround sound Xbox headset priced at $130 CAD and a premium version offering simultaneous stereo Bluetooth connectivity at only $200 CAD.

These two headsets, of course, were the Stealth 600 Gen 2 and 700 Gen 2 respectively, both of which were marked improvements over their originals in just about every way and wisely incorporated the best aspects of wireless technology standards and design innovations at the time (and arguably right up until the present) without charging an unreasonably inflated price. While it wasn’t without its flaws, the Stealth 600 Gen 2 was easily one of the best value offerings of its time in wireless gaming audio for Xbox One and Xbox Series consoles.

That being said, after nearly a year-and-a-half on the market, the “Designed for Xbox” Stealth line has been long overdue for a refresh. Surprisingly, Turtle Beach has addressed this by not only updating the existing 600 and 700 Gen 2 models under a new “MAX” designation, but also adding a third, more streamlined, Xbox-compatible-only variant called the Stealth 600 Gen 2 USB, which will retail for under $100 USD. The following review is for the Stealth 600 Gen 2 MAX, which appears intended by Turtle Beach to represent the “new sweet spot” for most gamers in terms of features and price.

What really sets the 600 Gen 2 MAX/Gen 2 USB headsets apart from 2019’s Gen 2 line is that all the new Stealth headsets employ 2.4Ghz wireless technology via a proprietary USB dongle, instead of the dongle-free, Xbox Wireless protocol used in the previous two generations. An immediate upside of this change is that in addition to supporting three competing options for wireless surround sound on Xbox (i.e., Windows Sonic, Dolby Atmos, and DTS X), the USB dongle supplied with the MAX models also allows for more basic wireless stereo connectivity with PC, PlayStation 4|5 and Nintendo Switch consoles (the latter when in docked mode, of course), all with the simple flip of a switch on the dongle itself.  By contrast, the 600 Gen 2 USB’s dongle only works with Xbox consoles and, as such, lacks such a switch.

“What really sets the Gen 2 MAX/Gen 2 USB headsets apart from 2019’s Gen 2 line is that all the new Stealth headsets employ 2.4Ghz wireless technology via a proprietary USB dongle…”

Now the downside, at least from my point of view. I’ve owned both the original Stealth 600 and Stealth 600 Gen 2, and I currently main the Stealth 700 Gen 2 as my go-to wireless surround sound headset, so you can say I’ve grown extremely accustomed to Microsoft’s patented “Xbox Wireless” technology as a quality-of-life feature. The ability to press the power button on my headset as if it were an Xbox controller, automatically turn on my Xbox console and have the headset magically sync to it in seconds without the need for a wireless dongle (not to mention turn off automatically when I power down the console) is a Microsoft dark art that I continue to marvel at every time I use it.

It’s a feature that I have a hard time imagining myself going back to living without, especially since every USB port on my Xbox Series console is already spoken for, and I can’t afford to sacrifice even one of them just to plug in a dongle. That’s why Turtle Beach’s decision to drop support for Xbox Wireless after two generations of Stealth headsets and fall in with the rest of the competing dongle crowd feels a bit…like a betrayal, to be honest.

Of course, I can’t really fault Turtle Beach if their main motivation was reliability. Not once while using the 600 Gen 2 MAX in Xbox Mode did I experience an interruption in signal, nor did I hear any crackle or distortion while playing. I also didn’t encounter any strange startup issues, such as turning on the headset and seeing it connect to my Xbox only to have it turn itself back off seconds later, requiring a second powering on. These are all issues that I’ve encountered at one point or another, all with the previous generation Stealth headsets I’ve owned. While none of these issues were dealbreakers for me, I certainly did not miss them while using the MAX.

Finally, battery life has apparently benefitted as well, thanks to the inclusion of the dongle, with the 600 Gen 2 MAX in particular receiving a boost of up to 48+ hours of total game time, more than triple the endurance of its direct predecessor. Case in point, as of this writing, I’ve been using the headset on and off for over a week and have yet to receive a low-battery warning.

“Not once while using the 600 Gen 2 MAX in Xbox Mode did I experience an interruption in signal, nor did I hear any crackle or distortion while playing.”

With all the dongle-talk out of the way, how else is the 600 Gen 2 MAX improved from the 2019 version? Well, practically speaking, dongle operation and battery life aside, there’s barely any difference at all. Appearance-wise, the Stealth 600 Gen 2 MAX is an exact doppelgänger for the “non-MAX” edition we reviewed back in 2019, so it can literally be said that Turtle Beach didn’t bother trying to “break the mould” with this new revision. Button and port placements are identical, build quality, flip-up-to-mute mic, glasses-friendly “ProSpecs” ear cushions and overall fit are all the same.

Marquee features such as Superhuman Hearing, Mic Monitoring, and Audio Presets all make a return. As for audio performance, the 600 Gen 2 MAX and 700 Gen 2 MAX use the same 50 mm drivers with Neodymium magnets as the 2019 models, and I personally found the MAX’s surround sound profile to be indistinguishable from that of 700 Gen 2 cans. I didn’t even need to go into the audio settings for my Xbox Series X or my Dolby Atmos for Headphones app to adjust for the switch to the MAX, as there simply was no need. As far as the software was concerned, it’s the same headset from two years ago.

I also briefly tested out the headset in “USB Mode” on both my PS4 and PC and was impressed by the clean and rich sound it produced. Turtle Beach makes it very clear in the supplied documentation that the MAX’s surround sound only works when connected to an Xbox, but the headset is hardly a slouch when delivering a stereo signal. The reality, of course, is that most surround sound audio in modern headsets is simulated anyway, and on PC, in particular, one can access the same Dolby and DTS apps currently available on Xbox to effectively simulate surround with even basic wireless USB headsets. Frankly speaking though, the MAX’s stereo performance is so good that you probably won’t even feel the need to bother.

If you’ve read this far and plan to buy one of the new Stealth models as your next headset, there are some colourway considerations you’ll need to be wary of that weren’t factors the last time around. In an odd move, Turtle Beach has chosen to bestow the signature Xbox Black & Green trim of the previous 600 Gen 2 model upon the new, entry-level Gen 2 USB version alone, alongside a Basic White model that matches last year’s offering. The 600 Gen 2 MAX gets a Plain Black option with no green trim (boo!), a very sexy Midnight Red as well as a very cool Arctic Camo option. Finally, the 700 Gen 2 MAX (which like its predecessor, adds Bluetooth at the premium cost of $199.99 USD) can be purchased in either Cobalt Blue with Orange trim (another great look) or a Black with Silver trim that matches the look of the last gen model.

Ultimately, at $129.99 USD (approx. $168 CAD) the Stealth 600 Gen 2 MAX offers up a compelling value proposition for Xbox gamers looking for a wireless surround sound headset, but that mileage will vary depending on one’s primary use case. If you only plan to game exclusively on Xbox, you’re likely better served by cheaper options such as the 600 Gen 2 USB, which strips away compatibility with the other consoles as well as PC and Mac but retains everything, or the official Xbox Wireless Headset, which adds dongle-free operation and Bluetooth at the expense of slightly less powerful drivers and shorter battery life.

The ideal user for the 600 Gen 2 MAX is thus an Xbox gamer who 1) already owns multiple gaming machines, (e.g., PS4, PS5, dock-able Nintendo Switch, PC and/or Mac, 2) intends to get the most out of that headset’s compatibility with other consoles and devices, 3) doesn’t mind paying a bit extra for the privilege. If you fall into the latter category (and don’t need the Bluetooth functionality of the pricier 700 model), the Turtle Beach Stealth 600 Gen 2 MAX is unquestionably the headset for you.