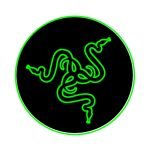 Long have I been fascinated with wireless technology. I’ll never forget the first time I laid eyes upon the Nintendo Wavebird. Its sleek design, coupled with the freedom of being unbound by wires made me fall in love with it instantly. As time goes on, and more devices come equipped with Bluetooth, it makes one wonder why most things are still bound by wires, dangling about and being a nuisance. If I had a nickel for every pair of headphones were rendered useless by snapped wires caught in subway terminals…well I’d have maybe 20 cents, but you get the idea.

In the realm of gaming, where a sturdy pair of headphones, or headsets can radically alter the immersion of an experience, it becomes imperative to reduce the amount of things tying one to the physical world as much as possible. This is where the Razer ManO’War comes in.

The ManO’War is the latest offering from Razer and it’s quite a decent headset. Like most Razer headsets it as a sleek, albeit bulky design, aesthetically not unfamiliar to that of the Tiamat or even the Kraken. The 60mm ear cups fit snugly around your ears, although the padding on the frame and cups do leave a bit to be desired. Perhaps it’s odd to say they’re too soft, but the problem does lie in their lack of firmness, and while they sat comfortably, I found my ears pressed up against the speaker ever so slightly, but enough to become noticeable. The frame padding adds to this, coupled with the unit weighing in just under a pound; after a couple of hours, it did start to agitate my head and I had to take a break from them.

The ManO’War offers a 20-20kHz frequency response, and the immersive 7.1 channel virtual surround sound paired with the high-performance 50 mm Neodymium magnet drivers offer an unparalleled listening experience. Sampling the audio with a round of Left 4 Dead 2, the surround sound gave me clear idea of where everything was, which was usually all around me. Hearing their screams, as well as frantic bullets ringing out from all sides added incredibly well to the tension and the immersion.

Couple that with a seamless 2.4 Ghz USB connecter that boasts up to 40ft of connectivity, and you’ve got optimum sound at maximum freedom. The extendable mic hides nicely within the left ear cup and is incredibly flexible and durable, bending and conforming to whatever shape you give it. The mic also boasts a frequency response of 100–10kHz and sensitivity of -38 ± 3 dB(@1 kHz).

The unit is built for convenience with the USB dongle storing safely within the ear cup, headphone and headset volume sliders tucked on the right and left cups respectively and virtually no setup. Battery life is phenomenal, boasting up to seven days of gaming time on a single charge. The unit also features a fairly smart self-shutdown, powering off after only a minute or two of disuse.

Overall, I’d highly recommend the ManO’War to anyone looking for a top quality, wireless gaming headset despite my own reservations about the unit (which mostly comes down to a preference in comfort). Razer remains one of the leading figures in quality gaming products, and with the ManO’War, it’s not hard to see why.

Razer remains one of the leading figures in quality gaming products, and with the ManO’War, it’s not hard to see why.
REVIEW SCORE
9
File Under: Headset, Razer