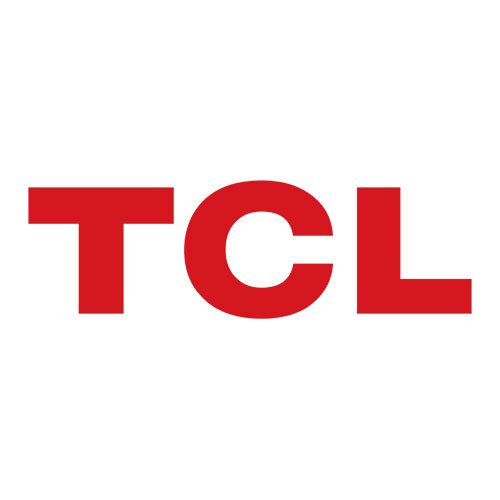 TCL or “Telephone Communication Limited” is a lesser-known company in North America, more known for their TVs than they are known for their cell phones. While they may have used Blackberry’s brand name for the production of the KEY2, recently TCL has started producing cell phones under their own name and brand. Today we are looking at one of their latest models, the TCL 30 XE 5G, part of their 30 Series lineup. Listed at $355 CAD, the 30 XE is targeted more at the budget to lower mid-range class of users. Running alongside competitors such as the Samsung A13 5G, can TCL bring enough to the table to make a bigger name for themselves?

Unboxing the phone is your fairly standard experience as with most phones these days. You get the phone, a USB-C charging cable with power brick, SIM Card eject tool and some basic paperwork. No headphones or case, unfortunately. The box itself shows a photo of the phone along with TCL branding and notable specs and features of the phone.

The TCL itself is made of a sturdy-feeling matte plastic along the sides and back with a flat glass display. The side buttons are also made of plastic. Not a dealbreaker considering the price, and should be solid enough to satisfy most users. Along the top of the device is a microphone and a headphone jack, a very welcome addition in my opinion. Along the bottom, you will find another microphone, a single firing speaker, and the USB-C port for charging and data transfer.

The sim tray along the left includes a single sim card slot and SD card slot supporting up to a 512 GB card, something I personally wish flagship devices continued to incorporate. Along the back you will find the triple camera array along with a snappy and accurate fingerprint reader. On the front you find a teardrop notch for the single selfie camera, the earpiece speaker and the pleasantly smooth 90 Hz 720p display.

“Using the TCL 30 XE 5G as my daily device for the last little while has been an interesting experience.”

Upon booting up and setting the phone up for first use, you are greeted by one of your first notable surprises, a nearly stock build of Android 11. TCL is claiming to offer two years of security and software upgrades so, it will be interesting to see whether they follow through with that on a budget device. Most included stock apps are built by Google, although TCL includes their own camera and music player apps, along with a few others including a compass app, notes and even FM tuner app! That being said, those wanting to use the FM tuner will need to plug in a set of headphones to use it.

Using the TCL 30 XE 5G as my daily device for the last little while has been an interesting experience. Coming from my current flagship Samsung Galaxy Z Flip3 5g, the TCL 30 XE 5G was able to comfortably fit into my lifestyle and daily use without too much compromise. The reasonably large 64 GB of on-board storage was able to allow me to download all my apps without any hassle. Any files I needed on the go I stored on an SD card.

The built-in 4500 mah battery was able to easily get me through a day and a half of fairly heavy use with tasks of snapping several pictures, messaging/calls, GPS use and even some moderate gaming. I was always going to bed with over 40% battery life and over 5 hours of screen-on time, all while having Bluetooth and 5G antennas enabled.

“The built-in 4500 mah battery was able to easily get me through a day and a half of fairly heavy use with tasks of snapping several pictures, messaging/calls, GPS use and even some moderate gaming.”

Apps all launched quickly and ran smoothly without any notable issues thanks in part to the 4 GB of onboard RAM. This means browsing the web and scrolling endlessly through your social media feeds will feel generally seamless. Videos looked sharp and crisp despite only being a 720p display. Watching videos on the 6.52” screen meant I didn’t have to squint to see what I was watching, like on smaller phones of yesteryear.

The 90 Hz display made the device feel much more premium that competitors in this class of device. Many other devices still only offer a 60 Hz display. TCL’s included NXTVision software shines in this aspect as it helped to enhance the media I was viewing. Even under bright sunlight, the display was fully readable and clear, something those constantly outdoors will appreciate.

Charging the phone when the battery was low was done at a respectable 18W, far from the slowest on the market but certainly not as fast as much more expensive phones. I found it generally took about two hours to completely recharge the phone, perfectly acceptable for those charging the phone at night or at a desk, not so much for the on-the-go user.

“TCL has done an overall superb job with the TCL 30 XE 5G, they have certainly produced a great value phone for the price.”

With all the great stuff TCL has managed to pack into the TCL 30 XE 5G, there are bound to be some negatives, right? Unfortunately, this is all too true being a less expensive phone. Many times, I found myself wishing I had my Samsung for its photo quality. The included rear camera array TCL includes worked alright in well lit environments but inside with less-than-optimal lighting, images often came out blurry, grainy and did not produce an image I would want to share with others.

The same can be said for the selfie camera. In bright lighting, images look acceptably sharp but are not overly flattering. On top of that, while the single firing speaker can get adequately loud for a quiet room, I found it to be rather “tinny” at higher volume. I also found myself missing the stereo speakers on other past flagship level devices I’ve become accustom to.

All that being said, it is important to remember that the TCL 30 XE 5G smartphone wasn’t built to impress high-end users such as myself. While I’d love to sit and tell you that I wish it had features such as wireless charging or an IP rating, it was made for the user who doesn’t want to spend a small fortune on a device. Someone looking for a device that can do day-to-day tasks without breaking the bank but still wants modern comforts with some of yesterday’s tech as well.

I thoroughly enjoyed my time with the TCL 30 XE 5G smartphone. It really goes to show that you don’t need a high-end flagship to do a lot of regular tasks these days. Smartphones have come a long way in the last several years, even the budget market has greatly stepped up their game. TCL has done an overall superb job with the 30 XE 5G, they have certainly produced a great value phone for the price.

TCL has produced a great value device for those frugal users looking for an all-around device who don’t want to spend a fortune.
REVIEW SCORE
7.5
File Under: Smartphone, TCL, TCL 30 XE 5G