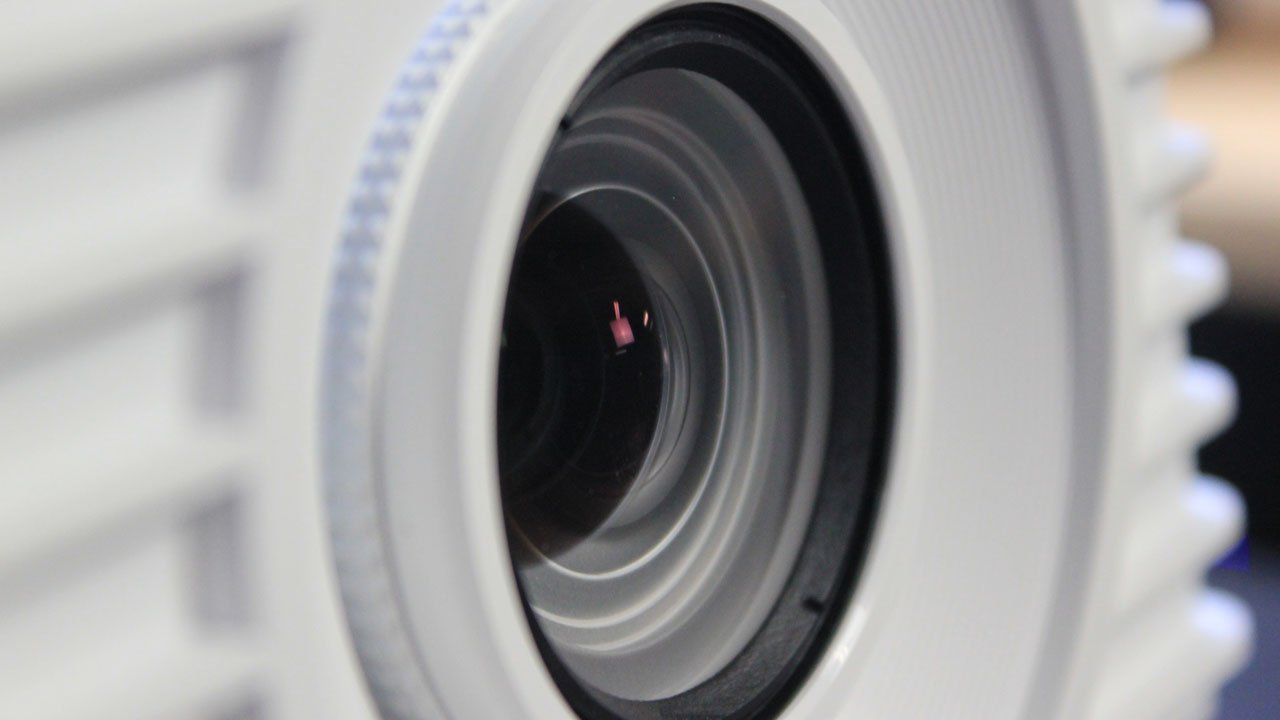 The Viewsonic PJD7822HDL is a projector with a RRP of $1,299 that boasts two HDMI inputs, supports 3D Blu-rays, and features a powered USB port ideal for Chromecast or Roku streaming sticks. It’s priced itself to a point in the market where it clearly wants to be the projector for anyone, but has thrown in enough features to make itself a good option by spec-sheet alone. So what’s the experience of using it like?

Happily, the PJD7822HDL is a cinch to set up – the supplied power cable runs 6ft, it’s lightweight for mounting to the ceiling, and features the typical options you’d expect for flipping and mirroring the screen. I set mine down on a high table, and was able to use the focus and zoom lenses to get a sharp clear picture thrown onto the wall in front of me in mere seconds. And that picture is bright – backed by a 3200 lumens bulb, I often found myself forgetting to turn off lamps in my home while I tested, such was its effectiveness at cutting through ambient light.

As for the picture quality, I often forgot that I wasn’t watching on a conventional screen – the 1080p image remained crisp and sharp with accurate colour reproduction and no motion blurring. While watching some Jessica Jones, I did notice that the black levels are far from ideal, with dark scenes looking a little murky and swallowing some detail, but not often enough to have me reaching for the brightness control.

I was initially disappointed to note that there was only one IR receiver on the front of the unit, since I had it set up behind me, but I was able to bounce the IR input off the screen without issue. There probably aren’t too many home theatre enthusiasts who plan on using the built-in speakers, but I was surprised by how tolerable they were. The volume wouldn’t overwhelm a noisy room, but it’s mostly free of distortion until a soundtrack starts to veer into Michael Bay levels of juddering bass.

The clarity of the images was so impressive that I hooked up my PS4 to see how it would fare with latency and motion blur. Playing Fallout 4 on a crisp, clear 85” screen was completely engrossing, but hardly the best test for controller response time, so I fragged my way through a few levels of Doom to satisfy myself that the projector could handle twitchy, pixel-perfect gameplay.

Even when running for hours at a stretch, the PJD7822HDL makes no noticeable impact to the room temperature. I sat one foot away from the right side of the projector and didn’t feel any heat emanating from the unit. The fan runs at a constant whirr as it vents hot air out the front, making it easy to tune out even during quiet scenes, and the heat is pushed towards the projected image – a sensible design, since that’s the guaranteed spot nobody would block.

The PJD7822HDL is quite a marvel, packing an impressive all-around package that should satisfy anyone interested in installing a projector in their home theatre. The images it produces are terrific, with only minor caveats, and it’s equally capable of showing films and fast-paced videogames. Those clinging to their 3D movie collection will enjoy that the format is supported, and everybody else can take comfort in all the quality-of-life decisions that have gone into the design of this unit.

The PJD7822HDL is quite a marvel, packing an impressive all-around package that should satisfy anyone interested in installing a projector in their home theatre.