Coming Around On The Curve 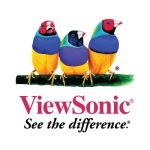 When I was building a PC last year, the thing that I overlooked—or at least didn’t put as much thought into at first—was the monitor. Despite being the component that we interface with the most next to the actual inputs, it’s easy to take your display for granted. But ViewSonic’s VX2718-PC-mhd monitor has given me new appreciation for this field.

The VX2718-PC-mhd is a 27” curved gaming monitor, part of ViewSonic’s VX Entertainment Series and thus a more casual alternative to their XG line for gaming diehards. I was impressed immediately out of the box with its size and solid construction, measuring 24” x 18.7” x 8.8” and perching atop a two-pronged stand.

At first, however, my eyes weren’t quite sure how to grok its curved display. By ViewSonic’s own literature, curved monitors offer a more immersive experience with less distortion and more field-of-view than flat monitors. They’re supposed to be more comfortable for your eyes, but I definitely took a little time to adjust.

After a couple of weeks of prolonged use and occasional readjustments, I had forgotten that the VX2718-PC-mhd was curved at all. The display is totally natural now, looks great from any angle, and truly does stress my eyes less. With my vision, a couple of hours of staring at traditional computer monitors would have me running for my glasses, but not with ViewSonic’s modern display.

“After a couple of weeks of prolonged use and occasional readjustments, I had forgotten that the VX2718-PC-mhd was curved at all.”

For input, the VX2718-PC-mhd offers two HDMI ports and one DisplayPort, with toggling handled by the handy five menu buttons on the underside of the monitor. This versatility was a welcome surprise, especially after coming off of a dual-DVA and VGI setup. With this, it’s possible to turn your desktop into a media centre without requiring a dedicated TV for your game consoles—possibly saving some room in tighter workspaces by foregoing a second monitor.

Another pleasant surprise was its dual-integrated speakers. While they may not hold a candle to more advanced solutions, they offer a respectable sound that’s convenient for situations where you might want to forego headphones.

Few downsides come to mind for the VX2718-PC-mhd. It can be tilted up or down on its stand, but not horizontally, which may present issues for certain setups. I also found its brightness initially overwhelming at full power, but fortunately it still looks great at lower levels, which can easily be toggled with Eco modes. Likewise, the volume caps a little higher than I like from a device that sits in my face.

“For input, the VX2718-PC-mhd offers two HDMI ports and one DisplayPort, with toggling handled by the handy five menu buttons on the underside of the monitor.”

After months of use in everyday situations and gaming, I can only highly recommend this monitor for those with more modest GPUs. It feels like one of the most impressive components of my new gaming PC setup, from its capable output to cherry-on-top bonuses like the extra inputs and speakers. It achieves a lot of power and convenience at a respectable price point, which should serve the majority of gamers pretty well.

Count me fully in the curved monitor camp. In fact, I’m now dreaming of grabbing a second unit to build my own half-panopticon of quality displays.