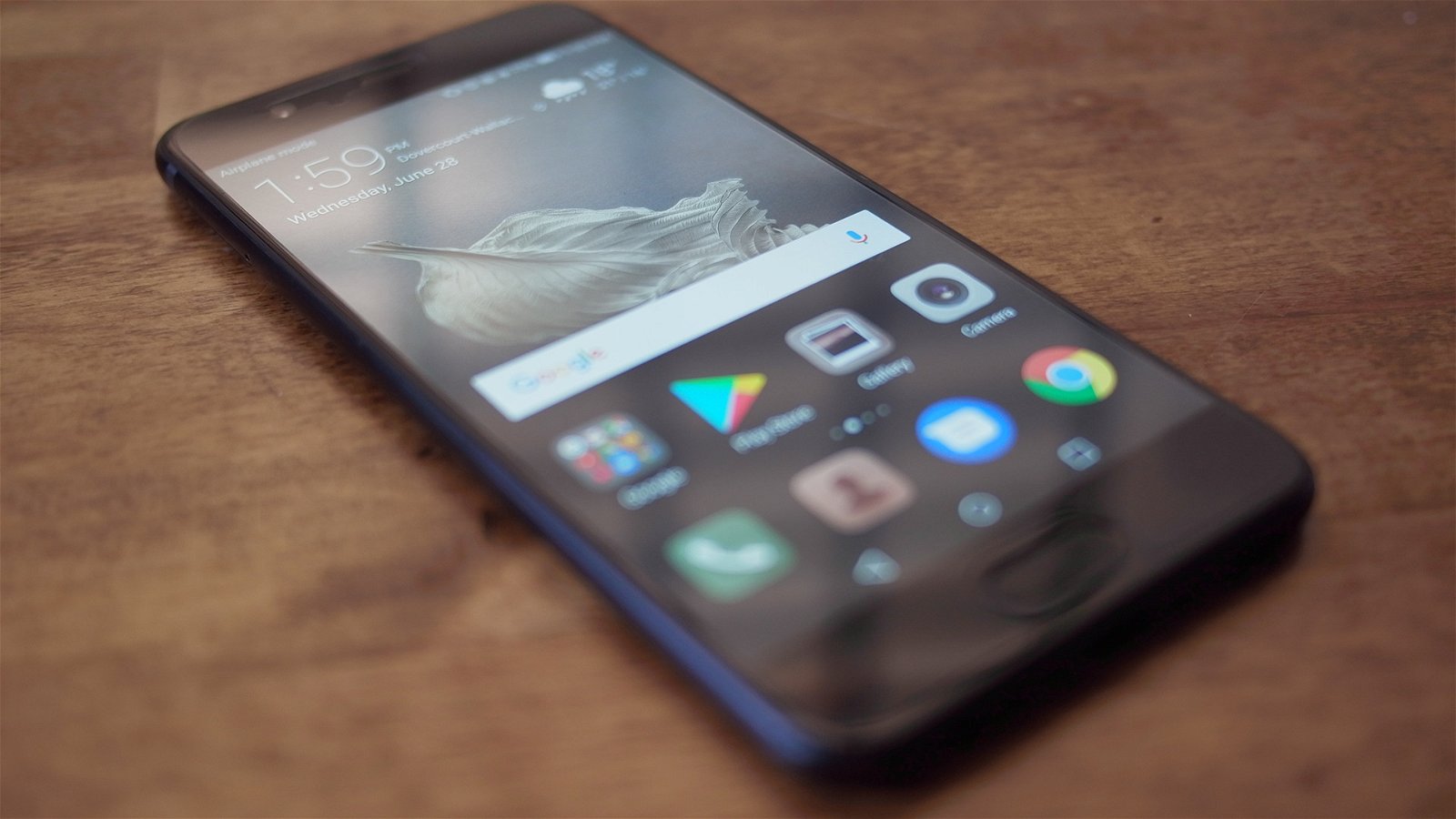 With so many smartphones currently for sale it can be hard for a particular model to stand out from the crowd, especially in the realm of flagships. With a slew of fantastic devices already out and new ones constantly added to the lineup of phones available, it takes something special to be noticed. This is what Huawei is attempting with their latest offering, the P10—a powerful device, with a slew of features. Aside from a few notable hiccups, this phone manages to be a enjoyable offering from Huawei.

At first glance, you would be forgiven for mistaking the Huawei P10 for an iPhone 7. Especially with the dark grey variant, the phone feels heavily inspired from the Apple device—all the way to the two-tone back with darker camera area at the top of the device. Despite the similar look, the P10 feels solid and built with quality. From the all-metal exterior to the Gorilla Glass 5 and all the way to the fit and finish of the buttons, this is a device that looks impressive and does not disappoint.

In the hand, everything feels well thought out. The slightly indented area around the power button makes for easy on/off action of the device. The placement of the fingerprint scanner on the bottom of the front—while not anything revolutionary—works very well and is surprisingly fast. I never found it an issue to use, and often it will turn on almost instantly from the point of placing my finger on the device. There are some intelligent design choices in the device, and while I am not a fan of the overly similar Apple iPhone 7 aesthetic, it all works and feels like a great device in the hand.

The Huawei P10 manages to be startlingly thin, measuring only 7mm, and with a weight of 142g it was never a burden to use, even over long periods of time. The P10 we reviewed comes with 64GB storage, with the option of expanding it with an external SD card where you can add an additional 256GB if desired.

The fingerprint scanner also manages to double-up as advanced navigation controls, should you wish to avoid the onscreen Android navigation. Similar to some other single button phones such as the Zuk Z2 or the Apple iPhone, the different presses on the home button will let you to make the standard Android actions such as back, running apps, and homescreen. While not my ideal way to navigate the phone, in testing it worked well, and for anyone coming over from an iPhone it is a good way to help with the transition.

The display of the P10 is a 5.1-inch, 1080p display that utilizes an IPS-NEO panel. In testing I found the panel to be beautiful to look at. Blacks feel very black (although not as black as you would find on AMOLED panels) and whites feel noticeably crisp. The brightness on the display was very vibrant, often requiring it to be at around 50% for it to be comfortable in everyday use, although I did push it higher to see while in direct sunlight. Viewing angles were also fantastic, and even off-angle viewing was a pleasure to use.

The P10 comes with Leica’s branding on its camera, and while I have to say this is one of the better phone cameras I have tried, it is sadly not the best. The phone comes equipped with a dual-lens setup on the back of the phone, a 20-megapixel monochrome sensor and a 12-megapixel RGB sensor. Huawei claim this dual setup will increase the bokeh effect along with much improved black and white photos, and they are not wrong. Overall I found the black and white photos the P10 produced to be stunning. Even in low light I never had a real issue. The biggest problem I faced was with low light colour images, and while they were not terrible, they do not stand up to the Apple iPhone 7 or the Samsung S8. Being limited to an f/stop of f/2.2 is a bit low, especially when compared to the likes of the f/1.7 on the S8 or the f/1.8 on the iPhone 7. That being said, the camera does its job, and with good lighting you will be able to take some truly stunning shots.

The rear camera also allows for some rather nice 4K video at 30fps, or if you are so inclined, 1080p video at 60fps. Both come out well, and if you are a blogger or someone who frequently need a camera for events you are at, the P10 will serve you well—although it can look shaky at times if you don’t have a form of stabilization such as a tripod.

For the selfie lovers out there, the P10 has not forgotten you. The phone comes with an 8-megapixel, f/1.9 front facing camera that performs well in low light and brightly lit spaces, although as with the rear camera, if you want the best photos possible, lighting is your friend.

Performance wise, the P10 is no slouch. At the core of the phone is the Kirin 960 chip paired with the Mali G71 MP8 GPU and 4GB of RAM, and the phone in all testing managed to show itself off as a flagship device. Though daily activity, gaming, use of social media and other apps, I never saw any noticeable slowdown or lag with the P10. It was a dream to use, and overall, fared far better than I expected.

In the standard series of CGMagazine benchmarks, the P10 faired rather well, scoring a 2,629 in the GPU focused 3DMark: Slingshot test, falling behind the Pixel that managed a 3,460. In our Geekbench 4 tests, the P10 managed a 1,866 in single core, along with a 5,691 in multi core testing, beating out the Google Pixel that achieved a 1520 and 4,100 respectively.

When gaming, titles such as Mortal Kombat X, Riptide GP2, and Banner Saga 2 all ran flawlessly. I saw no noticeable drops in framerate though all testing, and while some of the games did take a few moments to start, once in, everything worked as one would hope. The P10 did get noticeably hot after longer gameplay sessions, although this is nothing I haven’t seen on other devices, and not to the point I would worry.

Call quality on the P10 was good, I experienced little to no call dropping, and even when in a car or bus, the phone managed to keep signal with no issues. The speakers for calls were good and can even take calls in loud, crowded areas such as E3—although some clarity can be lost at higher volumes.

The P10 comes with a Huawei’s Emotion UI 5.1 skinned Android 7.0 Nougat. While I don’t hate the Emotion UI, I also don’t see a point in today’s world of Android. Back in the day, Android was a rough experience, lacking some important features, but over the years, Google has worked hard to fix all these hard edges, building a very capable, fluid OS with a nice aesthetic. There is nothing overall offensive with what Emotion UI does, it just superfluous in today’s Android landscape.

For myself, the battery has quickly become one of the most important features of any flagship device. It is great to have a phone that can do all the things you can imagine, but if it can’t last a day out, you never get to experience these features. The P10 is serviceable in this regard, and while it cannot touch the Moto Z Play when it comes to battery longevity, it is serviceable for most people’s uses.

Packing a 3,200mAh, non-removable battery, the P10 will last most people throughout a normal day’s use. Picking the phone off the charger at around 7AM I managed to have around 20% battery by the time 10PM rolled around. This is with standard use including some phone calls, a video or two on YouTube and music throughout the day. I did see a noticeable drop in battery performance when at a crowded event such as E3, where the phone would struggle to get service and I needed to check emails or other online services.

While the battery is not the best I have seen in modern Android phones, it manages to hold its own. If you are just planning to use the phone for standard tasks with some media and gaming, you should have no problem making it through a day with ease. Should you need to charge the P10, it comes equipped with Fast-Charging, so you should be fully topped up in an hour or so.

The real question is, “does the Huawei P10 stand up when compared to other flagship smartphones currently on the market,” and that is a hard question. In some ways, the P10 is a fantastic device. It is built with care, has a fantastic screen, and comes equipped with cameras that can produce some stunning results. But it also makes some compromises in terms of a lower resolution display, the camera being a bit worse than what Samsung or Apple have on offer, and lacking some of the bells and whistles other phones have on offer. With that said, the Huawei P10 is an enjoyable device, and one that, unless you are trying to push to its limits, will handle anything you can throw at it. A solid piece of hardware and one that anyone would enjoy using as their daily phone.

The Huawei P10 is an enjoyable device, and one that, unless you are trying to push to its limits, will handle anything you can throw at it. A solid piece of hardware and one that anyone would enjoy using as their daily phone. 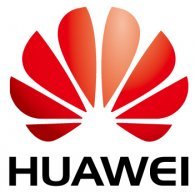