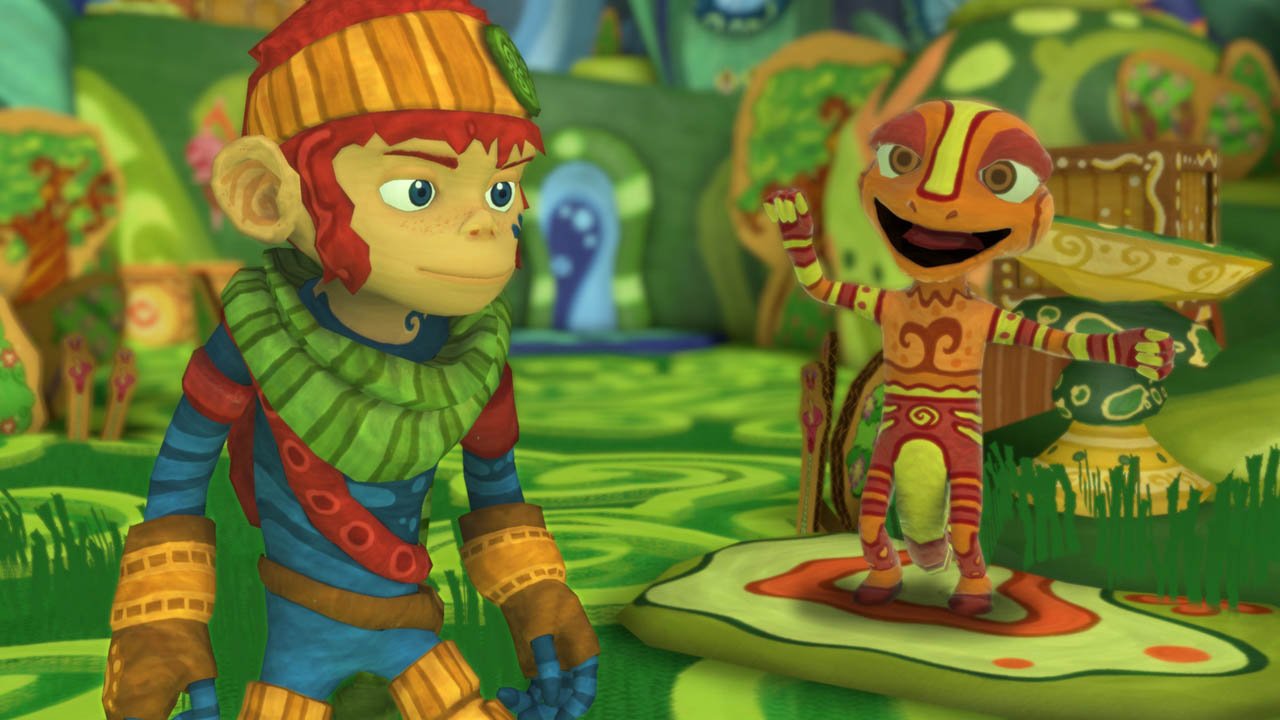 I loved the original Banjo-Kazooie. That American-South-inspired bear and his brightly-coloured sidekick were a part of my childhood, and set the bar for me when it comes to cartoon platformers with collectable elements. As such, I may find myself comparing The Last Tinker: City of Colours to that old Rare standby, though that’s not really fair. What you get is a surprisingly fun, vibrant romp that doesn’t last nearly long enough and feels like it threw in several elements for the sake of the platformer checklist, rather than realizing them.

Now, I call The Last Tinker a ‘platformer’, although technically there’s little platforming to be had – you cannot jump manually after all. Your only ability to leap manually exists when riding cargo lines, zipping along and leaping from cable to cable. You can leap across small perches, your simian protagonist hopping automatically if you hold the space bar and the proper direction. I was worried about the control system, at first, fearing that it would be imprecise and lead to repeated falls. This was not the case; when I did screw up one of the movement-based puzzles, it was due to misreading a sequence or clue.

The environments and navigating them and their puzzles are the game’s strongest point, and while they aren’t at all hard on normal, they kept me engaged to the game through the (surprisingly short) play time. Leaping along tentacles microseconds before the last one falls tends to excite, especially when it’s not unfair. The game’s diverse powers, manipulating anger, fear, and sadness through the colours red, green, and blue respectively (though why fear doesn’t coincide with yellow is beyond me, since it’s the more classical association and would mean your powers would coincide with the three primary colours). What’s important is that there’s a wide range of applications for said powers – combining them with your expendable mushroom-headed allies or even with enemies lets you tackle problems with finesse. The control scheme is surprisingly intuitive and, more importantly, convenient, making use of the mouse wheel and buttons along with the WASD territory of your keyboard, an important consideration for a game such as this. It was easy to move about, and without bad controls to wrestle with, I found myself having fun exploring off the beaten path and solving the variety of puzzles presented.

But in the end, I started to notice the flaws because I was engaged in the game. The world is beautifully coloured and designed, with expressive characters and eye-catching designs (especially since the game’s three main areas use a single colour each). The character designs are rather impressive, with each ‘race’, for lack of a better term, immediately recognized along with their associated emotion. Even the milky whiteness and grey tones of the Bleakness, your main antagonist, is impressive, oppressively consuming areas as the piles of slime reach and slither after you as you pass. It’s not unique, and you could compare the Bleakness to Kingdom Hearts‘ Heartless in terms of physical design and mentality, but I don’t consider it a blatant rip-off. There are pop culture references like the Bob-Ross clone who serves as the reason to collect the secret brushes in every level, to the Mr. Miyagi and Doc Brown references (the latter of which is just called ‘Doc Brown’, which works given his dull hue).

There are worse issues with this game, that prevent it from achieving a great status despite its short length (six hours for a playthrough, without collecting all the brushes). Collection all the different colour-based powers you accrue over gameplay is great, but I found that some of their specific applications disappeared too quickly. Stopping time with Green’s power in order free platforms in place could have been more widely used, and as is true in most games, the last powers you get often are the least used even taking their limited time frame into account. Established elements like cargo rails seemed strangely absent near the end of the game. Don’t get me wrong, all of the powers are useful – quite amazingly so in some cases – but some more complicated usage of them at the endgame might have been nice. There are only two boss fights in the game, The first of which is a mere formality (the final boss actually requires a spread of different skills you’ve learned in the game). Finally, while there’s multiple ways to use your powers, I found a few gaps in it – using Fear at range on the mushrooms, for example, isn’t particularly useful as it normally revolves around you grabbing them, and the bigger ‘shroom doesn’t seem to do anything (though it can still damage enemies for some reason).

All in all, the game was fine, and I never found it tedious. But it could have gone farther, and made better use of what it had – a strong core and intriguing universe, with some actually emotional scenes.

I call The Last Tinker a 'platformer', although technically there's little platforming to be had – you cannot jump manually after all. 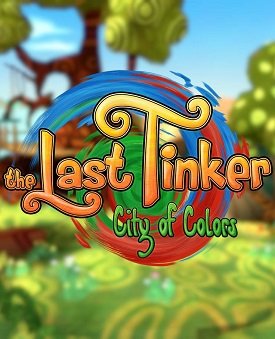