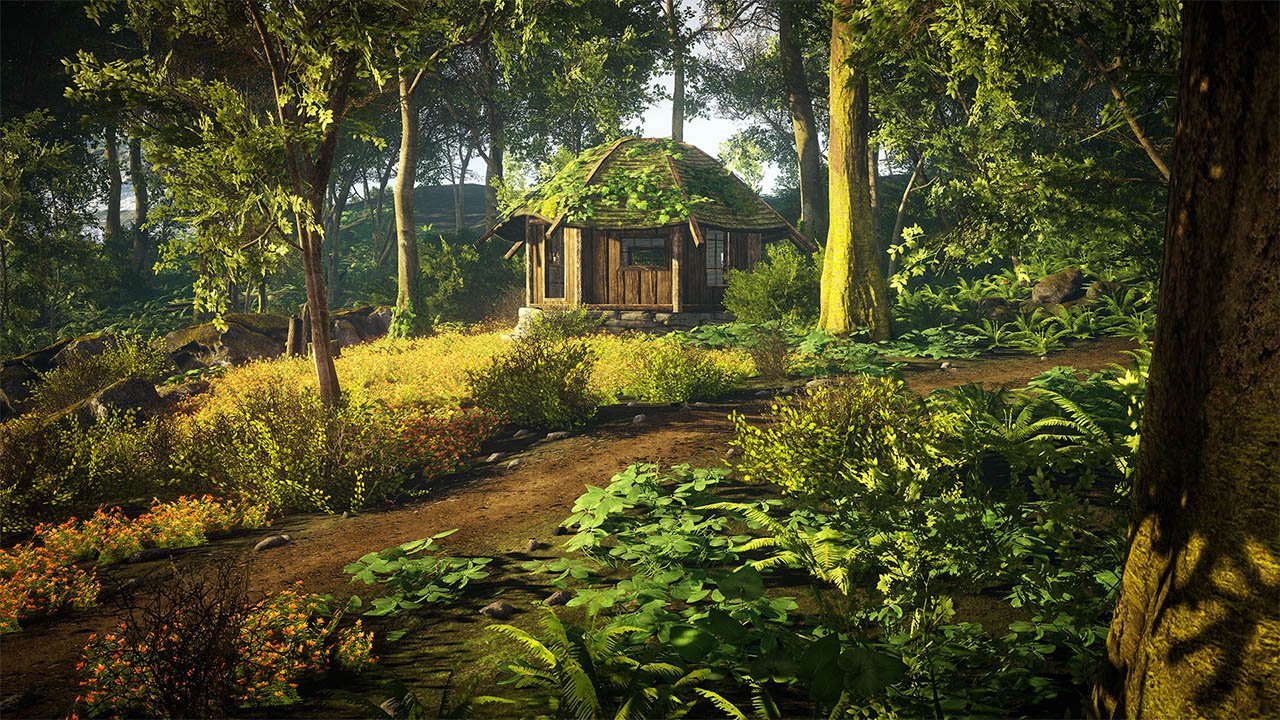 So recently I’ve been thinking about what makes a video game a game. Some people would claim that the interaction between a player and the virtual world within a game is enough to solidify a piece of digital entertainment as a video game, while others maintain that the ability for a player to fail is necessary for a piece of media to really be a video game. Whether or not either of these ideologies is really the best here is beyond me. The reason for all this esoteric navel-gazing is that I’ve been playing Leaving Lyndow, and I’m not sure it’s really a game.

If anything, Leaving Lyndow is a proof of concept, albeit a beautiful one. Basically, the developer, Eastshade Studios, has been working on another ambitious project and are getting nervous about the upcoming release so they wanted to put a small prequel out to whet the appetites of possible fans and become better acquainted with the mechanics of releasing a game. To be fair, Eastshade, the longer game the appropriately named studio is working on, sounds interesting and I would hate for a shoddy release to set the pace on what could be an intriguing game.

I can’t judge Leaving Lyndow for the potential of what’s to come, but for what it is now; an extremely short though high quality first person adventure game. Players take on the role of Clara as she prepares to leave her lifelong home for a life of exploration and adventure. Clara wanders through a few locations fondly recalling her memories and saying goodbye to her friends and family. The occasional puzzle or minigame comes about, but none of them are particularly difficult, and the whole experience is reflective and relaxed. Going through notes and conversing with the strange locals allows the player to discover Clara’s history and the nature of her journey.

One thing that I appreciate about Leaving Lyndow is its reluctance to explain itself. In an age of expansive codex entries and novelizations, it takes some degree of courage to release a game set in an alien fantasy world and let the players discover it for themselves. This is a strong theme here, and something meant to bleed over to Eastshade, which is being billed as a something like Firewatch in a fantasy setting. While there is little challenge to Leaving Lyndow, I found knitting the story together from scraps and conversations to be fairly satisfying and the setting itself is evocative and alluring. It’s really a shame that I managed to blow through the whole thing in under an hour.

Leaving Lyndow is a beautiful experience in a fascinating world, but may be more of a 45-minute-long commercial for the upcoming Eastshade than an actual game.