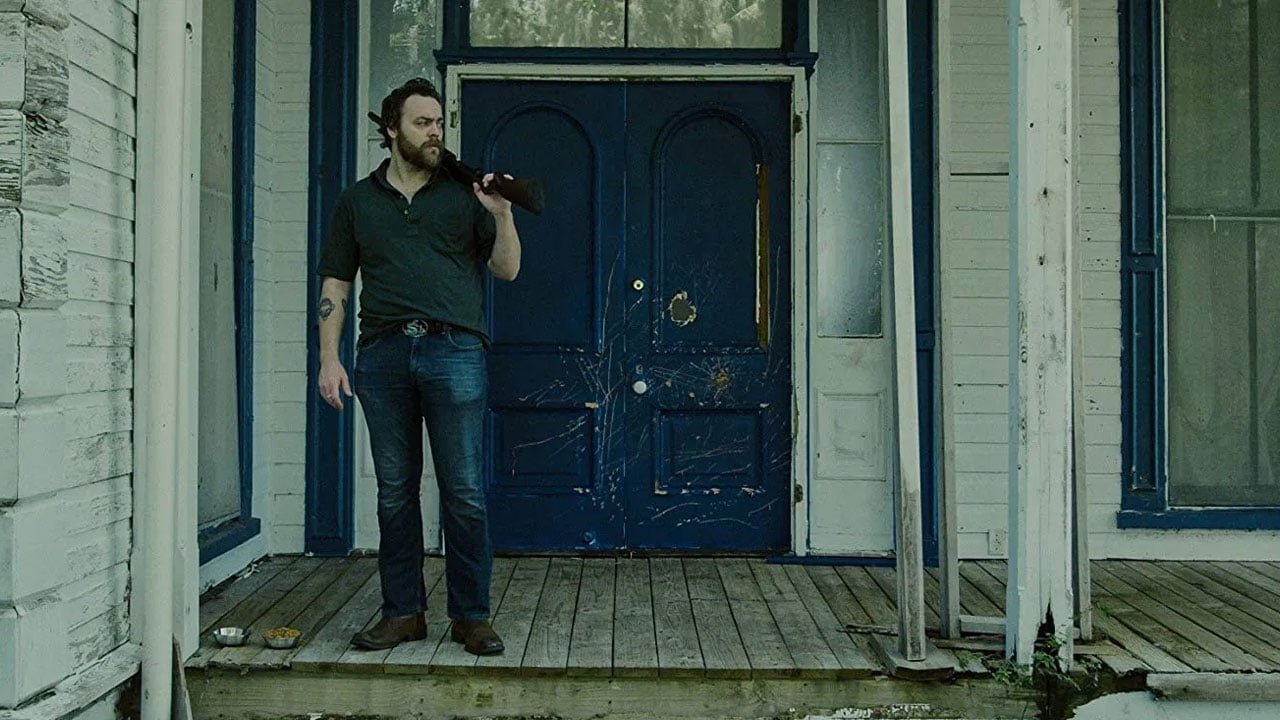 Relationships are hard, and sometimes things fall apart. Looking back at all through rose coloured glasses, it is easy to gloss over struggle and only see the good times as people grow apart and a shared life starts to crumble away. Thinking you are living the same, shared dream only to find your partner has left, your routine becomes shattered, and a bloodthirsty monster is now terrorizing you nightly. Such is the premise with After Midnight (Previously titled Something Else).

Set against small-town Florida, After Midnight is oddly relatable, taking the pains of a relationship crashing around our protagonist Hank (Jeremy Gardner) and juxtaposing it to a monster looking to tear his life apart. Directed by Jeremy Gardner and Christian Stella, After Midnight is a slow burn creature feature that sets personal struggle and loss as the focus, with the monster acting as both a real threat and a metaphor for the struggle our character is going through with his relationship.

With his life now in as much chaos as the crumbling house he lives in, Hank is a shell of a man when his partner Abby (Brea Grant) leaves him with only a note to mark the occasion. With sounds of scratching filling the night air, and Hank’s mental state teetering on oblivion — thanks to his loss and copious amounts of alcohol — he is at his wit’s end as he tried to figure out what he can do to glue the pieces of his life back together. Shooting at passers-by, and ranting to the local sharif (Justin Benson) about a monster, he quickly finds himself with no one around to rely on. Sitting by his barricaded door every night with a 12-gauge in his drunken hands, he is hell-bent on killing the monster and getting Abby back into his life.

What first feels like a standard creature-feature, quickly morphs into something much more personal and difficult to watch (in a good way). After Midnight is first and foremost a film about relationships and the struggle that goes into making them work. Presented in a lyrical, non-linear way, After Midnight slowly builds to paint a picture of this struggling romance, giving viewers a taste of the good and the bad times these star crossed lovers have gone through up to this point. The facade of perfect times is slowly peeled away, giving a look at the rotting underbelly that rests under many relationships.

As Abby returns to find Hank’s life in tatters, the reality of his struggles and monsters are put into question. The pair play off each other in a way that gives a taste of how they both feel trapped by expectations, history and love. As the monster tears at the physical door, the biting words slowly rip at the mental walls that hold our happy couple back.

Jeremy Gardner masterfully paints a picture of someone struggling with demons, both literal and figurative. He is a man that can’t see his own flaws but wants to never lose the life he believes he has built. From the crumbling house around him to the way his life unravelled when Abby left, Gardner builds a relatable tension we have all felt, making the bitter reality all that much more painful and hard-hitting as more is unveiled.

While the relationship is the focus of After Midnight there is enough for the monster fans to keep things interesting. The brief glimpses of the creature through the night air and the violence Hank feels is necessary to fight back work to ramp up the tension. From buckshots though his door to a cat killed in one of the most understated ways, After Midnight gives just enough of a taste of the creature to make the audience question what is real, and what is Hank’s mental unravelling as he deals with problems. Most importantly, After Midnight is not afraid to give the characters and the audience a cathartic final scene that wraps up the violence and heartbreak in a way that worked better than expected.

After Midnight is a subtle but atmospheric outing into the worlds of horror and love. With fantastic characters, brutally realistic tone, and a story that will hit home for many people watching, After Midnight is as effective as it is heartbreaking. While it may not be for everyone, if you are in the mood for a slow burn, and don’t mind some drama mixed in with your scares, give After Midnight a watch.

After Midnight is a genre-blending horror flick that puts personal struggle at the front and center, while never forgetting it’s creature feature concept. 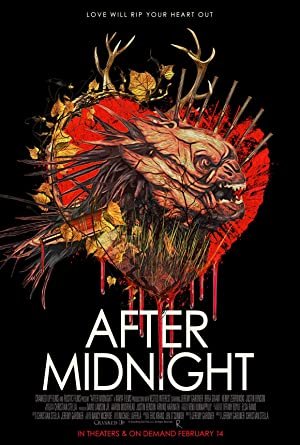