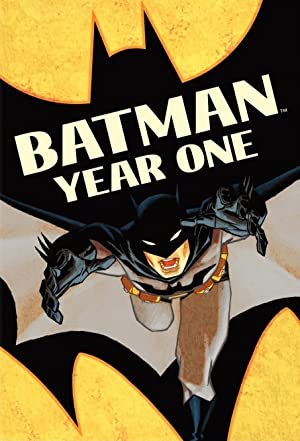 hile now, but with their latest release, Batman: Year One, the animation team really faced a challenge. It’s one thing to condense All-Star Superman into a direct-to-DVD animated feature, but Year One is more than a fan favorite. Frank Miller’s 1987 four-issue arc is considered one of the finest and most important graphic novels ever published. Not only did it add a deeper layer of realism to the Batman universe than ever before, but along with other key books like Watchmen, it seemed to change what was possible in comics in general. It made funny books into something that could be appreciated by adults, and upon release was reviewed in publications like The New York Times that never would have touched a comic book before. Fortunately, the DC Showcase team clearly came into the project with the same reverence for the material as the fans. Given the limitations they faced on the project, it’s hard to imagine a stronger animated adaptation of Batman: Year One could have been made.

For those unfamiliar with the original book (and if that’s the case, go out and buy it right now. You won’t regret it), the story follows the first year in Batman’s career. He’s trained already, so this is his first year putting his training into practice in Gotham. It’s not the polished crimefighter that we’re used to; Bruce Wayne is almost killed on his first night out without a costume, and barely survives his first fight with some thieving youngsters once he dons the cape and cowl. The books was a major influence on Christopher Nolan’s Batman Begins, with some scenes and ideas lifted wholesale, and Miller’s version is even darker. When Batman walks the dirtiest streets of Gotham, you’ll practically expect to see Taxi Driver’s Travis Bickle emerge from the crowd of pimps and prostitutes (including Catwoman, a former dominatrix in Miller’s version of the events). But as much as Year One is a Batman story, it’s a Gordon story, following the cop with a conscience in his pre-commissioner days. Joining a deeply corrupt police force, this version of Jim Gordon has a strict moral code, but one that doesn’t preclude him from kicking a little ass when necessary. He’s almost like a kind-hearted Dirty Harry, and I wish that Gary Oldman had been given this version of Gordon to play with in Batman Begins.

That’s the basic story of the book, following the twin tales of Batman and Gordon starting their journey to bring order to an untamable Gotham run not by super villains, but very relatable gangsters, thugs, and pushers. It’s also the story of the animated feature to a T. The writers of this adaptation followed Miller’s groundbreaking comic scene-by-scene, often lifting dialogue straight out of the book and even mimicking panels. Scenes are embellished ever-so-slightly, but only because scene fragments that seem natural in a single panel would feel uncomfortably abrupt without being fleshed out in animation. A couple moments (like Gordon offering gum to young children) feel out of place in Miller’s hard boiled Batman world, but these are few and far between. For an hour-long animated feature that most will assume is aimed at children, this is a deeply dark tale that earns its 14A rating. I would have appreciated a little more of the film noir voiceovers from the book, but that device doesn’t work as well in animation, and overall it’s hard to complain about how close the animation team stuck to the book.

The house art style of these DC animated features is along the lines of the old Batman: The Animated Series from the 90s. With Year One, the team has clearly tried to make the characters and settings look a little more naturalistic than their usual efforts, but it’s worth nothing that the feature does not look like David Mazzucchelli’s groundbreaking Year One artwork. The movie doesn’t look quite as realistic or gritty as it should and that might irk some longtime fans, but there’s nothing that could really be done there. The budget and time constraints of producing one of these features just wouldn’t allow for the level of detail necessary to reproduce Mazzuchelli’s designs, not to mention the fact that the way he designed many of his pages and panels is specific to the comic book format and wouldn’t necessarily work in animation. However, the filmmaking team did settle on a nice combination of the Year One visuals and the style of the old Batman animated series, which works quite well. Aside from a few slightly wooden line-readings from Ben McKenzie’s Batman (he’s fine overall, just no Kevin Conroy) the voice cast is strong with Breaking Bad’s Bryan Cranston kicking ass as Jim Gordon, Eliza Dushku playing an amusing Catwoman, and some nice cameos from crime movie veterans Jon Polito and Alex Rocco popping up throughout the film.

The Blu-ray comes with a few nice special features, as well as an awkwardly sexualized but interesting original Catwoman short, and two classic episodes of the animated series. There’s a nice documentary about the creation of the original Year One book as well, although the absence of Frank Miller in favor of current DC staffers is a major disappointment. He doesn’t pop up on the commentary track either, with that dedicated entirely to DC animation team. It’s a real shame, since it’s such an important book in Miller’s career and he doesn’t normally mind discussing his work, but I guess it might have been a little too costly to throw him on the disc. Overall, this disc features a nice little package of special features, rounded out by a long documentary advertisement for the next DC feature, Justice League: Doom.

Overall, Batman: Year One is a damn impressive achievement. I don’t think anyone could have expected how well DC Showcase managed to capture the essence of Miller and Mazzuchell’s groundbreaking book. The team really went out of their way to keep their adaptation as close as possible, and it paid off. This is probably the best DC Showcase release yet, and with the same team already at work on an epic two-part adaptation of The Dark Knight Returns, it might not be their finest hour for long. While Year One suffers ever-so-slightly from attempting to depict a realistic world that could never translate perfectly to animation and a slightly unsatisfying open-ended structure, The Dark Knight Returns offers a bright, surreal landscape perfect for animation and a carefully plotted story arc. It’ll be exciting to see what the team is able to do with that material after the success of Year One, but for now if you need a little taste of Batman to tide you over until Christopher Nolan’s next feature, you won’t find anything better than this.

While Year One suffers ever-so-slightly from attempting to depict a realistic world that could never translate perfectly to animation and a slightly unsatisfying open-ended structure, The Dark Knight Returns offers a bright, surreal landscape perfect for animation and a carefully plotted story arc.
REVIEW SCORE
8
File Under: