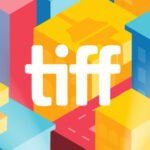 TIFF 2022 has been full of surprises, but few films subverted expectations as much as Gabe Polsky’s new western Butcher’s Crossing. Set against the nostalgia for the old west, the film throws the glorified wilderness out the window to paint a brutal, disturbing take on hunting, the excitement of frontier towns, and the extremes people will go to carve a piece for themselves in a hostile world.

The 19th century is the setting for countless westerns. It is an age where the untamed wilderness is still ripe for exploration, and the stories of making it rich in the new frontier are all anyone can imagine when they look at the vast expanse of unknown territory. It is this mindset that brings Harvard dropout Will Andrews (Fred Hechinger) to find his own adventure on a buffalo hunt.

He has heard stories of how it is a way to strike it rich using nothing but your wit and a gun, and seeing only the excitement, he looks to find a way on a hunt. When an old friend of his father (Paul Raci) turns him down on his request, he finds himself a known hunter Miller (Nicolas Cage) who promises a rewarding adventure that will see more buffalo pelts than he would know what to do with. Disregarding all the potential dangers, Will puts up his own money and wants to get the hunting party underway with Miller leading the charge.

Butcher’s Crossing wastes no time showing the brutality and reality of these hunts to Will. What seemed like something out of stories quickly turns horrific, with the constant struggle to survive an ever present concern for anyone that dares to follow greed and obsession over common sense. The film never glorifies the many issues these hunters need to deal with, and takes the time to strip away the wonder Will feels leaving only a husk of a man by the film’s end.

“Much like Apocalypse Now gave a taste of Brando the world had never seen, Butcher’s Crossing is a journey into hell that Cage makes worth visiting.”

A good western lives and dies by its actors, and Butcher’s Crossing brings together a cast that is as captivating to watch even with each horrifying in their own ways. Of course, Nicolas Cage as Miller steals the show here. He brings a range to his portrayal that makes it easy to understand why Will would follow him, and even how he can maintain control of people, even as the cabin fever is setting in, and the diabolic mania that rests just under the surface starts to show. Much like Apocalypse Now gave a taste of Brando the world had never seen, Butcher’s Crossing is a journey into hell that Cage makes worth visiting.

The supporting cast brings their all to each of the respective roles, each giving a different aspect to how human greed and ignorance lead to the slaughter of countless buffalo. Butcher’s Crossing is not concerned with sparing your feelings in its pitiless depiction of the brutality at play by these hunters. This is on full display from the stark image of young calves playing next to a mother in crosshairs, to the fields of skins and bodies lying to rot in the field when humans have taken all they need. Jeremy Bobb’s character even makes note of this stark reality, as he talks about the many possibilities that could be done with these great animals, while what they are doing is only a waste.

Butcher’s Crossing works with the sense of time, never letting you feel at ease with what you see on screen while also making the long expanses of nothing work to eat away at the calm that could be possible in nature. The movie is shot with a loving attention to detail on the wilderness these hapless hunters find themselves in, while never feeling truly safe or a place people should be. While these buffalo might be a target for hunters, their power and beauty are also apparent, giving a sense of how majestic these animals are when left to their own devices.

There is a lot that could be talked about when it comes to Butcher’s Crossing, far more than I can talk about in this review. From themes of nature and the relation people have with the land, to the brutality and waste of humanity, it is a movie that I could easily see studied in film classes across North America. Looking at the shots, characters, and the many ways it uses symbolism to explain the messages at the root of the film is only the beginning.

Butcher’s Crossing blew me away by crafting a movie that takes on the many messages at its core, and building a complex, and often disturbing take on the great American myth of the old west. This is also Nic Cage at his very best, building a complex, and often conflicted character that dances on the edge of madness. Every scene filled with a purpose, Butcher’s Crossing is a movie deserving of excitement and time, and one that should not be missed when an opportunity arises to give it a watch.

Butcher's Crossing is a new nightmare about the brutality of the old west along with the horrors man inflicts on nature, and it is one of the best films to come out of TIFF 2022.
REVIEW SCORE
9.5
File Under: Butcher's Crossing, TIFF 2022