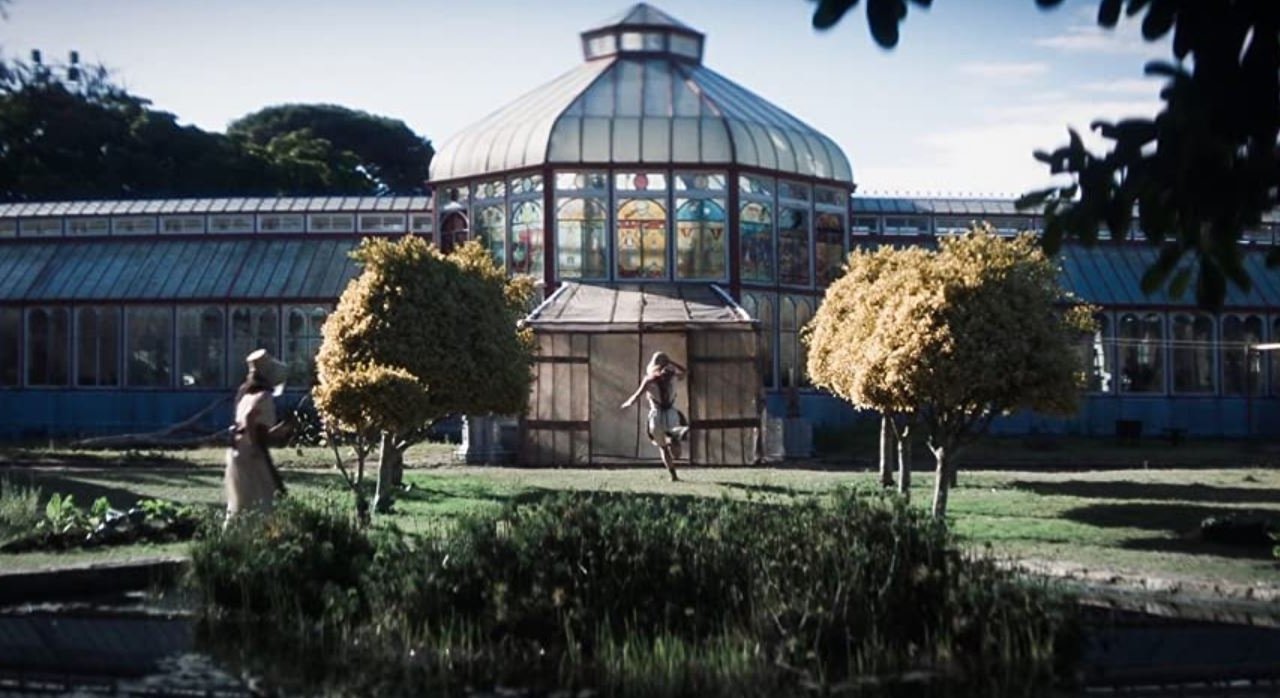 Walking into Kelsey Egan’s Glasshouse at this year’s Fantasia Festival, I was not sure what to expect. From the description—a family surviving a memory-wasting toxin as they live out their lives in a glasshouse—it sounded interesting. But the dystopian fever dream that was delivered was both beautiful to look at, and haunting in the bleak cult-like future the world has devolved into. It is one of the best films at this year’s festival, and something everyone that likes disturbing stories should look into.

Glasshouse hits the ground running, giving a picture of how these young women are struggling the future they find themselves in. Killing, and dismembering humans is a way of life. They must use everything they can to survive the dark future they find themselves in. From Minute one, these dark tasks are put on full display, with one of the young women shooting and killing a man that makes the mistake of walking onto their little sanctuary in the middle of a wasteland.

There is a dreamlike quality to the proceedings, with the young people, most under the age of 20, taking to the acts of killing like they would play with toys. The sense of morality is long gone in the world, and the young actors make this abundantly clear as the film goes on. The cult-like family gives you all you need to know, with the actors taking to their roles well.  ‘Mother’ (Adrienne Pearce), Bee (played by Jessica Alexander), Gabe (played by Brent Vermeulen), Evie (played by Anja Taljaard), and Daisy (played by Kitty Harris) all paint the picture in a loving, but cold way, and it all plays well at bringing you into their world.

Things are thrown into chaos once a stranger (Hilton Pesler) is spared by Bee and brought into their world. It is through his eyes that we get a sense of what this family must go through to survive. It is also here we are given a sense of the brutality that rests just below the surface. As he tries to weave his way into their lives, the extent they are hiding their own pain and suffering is slowly brought to the surface. Everyone in the family is damaged, but having air that makes you forget can be very useful when such things arise.

“Glasshouse delivers a world ripe with mystery, loss, and suffering, all under a veneer of class and style.”

Glasshouse is a story that starts mid-stream through their lives, and we, as an audience, are slowly given details that everyone in their universe knows to some extent. From the degree society has crumbled, to why the family chooses their roles and rituals, information is slowly given out as we are let into their history and memories. Tidbits are given as the characters see flashes of what they have gone through, and what is left of their fragile minds slowly begins to crumble and give way.

From sexually charged relationships, to incest and forgotten pain, Glasshouse delivers a world ripe with mystery, loss, and suffering, all under a veneer of class and style. This is a movie that is far deeper than first glance would suggest, and writers Emma Lungiswa De Wet, and Kelsey Egan have delivered a wonderfully brutal story that has aspects of emotion that we all, at some point in our lives, have suffered through.

To go into any more details would be giving away the secrets of the film that make it so interesting. This is a story that is best experienced, with each new revelation working to give a bit more meat to the bones of the universe. It gives insight as to why the family is the way it is, and why their actions that once seemed cruel are needed for their very survival.

Glasshouse is a darkly beautiful film that uses modern reality to paint a world pushed to the brink. The Victorian style mixed with modern concepts delivers an oddly out of time picture that feels uncanny and engaging all at the same time. All the actors play their roles wonderfully, giving a taste of their characters through actions rather than exposition. With the standout character, Pesler, being wonderfully devious as he slowly works to get the upper hand while always trying to appear innocent of the cruelty he feels he must resort to for survival.

Kelsey Egan has crafted a film that is striking and deeply disturbing when you look past the stunning exterior. It plays on real world fears and the concept of family in a shockingly effective way, giving just a taste of a potential future we all have felt possible in the past few years. If you love thrillers that push past their subject matter to get under your skin, give Glasshouse a watch, it is without question one of the best genre films to come out in the past year.

Glasshouse is one of the most haunting and visually striking genre films to hit screens this year, and a must-watch for anyone who lives a story that sits with you long after it ends. 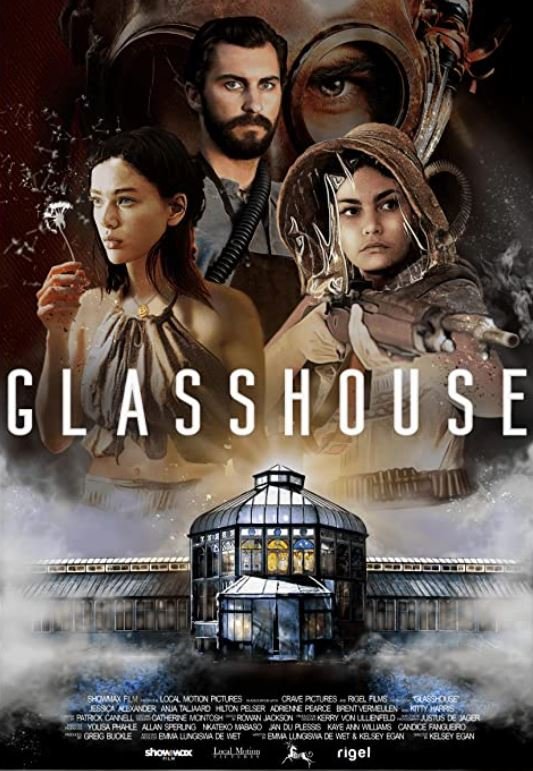