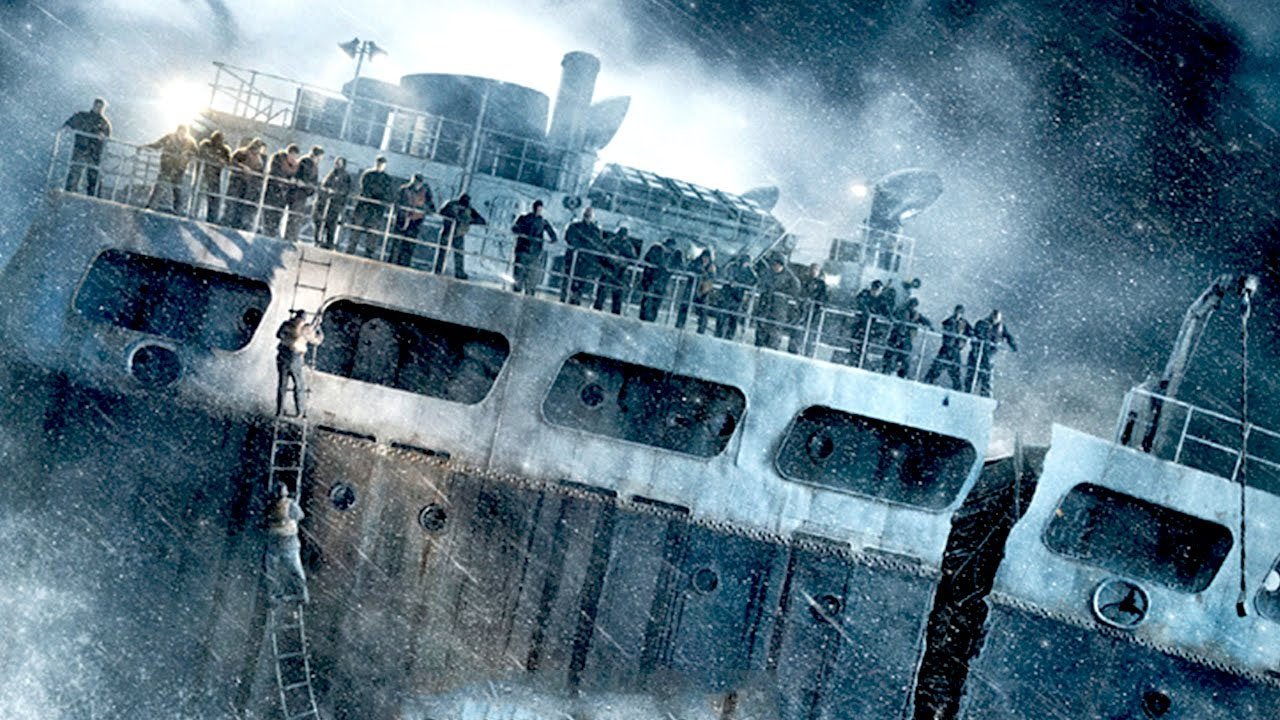 Here we go again. It’s time for audiences to flock to the theatre to see giant CGI waves crash against tiny boats and marvel at the power of nature. For some, reason sea-bound adventure tales have become regular blockbuster fodder, and the latest entry in this bizarrely growing genre is The Finest Hours. Despite that bold title, it’s neither the best of these movies nor the worst. It falls square in the middle. However, like most modern disaster/survival/heroism tales, it serves up spectacular spectacle well worth the price of a ticket coupled with boring human drama that would feel corny and dated even if the movie had been made in the 50s rather than just being set there. Someday someone is going to make a disaster movie with a human drama as exciting as all the crashing and booming and daring-do. This one isn’t it, so your enjoyment will depend entirely on how much you can block out everything other than the effects reel.

Chris Pine stars as one of the most insecure heroes to ever grace a blockbuster. Despite looking like he was genetically designed to be an action figure, he plays a man so nervous and lacking in confidence that he lets everyone steamroll over him and requires his lady love (Holliday Grainger) to both ask him out and propose marriage. He’s also a captain in the Massachusetts coast guard; a rescue worker, but on the b-team. However, one night there is a vicious storm that rips two tankers in half, requiring him to head out on a rescue mission in a tiny boat facing a record-breaking storm. He’s essentially marching to his death on the orders of an inexperienced Eric Bana who doesn’t realize how bad things are. Casey Affleck also appears as an engineer left in charge of half a ship who gets his surviving crew to take ludicrous risks to stay afloat. The only question is whether the struggling Pine can get to them in time. However, with this being a Disney blockbuster, you can feel pretty safe in betting on the good guys winning against an angry mother nature.

The movie comes from Craig Gillespie, a curious filmmaker who has made some rather wonderful movies (Lars and the Real Girl and the shockingly watchable Fright Night remake) and some total dreck (Mr. Woodcock and Million Dollar Arm). He’s a pretty unpredictable filmmaker who seems to change genres as often as his see-saws in quality. The Finest Hours brings out both the best and worst in the director. On the best side of things, Gillespie delivers some absolutely astounding spectacle. Combining actors being blasted with water against green screens and gorgeous CGI, the action sequences are incredibly intense. He thrusts the audience into the middle of the action, making it almost feel like you’re on a simulator ride with stationary seats. The only time his cameras pull back from the action is to show the scale of the storm and the dangers the character’s face. There are some remarkable set pieces here, well worth experiencing on a big screen (just skip the 3D since the combination of underlit nighttime cinematography, fast edits, and dingy 3D post conversion is a muddled mess).

The worst side of Gillespie comes out in the human drama and more specifically, the completely unrelatable nature of it. You can see what he’s going for. The film is done in the golly-gee go-getter style of old-timey adventure movies. However, Gillespie and his screenwriters never find much of a balance between reviving old-fashioned storytelling techniques and playing laughable drama that is absurdly out of date. He’s got a good cast, but they have little to work with since they are playing such cardboard characters. The likes of Ben Foster, Eric Bana, and Casey Affleck are more than capable of disappearing into complicated heroes, but are stuck sighing, grunting, and staring off into the distance here since they have nothing else to play (that is when they aren’t struggling with unfortunately assigned accents that is). Worst of all is Chris Pine, an immensely watchable movie star who can’t play an insecure loser to save his life. It’s painful to watch him mumble, but not as painful as it is whenever Holliday Grainger appears on screen. To be fair to the actress, it’s not her fault. She’s stuck in a thankless love interest role who the filmmakers constantly cut back to in the middle of action scenes, completely spoiling the momentum of the film at its climactic peaks. It’s a real shame and a waste of Grainger’s time and talents.

So, what we have here is a movie that 50% incredibly exciting spectacle and 50% melodramatic hogwash. Thankfully, the spectacle itself is so well done that it just barely makes up for the cornball and irritating storytelling going on between all the excitement. In the slow, painful movie month of January, it’s worth seeking out purely for the special effects joygasms thanks to a complete lack of worthy competition. However, it’s also a film that will make you wish for a fast-forward option in the theatrical experience. Oh well. Most folks go to these sorts of movies for the spectacle anyways, so the target audience should feel satisfied. It’s just a shame that filmmakers seem to struggle with the human element in these sorts of films, because it’s not as if the stories are lacking in life or death drama for actors to play. They just need writers and directors who care enough to give the performers something decent to do in between all of the CGI money shots.

The Finest Hours brings out both the best and worst in the director. On the best side of things, Gillespie delivers some absolutely astounding spectacle. 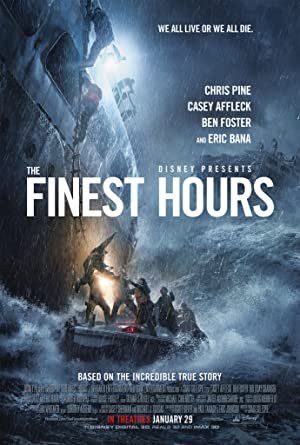