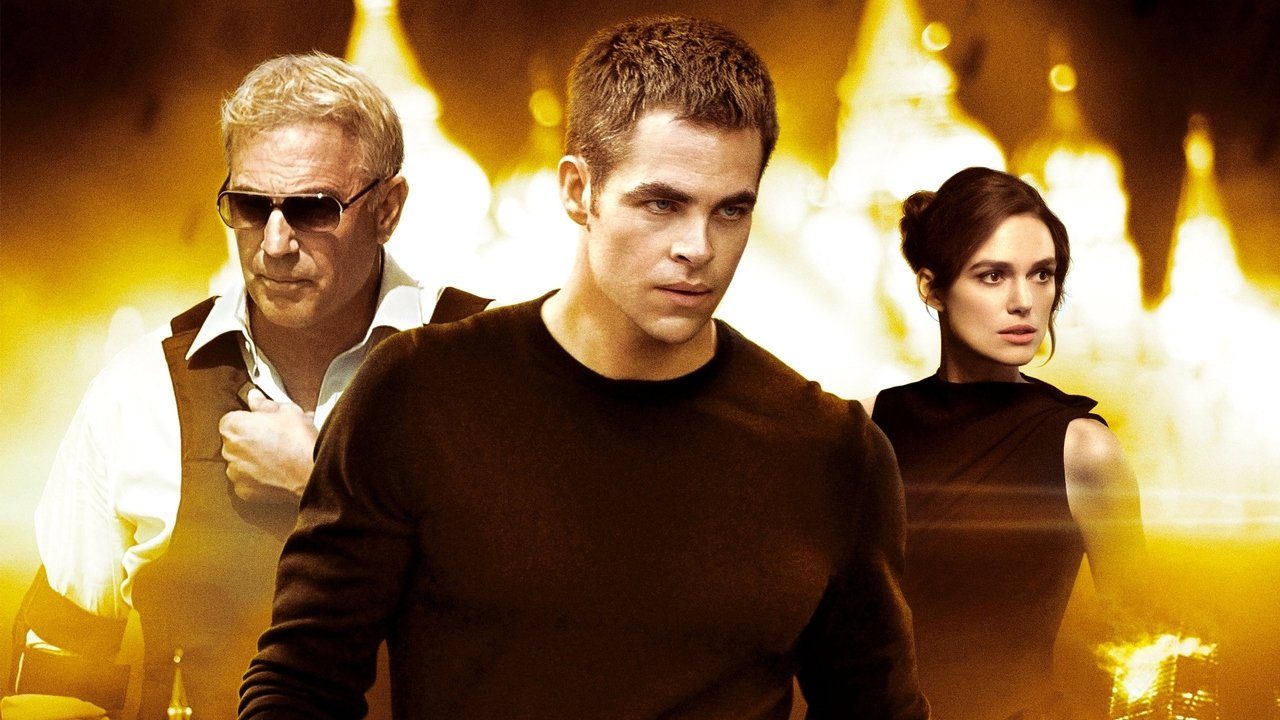 It’s probably best to start out this review with a confession: I’ve never been particularly fond of the Tom Clancy blockbusters surrounding Jack Ryan. Don’t get me wrong, The Hunt For Red October is a perfectly acceptable thriller and the Harrison Ford flicks certainly have their moments, but in the end, there’s never been anything that intriguing about the character that’s made me desperate for more Jack Ryan adventures once one of the character’s films concluded. He’s not a super-slick fantasy spy like James Bond or a conflicted mystery spy like Jason Bourne or even an affable void of personality like Ethan Hunt. He’s just a rah-rah Americana boy scout without even the special powers or built in iconography of Captain America or Superman. However, Ryan is a character who makes money, and so it was inevitable that the franchise wouldn’t end with a crappy Ben Affleck movie (just like Batman in a few years’ time). The guy was inevitably going to be brought back, and now it’s finally happened with the suitably bland Chris Pine in the lead role and a Jack Ryan Begins plotline. It’s all pleasantly predictable Hollywood fluff from top to bottom, and not even the weirdo wildcard of hiring Shakespearean specialist Kenneth Branagh to direct did much to elevate the film above the norm.

Jack Ryan was, of course, a character made to fight the cold war in fiction for the benefit of America. Times have changed, but the evil Russians stay the same in Shadow Recruit. The film feels like it easily could have been made in 1990, except for a couple contemporary political references that feel more tacked on than anything else. In this shiny new millennial Jack Ryan adventure, Chris Pine’s incarnation is inspired to join the military after 9/11, only to end up paralyzed from a terrorist-busting helicopter crash. However, he was also lucky enough to be rehabbed by a beautiful burgeoning doctor (Keira Knightley) and got offered a covert CIA job by his spy father figure Kevin Costner (who probably would have been a perfect Jack Ryan back in the day). Flash forward a few years and Ryan is working undercover in a financial institution looking for financial threats to America. He notices something off with a partnership in Russia and flies over to see what’s what. It’s his first mission, and it’s supposed to be a quiet one until the evil Russian suit who flew him over (Kenneth Branagh who curiously both over and underact) hires a bodyguard to assassinate him on the day he arrives. You see, Ryan has unwittingly uncovered a secret Russian plot to cripple the US economy through stock fraud and a Wall Street terrorist attack (how contemporary!). Thank God good ol’ Jack is there to set things right and become an American hero. And then, since Keira Knightly is playing his wife, obviously she flies over to Russia to get caught up in the action with Pine, Costner and Branagh.

By trying to modernize Jack Ryan, there’s a bit of a square peg/round hole situation in play. Tom Clancy might have been toying with terrorism in his books before the War On Terror, but his villains were still the Russians and so the team behind this reboot awkwardly crams the recent economic collapse and September 11

into what is essentially and old timey Cold War thriller. That combination of elements never quite works. The modern day themes and ideas never gel with the old school politicking, and despite everyone’s best efforts, this patriotic action film feels woefully out-of-date. None of it is horrible, it just suffers from over-familiarity.

Chris Pine is, of course, a charming pretty boy and amusing Captain Kirk, but he’s not that deep of an actor. He can pull all the action poses and looks good on a poster, but he lacks the gravitas and swagger that Harrison Ford brought to the role. Even though Pine’s playing a younger version of the character who is supposed to lack those qualities, he ultimately feels like plastic hero in search of a personality. Costner fairs a little better since he’s got all the iconography behind him and he seems to be settling into a new chapter in his career specializing in warm dad figures rather nicely. Knightley’s a great actress, but has nothing much to do here beyond the usual damsel in distress/worried wife stuff and her American accent is always jarring, if accurate. Then there’s Kenneth Branagh, who despite directing all of the other actors is the only one who seems to understand he’s playing pulp. He works his Russian accent like a weapon and is a gloriously over-the-top evil villain even though he’s also a quiet one. It’s just a shame he didn’t encourage the other actors to have as much fun with their roles as he allowed himself. As a director, Branagh seems to be uncomfortable with the material from the start. Obviously, he’s a perfectly competent filmmaker, so it’s not like he’s delivered an Ed Wood mess of a movie. He’s just not really an action director despite Thor and the tense dialogue scenes are always better than the action sequences since they play to his strengths. There’s nothing particularly wrong with that approach, except for the fact that this is supposed to be a franchise-launching action tent-pole. When the action scenes in your action movie are the least interesting part, something is deeply wrong. This problem is at its worst during a climatic chase scene in which the telephone dialogue between Branagh and Pine is far more engaging than the car chase happening simultaneously. That’s misguided direction, and sadly, Branagh must be blamed for that even though he probably just let the second unit directors deal with the action while he mugged it up with movie stars.

Jack Ryan: Shadow Recruit isn’t a terrible movie, it’s just dull. There’s nothing here that hasn’t been done better before, even in other films about this character. Admittedly it’s a step up from The Sum Of All Fears, but not by much. Tom Clancy’s peak came in the 90s, when geopolitics where stable enough that his political spy fantasies were little more than grounded escapism. These days all of that real world terrorism and American imperialism makes it hard for simplistic Jack Ryan fluff to exist. When Paul Greengrass and co. were making their Jason Bourne blockbusters, they always discussed the gritty, Bush-bashing action flicks as anti-James Bond movies. However, they probably should have been called anti-Jack Ryan movies. The pulpy Bond was easily reinvented for his post-Bourne spy adventures while Jack Ryan just feels like a relic no matter how many contemporary references are crammed into the script. With a little luck and poor box office, the franchise reboot will stop here. Clearly, the fact that the movie is coming out in the winter dumping ground rather than getting a splashy summer release suggests that the studio is wary already. Let’s just hope that audiences feel the same way because it looks like it will be impossible to teach this old dog any new tricks.

Jack Ryan is not a super-slick fantasy spy like James Bond or a conflicted mystery spy like Jason Bourne or even an affable void of personality like Ethan Hunt. 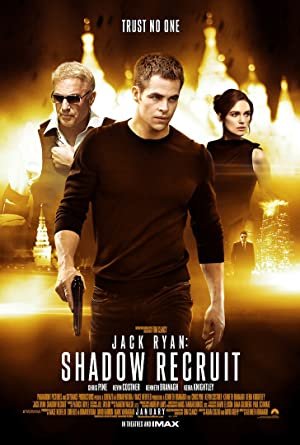