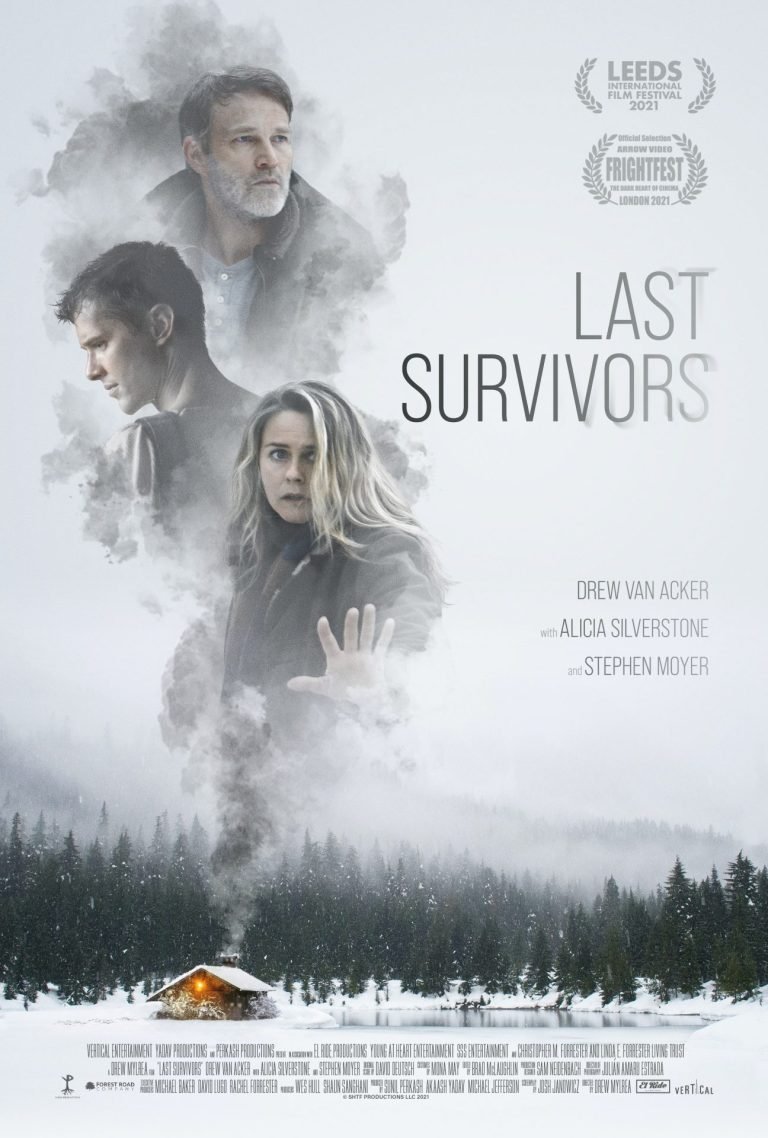 If the past few years have taught us anything, it is that society is only one disaster away from descending into chaos. From wars, to pandemics, the world we know and love can easily be taken for granted, and lost. This is the core of the new film Last Survivors, which follows a father and son living in a self-isolated utopia only to have things crash down due to a stranger.

Jake (Drew Van Acker) and his father, Troy (Stephen Moyer) have made a new home for themselves, away from the crumbling society of the civilized world. Having lived this life since he was a little boy, Jake knows very little about the world beyond what his dad tells him, and they both now live off the land, taking only what they need and defending their home should anyone try to invade.

It is a typical post-apocalyptic setup, and sets audience expectations to side with our intrepid survivors, but when Troy is injured and Jake must venture out into the world, things start to get a bit more interesting. It is here he meets Henrietta (Alicia Silverstone), a recluse that quickly shakes Jake’s world to the very core. What once seemed simple, and the only way to live, now feels joyless and hateful.

“Last Survivors is a stunning film to watch…”

Screenwriter Josh Janowicz and Director Drew Mylrea bring a lot of fascinating concepts to Last Survivors, painting a picture of how isolation is not the answer. The only issue is, while the movie starts out strong, the plot twist and final act feel forced, lacking the natural progression needed to make the audience connect with the characters choices. The story is not given the time to develop properly, with many aspects feeling rushed or skipped over completely to reach the inevitable concussion.

Even with these narrative shortcomings, Last Survivors is a stunning film to watch, making the most of its Montana location to paint a stunning picture of wilderness untouched by civilization. It does a great job of giving a sense of the pure isolation Troy and Jake deal with daily, with the wilderness acting as a co-star to the cast, working alongside them to capture the scope and scale of the story being told.

I wanted to like Last Survivors far more than I did. It is well acted, well shot, and brings an interesting concept to the screen, but the narrative flaws are hard to overlook, and take away from what could have been a fantastic story of survival and losing one’s humanity in the face of trauma. While it is flawed, if you happen to find it on VOD, it is well worth a watch if for nothing more than the stunning woodland vistas, wrapped in a shaky story.

Filled with great performances in a stunning location, Last Survivors feels like a good concept that was a bit overcooked to really work beyond the first viewing.
REVIEW SCORE
7
File Under: Movie Review, VOD