Paul Thomas Anderson is one of the most enigmatic filmmakers working today. All his projects are shrouded in mystique, to the point where even a title or a rumour of a single actor being added is a headline. He’s been a magnet for awards since 1997, and I think he’s going to win some more for Licorice Pizza.

Despite the fact that Licorice Pizza is another 2021 coming of age tale, it’s told with a bit more finesse than some of its contemporaries: with Anderson penning the script, as usual, that’s to be expected. Here, we’re whisked away to 1973, to witness the relationship between Alana Kane (Alana Haim), a young woman stuck in a rut, and Gary Valentine (Cooper Hoffman), an even younger man trying to start his acting career.

All of this is backed up by genuinely heartwarming performances from two new actors in Haim and Hoffman (son of Philip Seymour Hoffman). As usual, Anderson is able to drive emotion out of his actors, as these two take centre stage throughout. Sure, you have heavyweights like Sean Penn, Bradley Cooper, Tom Waits, and John Michael Higgins wandering in from scene to scene, peppering the film with some spice.

Ultimately, it’s these two that really make Licorice Pizza. Alana Haim is explosive and hilarious on a constant basis: and one of the biggest surprises of the year. Hoffman has a quiet pain to him, providing a multi-faceted performance wise beyond his years.

“Despite the fact that Licorice Pizza is another 2021 coming of age tale, it’s told with a bit more finesse than some of its contemporaries…”

Licorice Pizza is also a period piece, incorporating many amalgamations of real-life people, like Lucille Ball and Jon Peters. As is the case with just about every Anderson piece, everything about the production, from the clothes to the set pieces, look authentic and memorable. The soundtrack is a big part of that, offering whimsy, release, and tension when the film calls for it.

At times, it can feel indulgent and too wistful. If you don’t feel an emotional connection early, it may pass you up for the rest of the film. Alana and Gary are fun to watch, but their exploits sometimes aren’t. This is undoubtedly the story Anderson wanted to tell, but I can’t help but think that the duo could have ended up in the same place with slightly different stepping stones. Comedy is Licorice Pizza’s weapon of choice in those moments.

Right now, transformative experiences are something we all really need. Licorice Pizza delivers that from start to finish, and although a few plot points are middling and merely a means to an end, the two leads are more than compelling enough to draw you in for two hours and change.

Paul Thomas Anderson always surprises, and Licorice Pizza is markedly different from most of his catalog, with plenty to like. 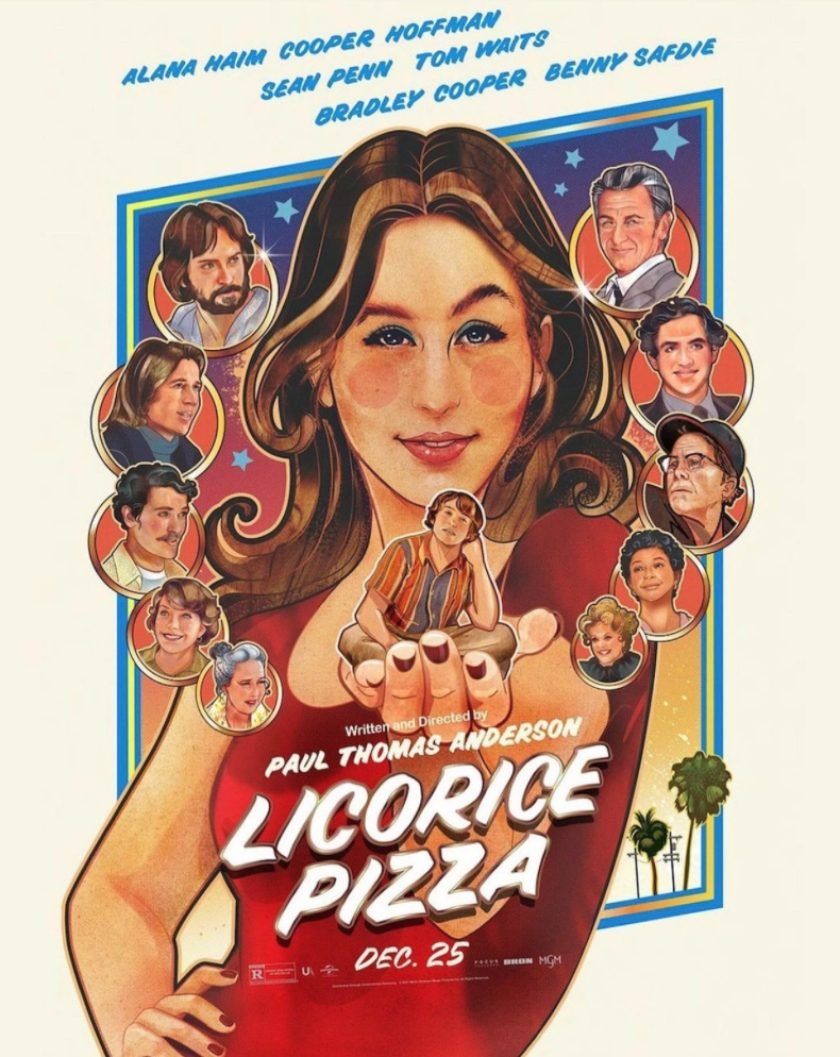