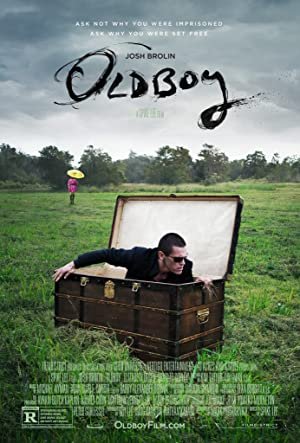 Before getting into this review, I should start by admitting my bias toward this project. Chan-wook Park’s Oldboy was probably my favourite movie of the 2000s. It’s viscerally thrilling, emotionally devastating, visually stunning, impeccably acted, surprisingly intelligent, and most importantly, ridiculously entertaining. Starting with a Japanese manga and filtering it through the distinct flavour of contemporary Korean genre filmmaking, it was both pleasing pulp and challenging art. Simply put, the film is a masterpiece.

So, when rumours regarding a Hollywood remake of Old Boy started to surface (at first as a Will Smith/Steven Spielberg flick), I have to admit that I felt sick to my stomach. There was no way to improve on what Park made, and it was impossible that the content that made the film so special could survive a wash through the Hollywood machine. But as the years passed and the failed attempts at remakes piled up, it looked like it would never happen.

Then last year Spike Lee of all people, pulled the remake together with Josh Brolin in the lead and an evocative New Orleans setting. Despite my reservations about anyone rebooting Oldboy, something about this remake seemed interesting. There was major talent involved that suited the original film’s tone, so perhaps they were smart enough to develop their own take on the evocative story that would feel completely different from the original. Maybe two Oldboys could exist that was just different enough to appreciate on their own merits. Sigh… oh how naive I was in those days….

“Spike Lee and co. didn’t have a new take on Old Boy.”

Having seen the freshly Americanized Old Boy, I’m sad to report that pretty well all the worst fears anyone had about this remake came true. Spike Lee and co. didn’t have a new take on Old Boy. They merely mounted an almost shot-for-shot remake in the Gus Van Sant Psycho vein that is as pointless as it is disappointing. Well, perhaps that’s a touch too harsh. There are some changes, just nothing that makes this version distinct or even particularly compelling. While Lee has claimed in interviews that he wasn’t particularly a fan of the original film, his remake is hamstrung by debt to Park’s creation.

When he isn’t outright lifting sequences from the original (most notably the single take hallway hammer fight that Lee expanded to two levels of action, yet still delivered a clunky bit of choreography that dies on its feet), he’s making useless changes or playing pointless homage to the few scenes and moments that he didn’t copy (a pair of costume angel wings here, an octopus there. All merely set dressing). So you end up with a remake that tries to present itself as something new while constantly name-checking what came before. The fans of the original won’t be appeased, and the folks experiencing the story for the first time will just be confused.

So the story, well it’s essentially the same with minor alterations. Josh Brolin plays the tortured protagonist. While Park’s version dove headfirst into the narrative, here Lee lingers needlessly on Brolin’s alcoholic spiral before the story begins, that adds nothing beyond extra running time. Then Brolin is captured and locked in a hotel room for 20 years. Again, the film (which apparently ran 3 hours before hefty rounds studio trimming) lingers here longer, with Brolin’s captors providing him with booze in his daily meals to continue his vice.

Eventually, Brolin cleans up and uses his prison sentence to focus his mind and body on revenge. Then one day he is released and sent on an adventure carefully plotted by his captor (District 9’s Shalto Copley) to discover why he was imprisoned and released (with a cash prize for success and the murder of his daughter as punishment if he fails). Brolin quickly befriends a Red Cross aid worker (Elizabeth Olsen) who for unknown reasons deeply empathizes with Brolin and insists on helping with his quest. Eventually all roads lead to a twist ending that in the original was one of those WTF moments that spins audiences in their seats and changes the meaning of everything that came before.

Now, the ending. It’s impossible to discuss either version of Oldboy without mentioning the ending, even though that dips into spoiler territory. So I’ll try to be vague. Spike Lee kept the infamous twist to an extent, but altered it ever so slightly in a way that does nothing beyond add an extra senseless shock value and robs the villain of the powerful tragedy that made him momentarily empathetic last time. It’s a pointless change there simply for the sake of making a change and highlighting this Oldboy’s major problem. Lee seems to have wanted to make a grittier and more grounded version of the story, which isn’t a bad idea. The trouble is that Oldboy was always stylized pulp that transformed into an equally stylized form of contemporary Greek tragedy.

The first film worked because the tone was heightened. Here, the Brolin/Olsen sequences are played for a painful reality. Those scenes work in isolation but make Shalto Copley’s particularly cartoony take on the villain impossible to take seriously. It’s a movie that slingshots for HBO-style realism to Bond villain insanity and that tonal shift never feel comfortable or appropriate. The actors try their damnedest to live up to the shadow of the last film, and Lee pulls as many tricks out of his director’s hat as he can, but in the end it’s a whole lotta’ of wasted effort that amounts to an experience about as unsatisfying as a tossed off, a generic remake would have whimpered.

What audiences are left with is the irritating remake they feared, perpetrated by talented people whom they like. In a way, that’s worse. If this remake had turned into a Nic Cage Wicker Man scale disaster, at least there would have been mocking comedy and internet memes to enjoy. Instead, Oldboy 2.0 is just a mess that no one will like.

Since everyone involved stuck so close to the source, there’s a chance that unfamiliar audience may get a little shock n’ awe. However, Oldboy is the type of experience that only audiences who would seek out a Korean movie would like in the first place. Mainstream viewers will likely walk out of the theater sickened and confused while cult film fanatics will leave their seats frustrated and furious. The only good news to be taken from the whole mess is that the Oldboy remake was finally made, so now it’s no longer something we have to fear. We can just move on to forgetting that this thing even existed, and thankfully that should only take a few weeks at the most.

Despite my reservations about anyone rebooting Oldboy, something about this remake seemed interesting.
REVIEW SCORE
2
File Under: Film, Remake, Samuel Jackson