Infamous Needs to be Reinvented 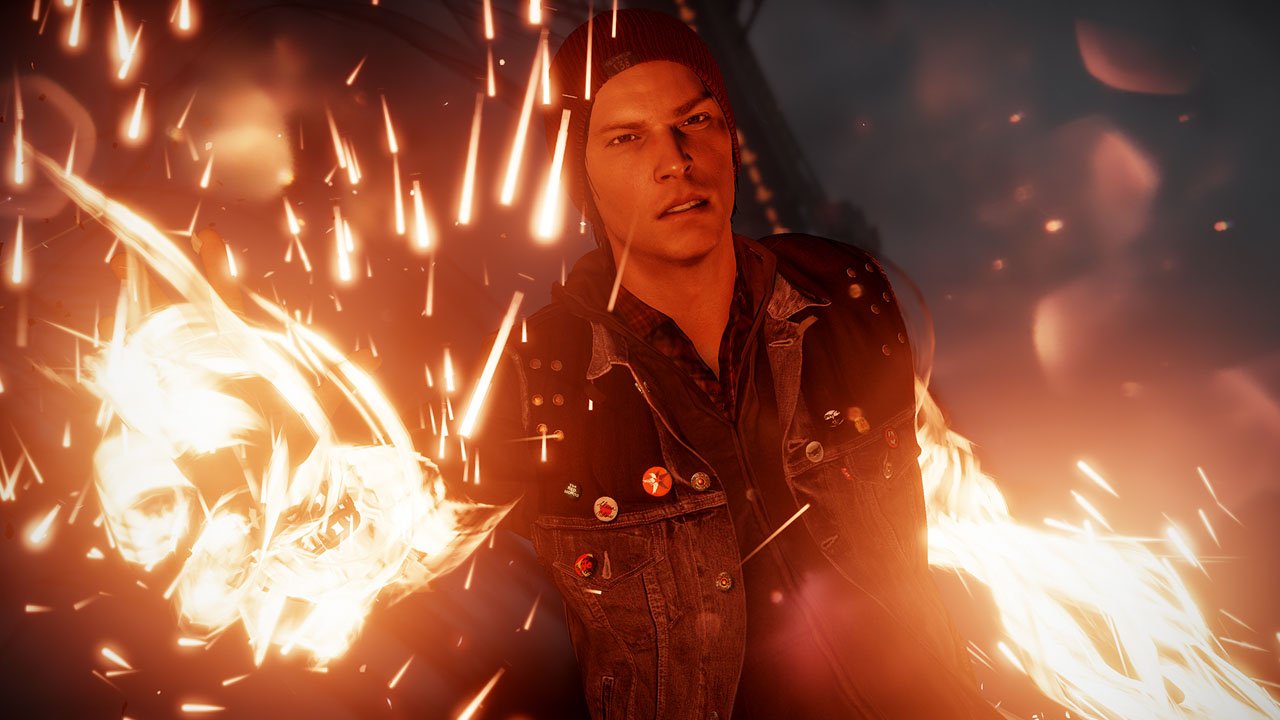 Infamous: Second Son is a pretty good game. Though I didn’t care much for the plot, I still enjoyed my time grabbing new superpowers, traipsing around virtual Seattle, and fighting the dastardly Department of Unified Protection (DUP). That said, the biggest impression I’m left with after completing the “good” path of the storyline and running around finishing some post-game objectives is that Infamous is a series in need of some substantial re-thinking.

Second Son initially looked like it was going to provide a breath of fresh air for Sucker Punch Productions’ superhero franchise. The introduction of new protagonist Delsin Rowe was the first sign that the latest game was meant to be a departure. Moving the setting to the west coast and re-thinking how powers work—Delsin collects several skill set during the game whereas previous Infamous games were all about upgrading electricity-based moves—was another. Yet, even though Sucker Punch didn’t call the game Infamous 3, it sure does feel more like a direct continuation of the developer’s past work than the first step in a new direction. Navigating Seattle as Delsin feels much the same as it did when controlling previous main character Cole. Players will instantly recognize the control scheme as they climb buildings, feather a shoulder button to glide from rooftop to rooftop, and away at enemies with power shots. The mission structure is also remarkably similar to past Infamous games. After being introduced to the story, characters, and setting, Delsin is plopped down in a large urban environment and players are given the choice to complete side objectives, advance the story, or just explore the environment. Aside from the new main character and the minor changes afforded by the different power sets, Second Son feels like little more than a straightforward update to games that already exist.

The Infamous formula isn’t broken, but it isn’t perfect, either. Because Second Son adheres so strongly to the series’ mechanical and structural heritage, it’s just as much fun to play as its predecessors. Unfortunately, aside from its greatly improved visuals, it isn’t much better than the previous games. The same issues that held Sucker Punch’s first entries to the superhero genre from being truly great abound in Second Son. The combat still bounces back and forth between being either far too easy or too difficult depending on which power upgrades the player has unlocked; the story still feels like it was written during the last days of development, embracing comic book clichés without adding interesting new ideas to the genre; the endearing cast of characters is still never explored as fully as they could be; the good/bad karma system is still too cleanly outlined. Minor problems like these have held Infamous back since the debut game, but they still haven’t been solved. Instead, Second Son piles on more features—new powers, prettier visuals—without addressing the basic issues at the series’ core. As fun as the Infamous games are, they’ve never felt like they’ve been able to live up to the potential that Sucker Punch, an enormously talented developer, so obviously has. If another entry to the series is being planned it needs to be designed with serious consideration paid to every design tent pole established so far. A ruthless appraisal of what does and does not work would provide a good starting point. In the grand tradition of superhero comic books, Infamous could wipe the slate of its series clean, starting over with none of the baggage.

I don’t regret playing Second Son. I had a good enough time working through the storyline, upgrading Delsin’s powers, and admiring the beautifully detailed version of Seattle created by Sucker Punch. That said, I’m completely uninterested in another entry to the Infamous series that continues down the exact same path. There’s a lot to love in these games, but a lot that requires some serious reinvention, too. Rather than stick to the overly familiar gameplay and narrative conventions established in the existing games, Sucker Punch would do well to shake up the Infamous franchise with a completely new type of superhero game.