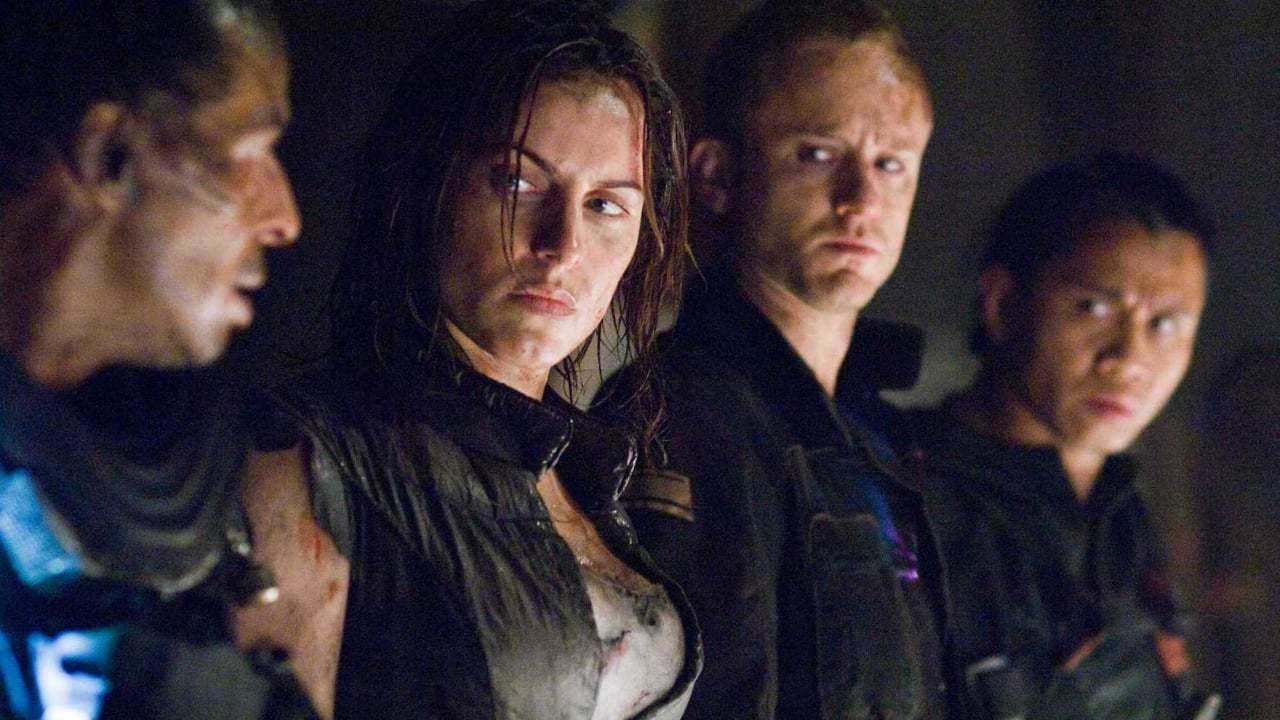 In a surprising turn, Pandorum turned out to be not so bad so far as B-movies go. I mean sure, it’s got elements of Event Horizon, Pitch Black, The Descent and maybe a couple of other movies I can’t think of off the top of my head, but it’s well made and filmed with a lot of dedication and gusto. Plus, it’s not laughable. It’s not laughable in either its delivery of sufficient foreboding or in its attempt to do so. Anchored by two decent actors and overseen by a engaging, up and coming German director, Pandorum succeeds when it rather shouldn’t. Movies like this aren’t supposed to appeal to critics like me, only it is and it does. Weirdness abounds.

Speaking of weird, the plot takes a number of turns into downright confusion at times, but never more so that you’re not able to bounce back. Clearly, it’s got delusions of thinking man’s sci-fi on its mind, like other recent a man alone in the black of space movies like Sunshine and Moon. This one has a twinge of Alien to it too as Corporal Bower (Ben Foster), awakens from hyper sleep, confused and amnesiac, finding a ship full not of hibernating humans, but packs of tribal, albino, cannibalistic aliens. It’s enough to make a guy want to go back into his frozen refrigerator capsule and hit snooze for another hundred years, but with the reactor on the fritz, the good engineer has to crawl through the bowels of the ship to save the day.

Foster is good at playing intense as you will have already gathered if you’ve seen him in 3:10 to Yuma or 30 Days of Night. In Pandorum, he’s in more of an everyman struggle with the riggers of the titular malady, which apparently makes spacemen all crazy and paranoid and turns them into sleeper psychos that wipe out their crews. Dennis Quaid is his C.O. Payton, or is he? Awakening at the same time as Bower, Payton remains in the relative safety of the forward compartment as Bower braves the torn up ship, pursued by aliens and crewmates gone native in order to save the ship and the mission: a Noah’s Ark like quest to save the last vestiges of life from a thoroughly over-populated and self-destructive Earth. Oh yeah, and Payton discovers a crew member (Cam Gigandet) that may or may not be a figment of his imagination.

The set-up of Pandorum is fascinating as a mystery inside a psychological drama and monster movie mash-up. The combination doesn’t always succeed, but it has your attention all the way through. The monsters are kind of prosaic, and the explanation for their existence is less than logical, but they did give good frights and starts to keep the tension level high. There are times it comes across a little too Aliens meets Braveheart, since this is the one sci-fi ship in history that came without guns, but the predicament of the characters and the mystery keeps you from rip-off spotting too much. There’s definitely something going on here, and director Christian Alvart keeps things moving along nicely.

Is Pandorum perfect? Not hardly, but it is a satisfying thriller for what it needed to be. It’ll be divisive for some people, not seeing the quality beneath the perceived unoriginality of the screenplay, but that’s okay because people that like a good scare will get it. It’s definitely a movie more competently put together than the average film of this type and considering that it’s from producer Paul W. S. Anderson, it’s a small wonder this movie hanged on to more than a shred of originality or competent filmmaking skill. The think about expectations is that they can sorely let you down, and frequently do.

At least Pandorum worked out in the end, and that truly exceeded expectations. 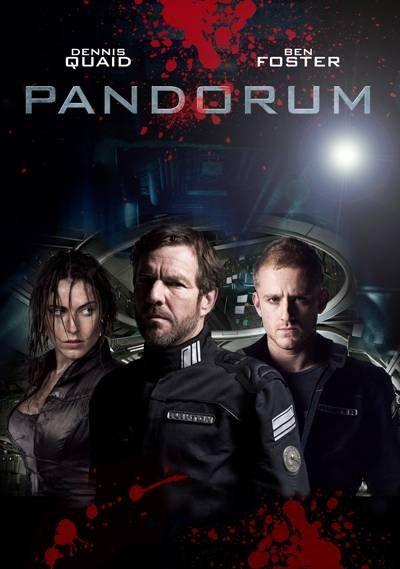