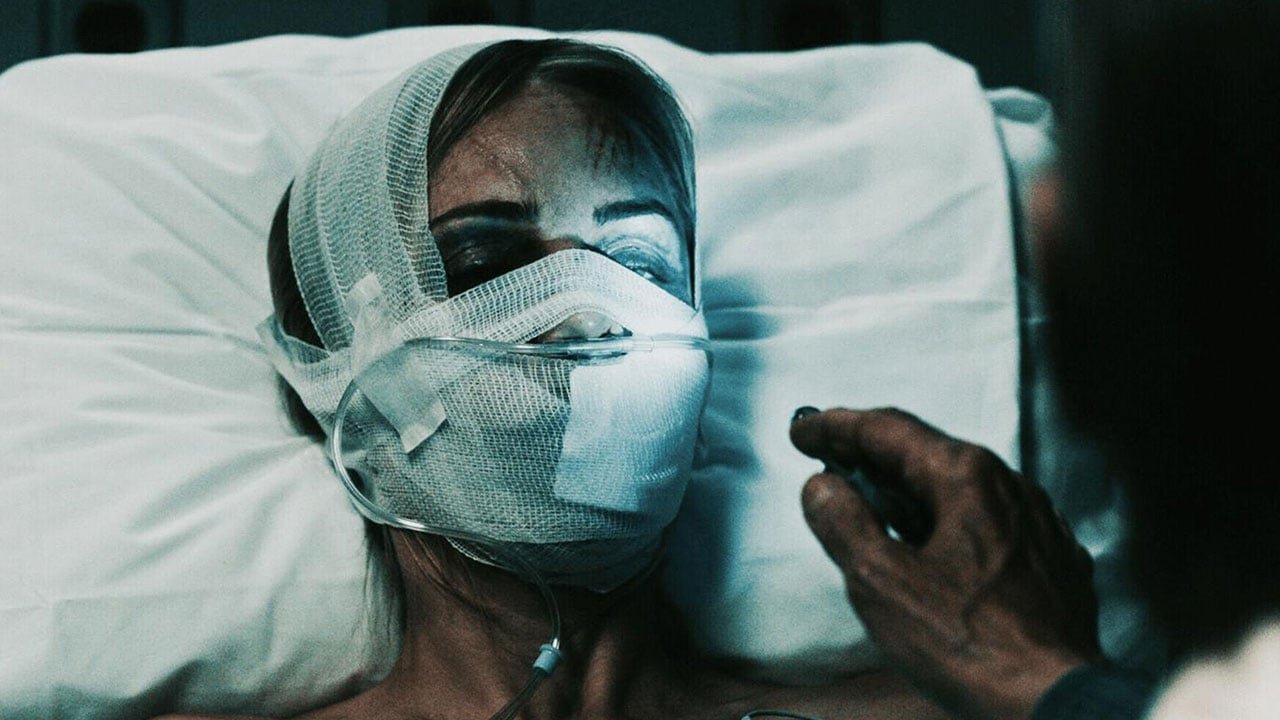 Rabid, when it was first released back in 1977, was a landmark entry into the Canadian horror pantheon. Now, more than 40 years later, we have a remake by the Canadian filmmaking duo the Twisted Twins, Jennifer and Sylvia Soska. Taking the core skeleton of what made the first film so special but branching off into its own direction, Rabid (2019) proves to be a solid film. While not everything works as well as I would have liked, what does results in a fun and bloody watch.

Rabid (2019) is upfront about its roots. Within the first minute, the film proudly outlines that it is “Based on the Original Film by David Cronenberg”, and thankfully the Twisted Twins and co-writer John Serge are smart with how they tackle this particular reboot. While they use the core concepts from the first film, Rabid (1977) acts as more of a source for inspiration than as a shot for shot remake. It would be so easy for this film to lose its identity by trying to stay too close to the Cronenberg classic, but what we do get is a movie that is given a chance to breathe and to find it’s own voice among the countless other horror flicks hitting VOD and theatres this season.

Starting with a billboard promoting the Haüs of Günter, Rabid sets itself apart from the source material. This installment looks to tackle the world of fashion and superficial beauty, a prime target for this particular tale. As the camera pans down, we get a look at our protagonist, Rose  (Laura Vandervoort). Working as a seamstress in at a fashion house, she is constantly the brunt of jokes, passed over, and all-around serves as a punching bag for everyone at her place of work.

As Rose arrives to her job, we witness her being berated by Gunter (MacKenzie Gray), teased by everyone, and briefly introduced to her only friend Chelsea (Hanneke Talbot) a model and “foster sister.” After a monumentally bad date with photographer Brad (Ben Hollingsworth), Rose finds herself in a car accident that leaves her horribly disfigured, and from here on out, Rabid wastes no time in getting the audience into the action.

After Dr. Keloid (Stephen McHattie) does all he can do, she finds herself face to face with Dr. William Burroughs (Ted Atherton), who promises a free and life-changing surgery that should grant her the beauty she desires. After the procedure leaves Rose looking beautiful and feeling more confident then she ever has, she quickly finds she is involved in numerous predatory assaults that appear to be more than just hallucinatory nightmares. As everyone around her starts falling victim to a new mysterious form of rabies, she must sort out what is real and if beauty is really worth the cost.

Rabid works as a reimagining of the original concept and the Soska Sisters deal with the subject matter well. With many of their films addressing brutal violence and one of their most iconic films American Mary tackling of extreme surgery, it is no wonder they take to the concept of this film so well. They clearly love the work of Cronenberg and never hide this fact. From the allusions to the original film, to the red surgical robes taken right from Dead Ringers, there is a lot of love for the subject matter they are tackling.

That is not to say they don’t bring their own ideas to this universe; quite the contrary. Using the shallow world of fashion, while a bit on the nose, works well to convey the film’s overall message. The film straddles the line between satire and horror, and while it does not always work, when it does it is a great exploration of the vapid and often brutal world of fashion.

It is hard to reimagine a classic, but the Soska Sisters have done a valiant effort to bring Cronenberg’s classic to modern screens. There is a lot to like about Rabid, and while it is hard to dethrone the original, it does manage to stand on its own for the most part. If you have the time and want to dive into a raw modern horror story, give Rabid a watch.

While it is a long way from dethroning the Cronenberg classic, Rabid is a fun, brutal, and bloody take on the subject matter that is a blast to watch. 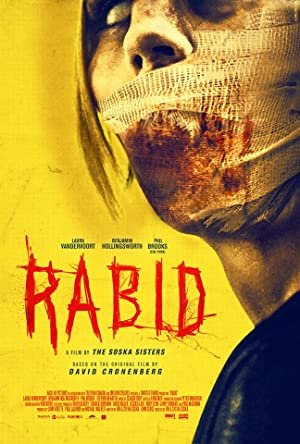