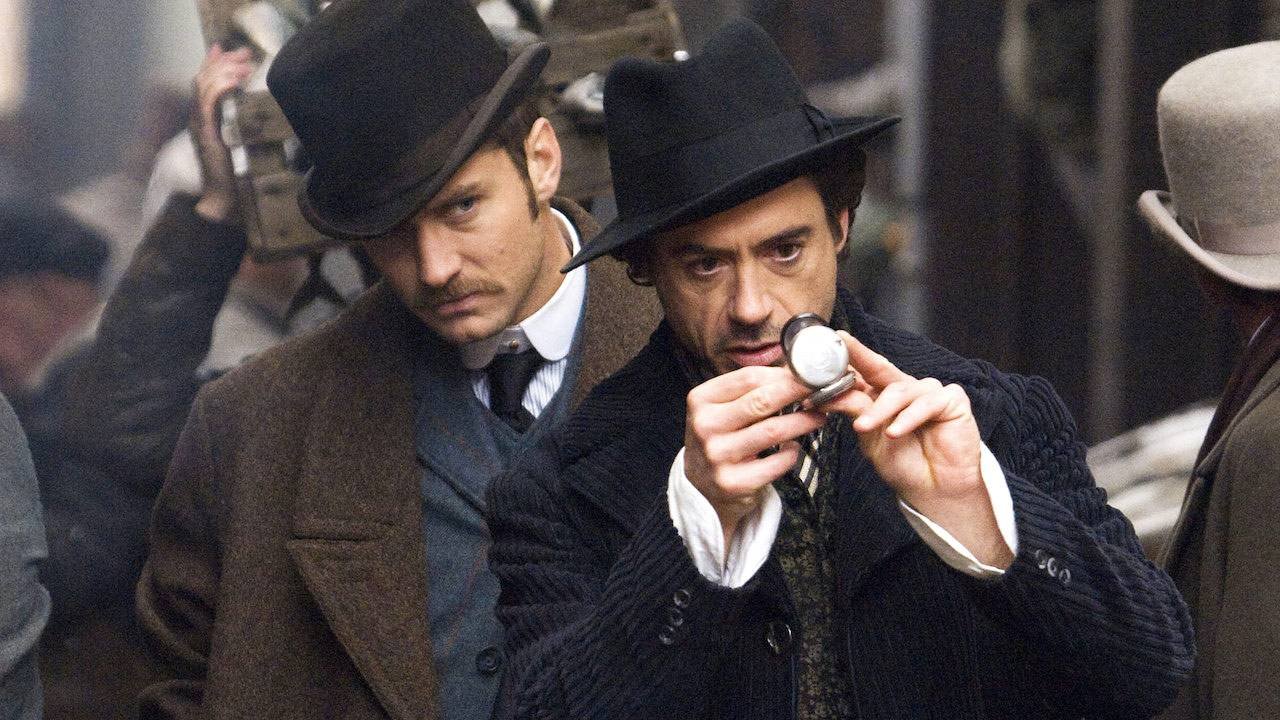 In deference to Holmesian purists, there is something really engaging about Guy Ritchie’s spin on the famous Victorian detective. Sure, Ritchie’s about as subtle as a brick through a plate glass window, but I’d much rather see a classic character like Sherlock Holmes remade by someone with a bold, new innovation than someone preoccupied with paying homage to what’s come before. So to begin with, bravo Mr. Ritchie because your Holmes is like nothing done before with Sir Arthur Conan Doyle’s most well known creation. And while we’re at it, let’s also give a bravo to Ritchie for putting something to film where the story makes actual sense, because if there’s one thing that this filmmaker’s past works have in common it’s that you can never explain what they’re about in 500 words or less.

Comparatively, the plot of Sherlock Holmes is that much more simplistic, which is sort of odd given the character’s renown for solving crimes by picking up on the smallest details. When the infamous mystic and Satanist Lord Blackwood (Mark Strong) seemingly returns from the dead, Scotland Yard employs Holmes (Robert Downey Jr) and his long standing associate Dr. John Watson (Jude Law) to figure out how Blackwood was able to manufacture his resurrection and stop him from realizing his fiendish plot, whatever it is. Complicating the case is the reappearance of Holmes’ longstanding nemesis/love interest Irene Adler (Rachel McAdams), a con woman acting on behalf of a certain shadowy professor. Another complication is Watson’s pending marriage to Mary Morstan (Kelly Reilly) and his moving out of 221B Baker Street.

Like Ritchie’s other films, character wins in Sherlock Holmes. Downey’s Holmes is mad as a hatter, a speed freak always chasing a high except in Holmes’ case that high is a perplexing case to solve. Without a case, Holmes sinks in to depravity, bare-fisted brawling or odd scientific experimentations. It’s hard to tell, is he crazy like a fox or just crazy. Watson gets the duty of being more down to Earth then his partner, trying to pursue a somewhat normal life with a wife and home, a fate Holmes desperately is trying to dissuade Watson from. The script plays up Watson’s background as a military man, and an accomplished professional in his own right outside his work with Holmes. This Watson is no mere lackey, but Holmes’ true partner in crime solving, which makes for a much more interesting, and volatile, dynamic.

The story itself is trying to serve a number of masters. On the one hand it’s an original tale told in the typical Holmes’ style where the great detective pursues every minute detail and at the end reveals the chain that led him to close the case. The there’s the supernatural/occult angle, which, admittedly, I could have lived without. But what it did was throw a dash of cold water on what might normally be considered a Holmes story without resorting into obvious crossover territory like having Holmes track down Jack the Ripper, for example. Finally, one can see the writing on the wall that what’s wanted here is a franchise opportunity. The not-so subtle yet still unobtrusive inclusion of Prof. Moriarty (whose face is never seen) is proof of that. Despite the divergent interests, the film is still remarkably entertaining, assuming of course that you can get over the fact that this isn’t your father’s Sherlock Homes.

Basically, if you can get forgive Ritchie for making this Holmes more like one of his pop culture decedents like House and Monk rather than the gentlemanly British actors that portrayed him previously like Jeremy Brett or Basil Rathbone, you’ll have a good time. This Holmes is nothing if not energetic and eager to please, and obviously marking the first time that Guy Ritchie’s tried to make a movie that a mass audience can enjoy. And enjoy it you will because if there’s one thing that Ritchie knows how to do it’s stage great action.

That may not be what Sherlock Holmes means to you, but admit it, if it had been another guy in a deerstalker cap ordering around an old fat guy you would been just as disappointed. 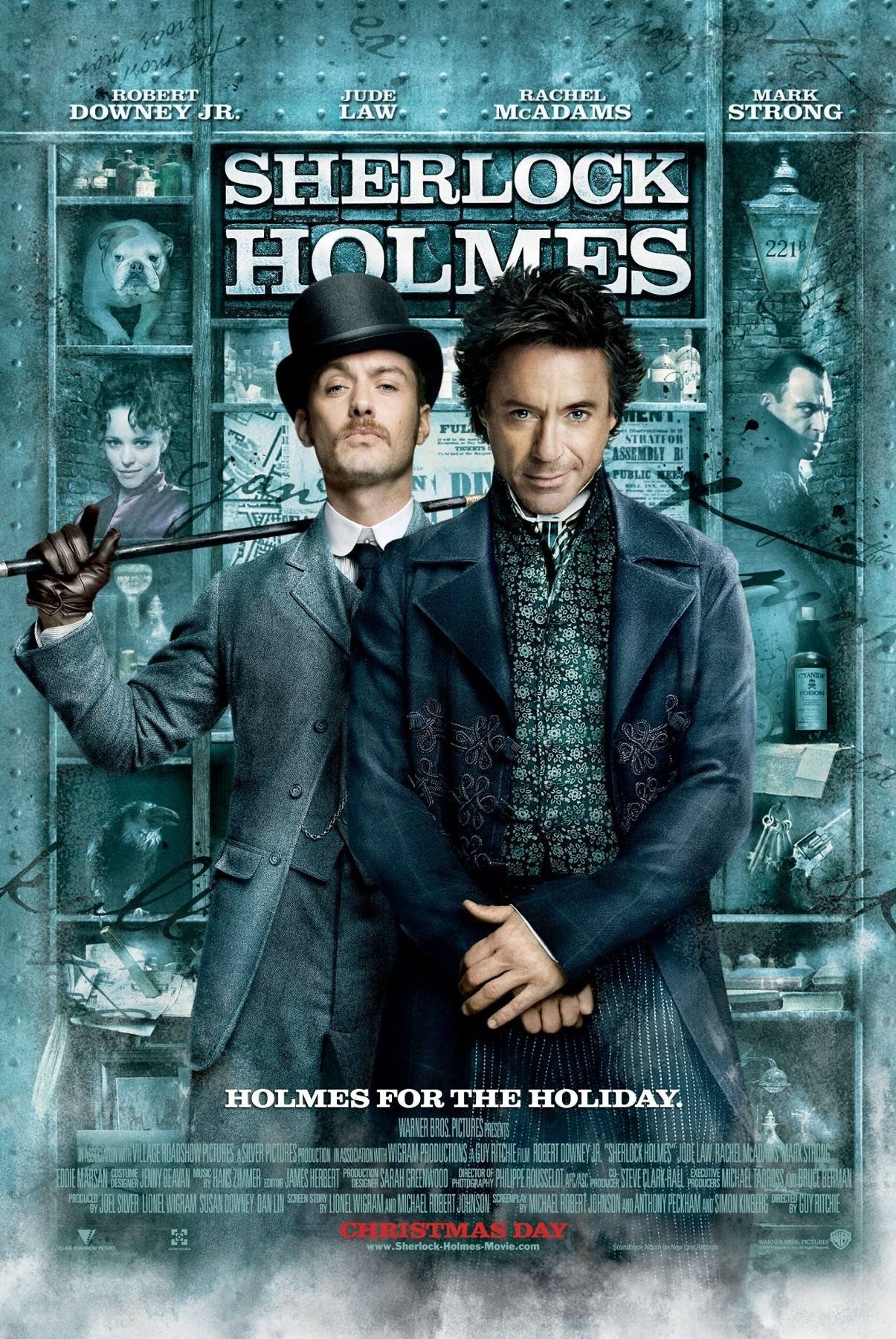