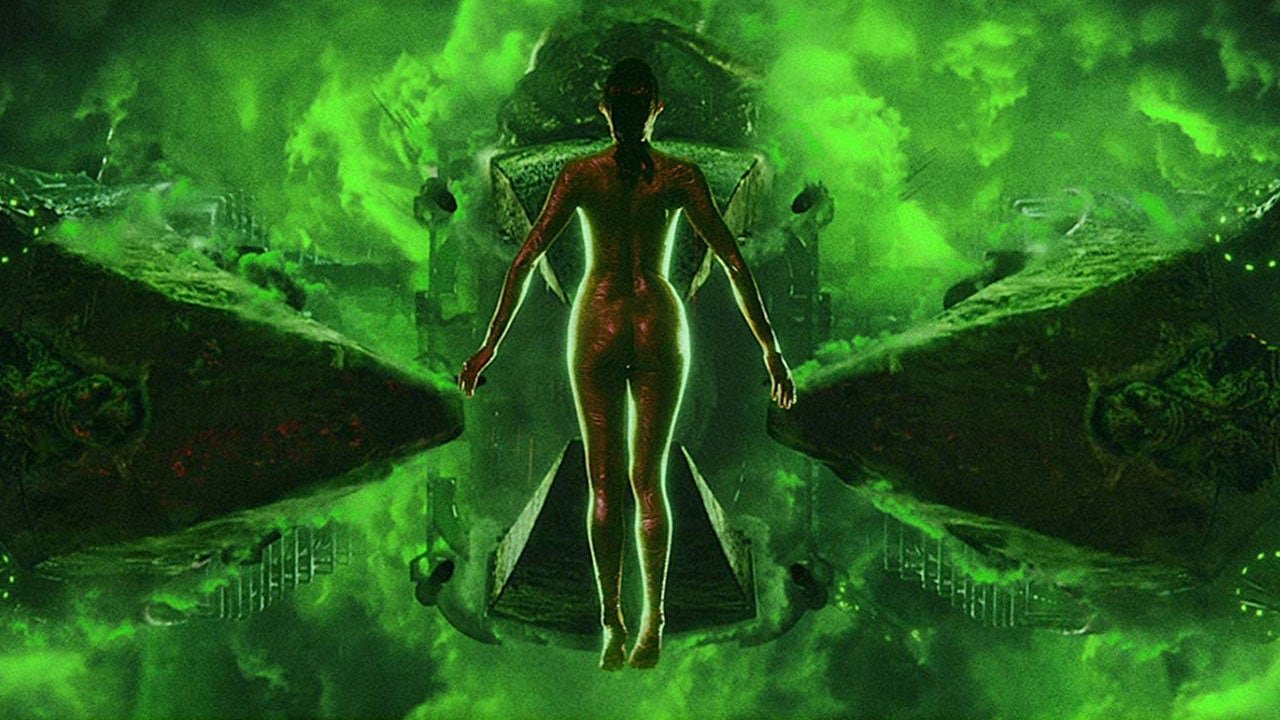 Cinema is no stranger to using music to tell a story. There have been countless movies that have their genesis within an album or as a collaboration between an artist and film studio.

Films like Interstellar 555, The Wall, or even Heavy Metal use music to build the soundscape for the events on screen. Following up their music video collaboration Turbo Killer, music group Carpenter Brut and creative team Seth Ickerman (Raphaël Hernandez and Savitri Joly-Gonfard) bring us Blood Machines:a science fiction, cyberpunk, neon nightmare that almost hits the mark.

The story—as it is—of this 50-minute acid-trip focuses on Vascan (Anders Heinrichsen) and his co-pilot Lago (Christian Erickson) as they hunt down a rogue AI trying to free itself from the confines of its own ship. As they reach the planet and start to explore what is going on they quickly find things are far more difficult than they originally planned. As naked women with crosses on their chests fly across the galaxy and the music ramps up, logic is thrown out the window for some amazing (if not ridiculous) visual concepts.

Visually, Blood Machines feels like a film that started production in 70’s grindhouse cinema, then some 80’s concepts and modern CGI were added to give a final polish to the core concept. It is easy to see how this movie started life as a music video, slowly expanding into the visual spectacle you can now watch today. While it only lasts 50-minutes, it hits just the right level of insanity to keep each scene fun and fanatic while never overstaying its welcome. The production values are high though, with some fantastic concepts, effects, and ideas all playing to build to a visual and musical crescendo.

Had the film makers pushed for a 90-minute runtime the napkin’s worth of story would fall apart, but as it is, the visuals carry the audience though without it growing dull. Even with this fact, the story that is present does at times feel wooden and often can feel like a 90’s video game more than a movie. Acting feels stilted, and overall motivation is lost in the mirage of visual flair and bombastic soundtrack. But even with this fact, the actors on the screen do the best they can with what they are working with. It has a Kung Fury feel, hitting the right campy notes to keep it fun, while making almost no sense in the process.

Carpenter Brut‘s music is clearly the star of the show when it comes to Blood Machines. It builds the soundscape that carries the visuals forward, but this can be a blessing and a curse. With the music put so far into the forefront, it is often at the expense of dialogue, acting, story, and even at times, sense. Blood Machines often does feel like a visualizer first and movie second. The rich synth beats and the solid score keeps things fun, the blood pumping, and the visuals flying, but in the end, you are left wondering why.Blood Machines is a visual synth-based drug trip that should not be missed. There is not much story to speak of, and what is there feels half-cocked and disjointed—but if you can look past that, and turn your mind off for its brief but intense 50-minute runtime, you will be in for a visual treat that while not deep, is a blast to experience. Blood Machines is filled to the brim with potential, and I am excited to see what the team at Seth Ickerman does next.

While shallow and lacking a rich story, Blood Machines is a synth-based acid trip you won’t soon forget. 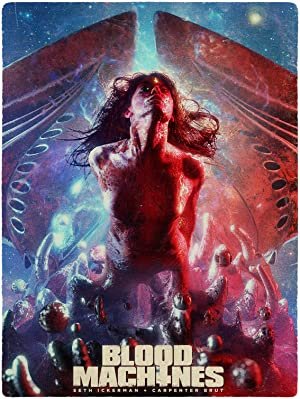