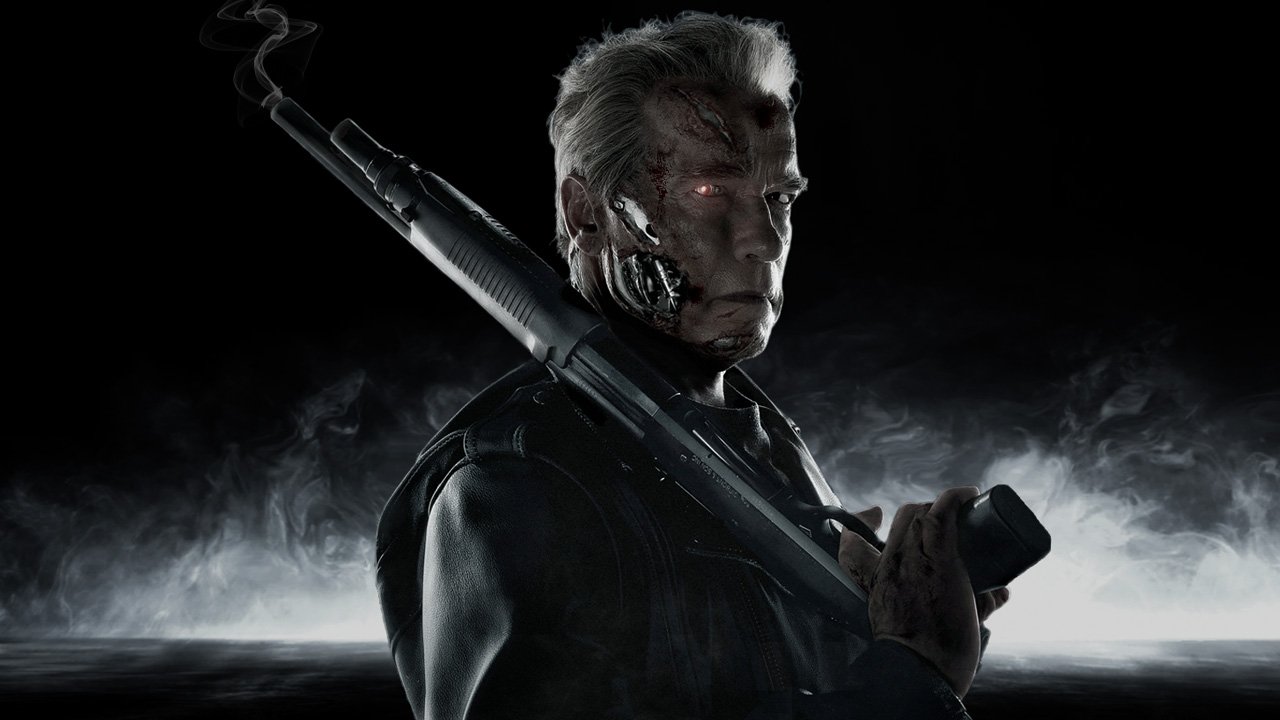 Ever since Arnold Schwarzenegger stopped running California for long enough to appear in movies again, another Terminator sequel was inevitable. After all, he promised he’d be back (sorry). Well, there’s more to it than that. Even though Arnie has made some perfectly watchable action movies since coming out of retirement (ahem…The Last Stand), they haven’t exactly lit the box office on fire like his superstar heyday. So, the guy had to dip back into the Terminator well eventually, if only because even the last two horrible Terminator sequels made some big stacks of cash. People love the time-traveling machine war franchise damnit and with Jurassic World breaking box office records left and right, 2015 is officially the summer of blockbuster nostalgia. So, now we have a fifth Terminator movie after years of endless development. Perhaps appropriately, it even feels like at least five Terminator movies crammed into one as evidence of just how damn long filmmakers have been toiling away on this project.

So things kick off in that whole future Man Vs. Machine War thingy. John Conner (Jason Clarke) and his soon-to-be-daddy Kyle Reese (Jai Courtney) even lead the humans to victory during an opening credit sequence battle. However, the victory is short-lived once they realize that just before beating Skynet, the machines were able to send a Terminator back to 1984. So, Kyle is sent back as planned and then the movie turns into a shot-by-shot remake of James Cameron’s original film. That is until an older Arnie Terminator shows up and fights the young Arnie Terminator. In turns out that timelines have been changed, Back To The Future II style. A Terminator was sent back to protect Sarah Conner (Game Of Thrones’ Emilia Clarke) when she was a little girl and then raised her into a fighting machine (apparently Terminator flesh ages in-real-time, explaining how the 68-year-old Schwarzenegger looks a lil’ different). So now we have a badass Sarah Conner and confused Kyle Reese in 1984 re-enacting scenes from the first movie and then a T-1000 shows up for a few sequences that reference/remake the equally iconic sequel. After that Sarah and Kyle realize the timelines of this world are all screwy and they’ll have to time travel to 2017 to stop a new machine apocalypse. In this timeline, Skynet is being launched as a “killer app” (actual dialogue that sounds even worse in the film) called Genisys.

That might all sound like too much plot for one Terminator movie, but it actually only covers the first 50 minutes or so of this overstuffed sequel. The biggest strength and at times fatal flaw of Terminator Genisys is that it feels like a whole television season’s worth of Terminator storylines crammed into one dense 125-minute sprint. It’s a time-travel math movie, a nostalgic bit of fan-service, an aging Arnie comedy, a snappy time-hopping rom-com, a meditation on fate and humanity’s fallibility, a commentary on invasive internet technology, a relentless CGI action machine, a sequel, a reboot, and a remake all at once. It can be exhausting to sit through and also exhilarating. If you’re ever irritated, bored, or confused by what’s happening on-screen, all you have to do is wait five minutes or so for the movie to turn into something else.

Directed by Thor: The Dark World’s Alan Taylor, T5 represents impersonal blockbuster filmmaking at it’s biggest and dumbest. That’s not to say that the movie is outright bad. As a work of pure spectacle, there are some fantastic action scenes crammed in and plenty of them (want to see a CGI T-800 skull fly towards your face in IMAX 3D? Good, cause it finally happened). There are also a few clever time-travel concepts, buckets of lovably tongue-in-cheek fan service (a la Jurassic World), a fun Schwarzenegger performance, some nice nano-technology Terminator CG effects, and a warm-hearted Terminator-as-daddy subplot. The trouble is that none of that stuff (other than the pretty explosions of course) gets much time to develop. The Frankenstein script is clearly the result of so many different writers, directors, producers, and drafts that the movie feels more like a quadrant pleasing product than an actual satisfying movie. Sadly, other than Arnie the machine, none of the actors get much to work with either. Any sense of individual character they portray is a result of aping the performances from the first two Terminator flicks. All they have to work with here are a collection of convoluted exposition scenes and nauseatingly snappy rom-com dialogue exchanges that never once feel like anything resembling human behavior.

If nothing else, Terminator Genysis proves just how effective and impressive the first two Terminator flicks truly are. James Cameron might be one of the least subtle filmmakers of all time with a knack for serving up cornball dialogue, but his first two Terminator films did serve up incredible thrill rides that were also clever sci-fi thought experiments and moving human dramas. He juggled almost as much material as Taylor and co. struggle to slog through in this fivequel with an ease that makes his movies instantly accessible even decades later. They were personal movies that just happened to be a massive cult hit and one of the biggest summer blockbuster sequels ever made. There’s nothing personal or artfully crafted about T5, but like Jurassic World, there is plenty of fun with enough winking self-awareness to get away with all of the superfluous studio filmmaking excess. It’s not a great movie or even a particularly good one, yet it is by far the finest Terminator movie made since 1991. Sure, the competition for that title is pretty lame. That doesn’t mean that this thing isn’t far better than it should be though. If you are dying to see a new Terminator movie, then Terminator Genisys will scratch that itch. However, if you’re just dying to see a Terminator movie in general, feel free to stick with T1 and T2. This thing ain’t that good. Few popcorn blockbusters are.

So, the guy had to dip back into the Terminator well eventually, if only because even the last two horrible Terminator sequels made some big stacks of cash. 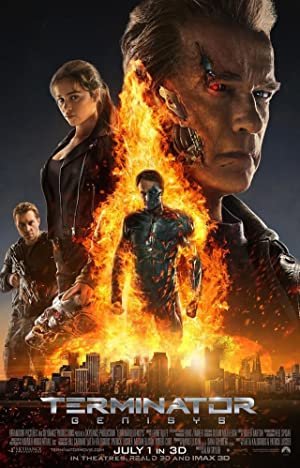