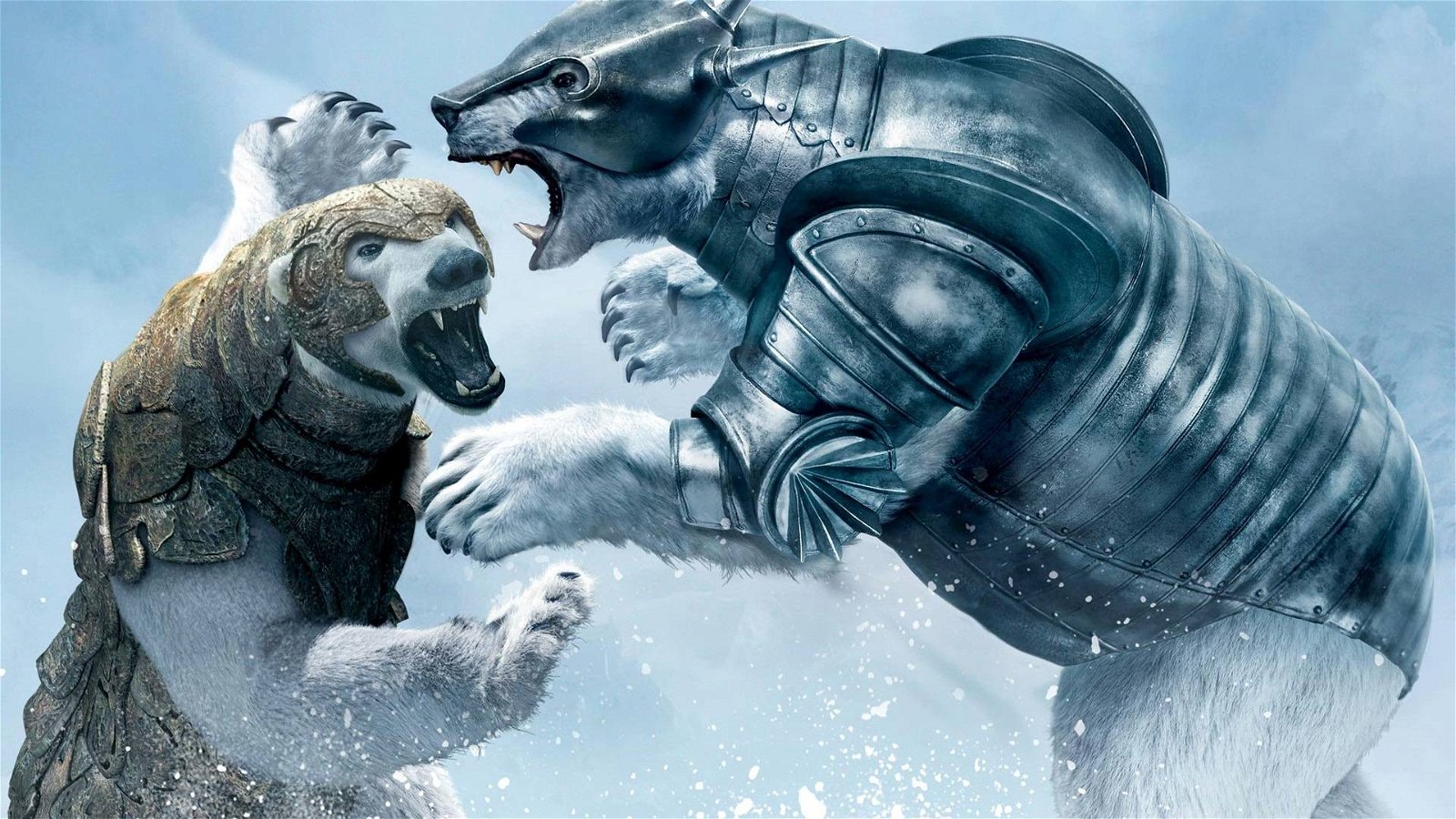 There are a few occasions when so much effort is spent on something so undeserving of controversy you shake your head and wonder what’s missing in people’s lives to make themselves so obsessed over nothing at all. Case in point: The Golden Compass, the dirty movie so atheistic it’ll poison the soil of any good Catholic child who has the misfortune of having a parent uncaring enough to take them to it. And we all know that movies are the gateway for the real drug: books, and their even denser anti-religious subtext.

So much ado about nothing really because The Golden Compass barely satisfies on a storytelling, let alone get you anywhere near the point where you want to track down the books in order to open the doors of perception. (Those frisky wilds of atheistic delight.) While thoughts of fantasy trilogy dollars the likes of which have yet been seen since the end of The Lord of the Rings were obviously playing in the heads of studio execs, they forgot some basic rules of the game.

First, it’s about the characters. Story is good, story is fine, but unless you know and love the characters the rest doesn’t matter much. I understand that Compass is not only taken from a book, but part one of three of a series of books, so there’s a lot of story to cram in. But who and what is the engine for all that story? That’s right, the characters and the more characters there are, the less chance there is to get to know even a fraction of them. This is one of the many faults of Compass, but by far the most glaring.

Secondly, you have to be full vested in the world and that means understanding and accepting it. In the Harry Potter films that’s easy, Harry has lived a typical childhood of any kid in the real world before he’s spirited away to the magical world of Hogwarts, and once there the viewer has the narrative luxury of being as much in the dark as Harry as to the meaning of things. Lord of the Rings meanwhile is modern mythmaking with several characters, creatures, settings and archetypes that have been used in literature for centuries. The same goes for Star Wars which was an amalgamation of several genres and stories.

Golden Compass takes place in an entirely unique world. A kind of futuristic Victorian England where people’s souls exist as animal entities called daemons that live outside the body and can communicate with their host. In the North, the lands are ruled by armoured polar bears who can also talk. Gypsie-like Gyptians roam the seas, friendly witches fly across the skies (as do the cowboys), Russianesque mercenaries with wolf daemons keep the peace and they’re all ruled by the dictatorial Magisteria. From their seat of power, the Magisteria seek to rule all the Earths in all the dimensions through means of a substance called Dust, the discussion of which amongst the intellectual class is forbidden and considered blasphemous.

Against this complex backdrop is Lyra (Dakota Blue Richards), a young woman being raised and educated at Jordan College as per the instructions of her uncle Lord Asriel (Daniel Craig). Lyra is granted leave to go on a trip to the north with Mrs Coulter (Nicole Kidman), a powerful member of the Magisteria with her own agenda. The professors give Lyra an Alethiometer, a compass-like device that answers all questions and is highly sought after by just about everyone. When Lyra gets wind of Mrs. Coulter’s true intentions, she runs away and unites with the forces of good to save a group of kidnapped children being experimented on by the Magisteria for some unknown reason.

It’s problematic when your movie needs a book to explain it, especially when it already comes from a book. It’s also problematic when at the end of a film, two characters sit and describe to each other the details of the plot that’s to come rather than, I don’t know, living it. At best, objectives are left unclear. Why is the Magisteria kidnapping children and attempting to rid them of their daemons? What’s the deal with dust and why is the discussion of it outlawed? And what the devil happened to Daniel Craig’s Lord Asriel after the second act?

The performances aren’t that solid either, all I was with left with was a wanting for more, more about the characters, more interactions between the characters. Sam Elliot does his cowboy twang, Eva Green is barely even there as the witch Serafina, Craig comes and goes but doesn’t do much and Kidman plays mean without much else to keep her occupied. As a reminder of older, better franchises both Christopher Lee and Ian McKellen put in a penance with small, supporting parts, but it does nothing more than remind you of the superiority of Rings.

Finally, after nearly two hours of stuff happening, the movie ends on the cusp of another out of the blue mission barely after Lyra receives some rather disturbing and surprising information about her parentage. So with one bomb dropped on us and no real resolution to the storyline I barely understood in the first place, the credits roll. Huh? So confusion comes with the price of admission now. The Lord of the Rings trilogy may have been told in three parts, but each part felt like it had a natural ending that closed the door behind it as the story moved in to the next chapter; something that Compass was lacking.

Lamentably for the good people at New Line Cinema, it looks as if their new fantasy trilogy is going to be more of a onelogy, which despite my opinion here, I think is a shame because the series has some great potential. Squandered though it is, I think that a Dark Materials series would be just different enough from a lot of other fantasy epics to be something unique and original. Perhaps director Chris Weitz’ instinct was correct and the movie was just too big for him. C’est la vie.

Perhaps director Chris Weitz’ instinct was correct and The Golden Compass was just too big for him. 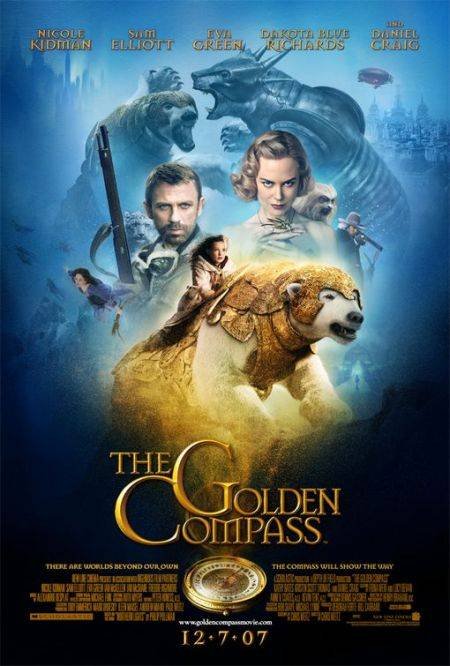