The Imaginarium of Doctor Parnassus (2009) Review 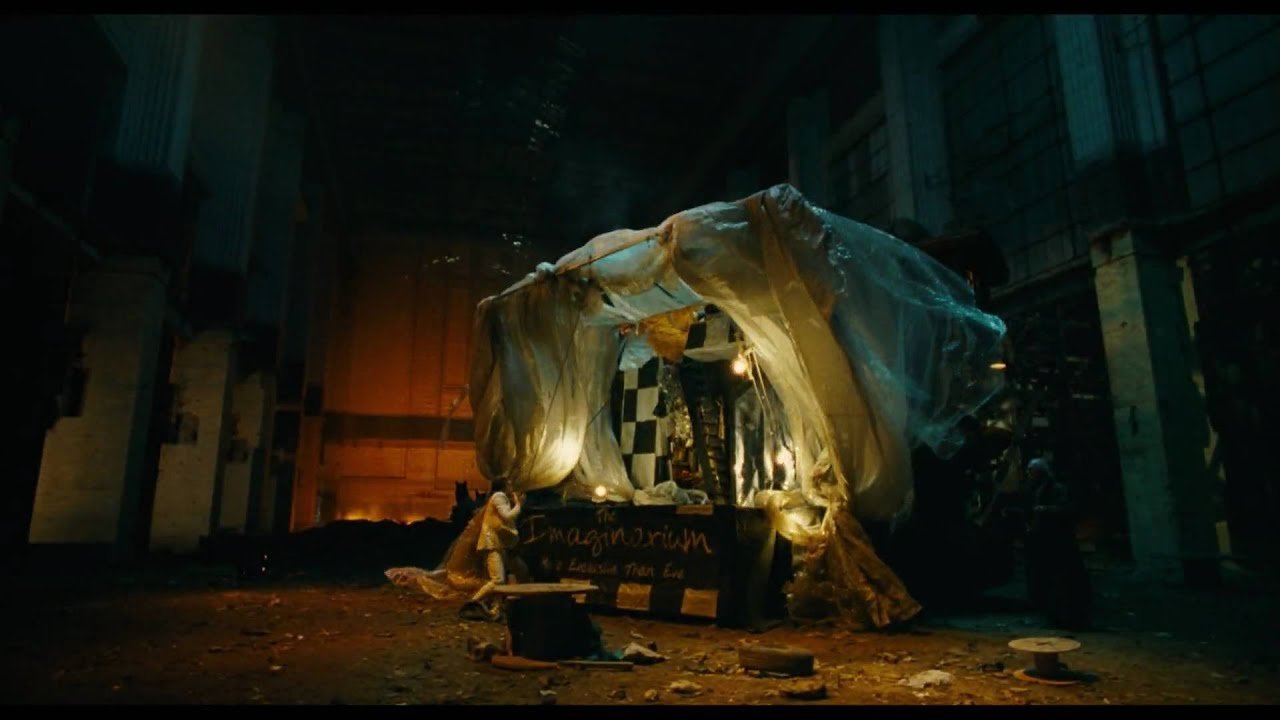 This month’s DVD release of “The Imaginarium of Doctor Parnassus” will take you through magic mirrors and nail-biting deals with the devil.

The film opens with an old carnival wagon rumbling along the cobble stones of a modern-day London street. The wagon stops, folds out, and with a dazzling display of mirrors, ruffles and light, we are first introduced to Dr. Parnassus’ Imaginarium. Doctor Parnassus (Christopher Plummer), a thousand year- old man, sits cross-legged and still as the rest of the theater group tries to lure city folk to step right up. Doctor Parnassus’ young daughter, Valentina does most of the luring with her young beauty and oval face. Anton (Andrew Garfield) gawks at the crowd, inviting people to enter a magical mirror that’s on stage. Percy (Vern Troyer), the final member of the group, is a midget who assists Parnassus and acts as his right-hand man.

The unfortunate setback of Heath Ledger’s death during filming forced Terry Gilliam’s dream of a simple film to turn into a plot which is much more complex.  As a result, it is not until about half an hour into the film that we meet Tony (Heath Ledger), a fugitive from justice who leaves only vague hints that he is running from his past crimes dealing with charity fraud. Tony befriends the four-man theater group, but he carries a mysterious attitude and is surprisingly adept at luring city folk into the Imaginarium. As Valentina begins fawning over the new groupie, Anton becomes jealous and the plot thickens. We find out that Parnassus is wishing the days would go slower as he is reminded by Mr. Nick (Tom Waits) of the deal the two of them made ages ago. Parnassus had vowed to gain immortality and also give his daughter to the devil on the day she turned 16 in exchange for his true love to be set free.

Tony’s ability to captivate crowds puts the Imaginirum in high desire amongst city dwellers. The temptation to escape reality by stepping through a mirror into your imagination was bringing in a long overdue source of revenue for the carnival wagon. The mirror is not all that it seemed, but rather it’s a moral conflict between the devil’s deal with Doctor Parnassus.

As the mysterious Tony enters the Imaginarium, his story begins to unravel. His alter egos (Johnny Depp, Jude Law and Colin Farrell) developing on different aspects of his life and through visionary images we start to see his side of the story.

Tony and Valentina decide to escape together and stepped through the mirror into bliss. But this final scene in the Imaginarium becomes a hodgepodge of confusion. We discover that Anton has also entered the Imaginarium, and Doctor Parnassus and Mr. Nick were also there. It’s an exciting sequence with lots going on combining the imaginations of each person who entered into the magical mirror.

The DVD includes a two disk package including the film and loads of bonus features. Grouped with an introduction from Terry Gillium himself, you can also find “Deleted Scenes”, “Heath Ledger Wardrobe Test” each with optional commentary by Gillium. Other notable features include “Behind the Mirror” and an interview with “Heath Ledger” discussing the film and his character, Tony.

The film can be a bit much to take in at points, but overall it's quite captivating and very pretty to look at. “The Imaginarium of Doctor Parnassus” is an extravaganza of dazzle, decor, mystery and, inevitably, imagination. 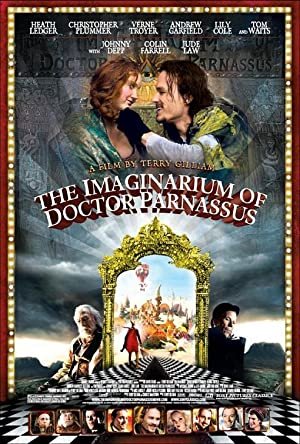