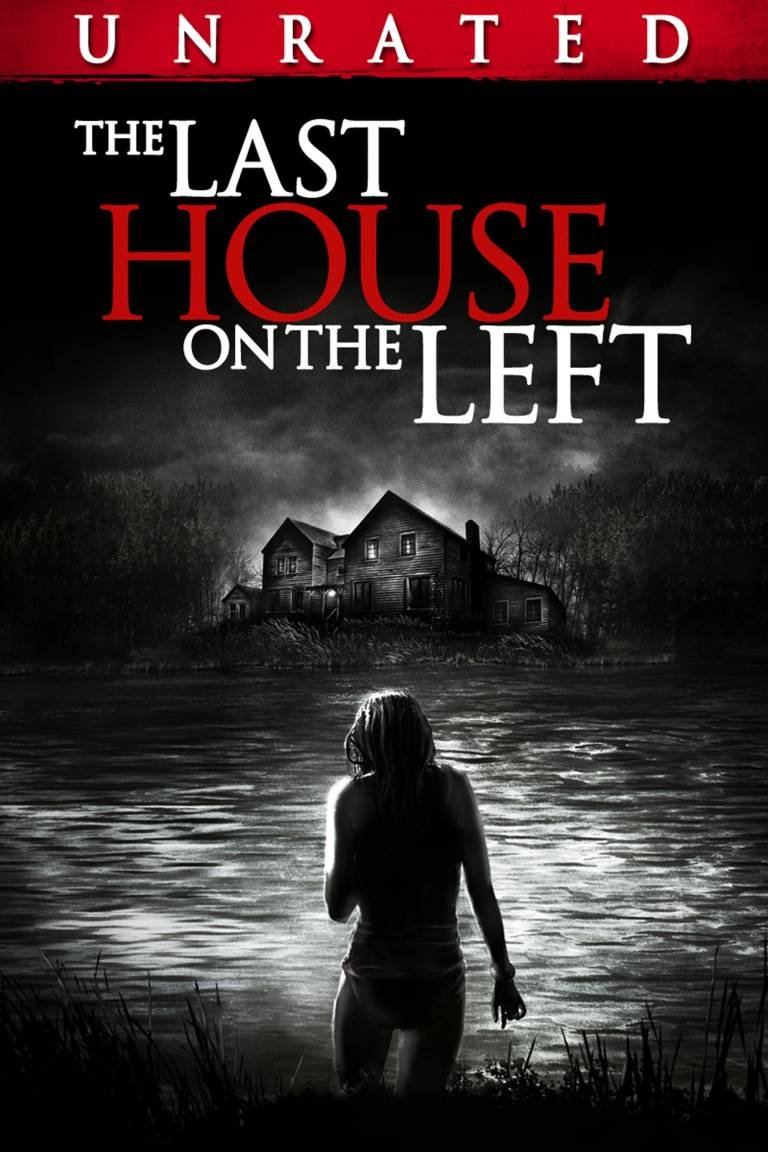 I don’t know about you all, but I think I’d rather see Wes Craven’s new, original film 25/8 than another remake of a classic Craven work. I will say that unlike The Hills Have Eyes remake, or its sequel, this one has some bite, though it still revels in Craven’s apparent fear of falling victim to ravenous rednecks in the middle of nowhere. Much of Last House is vile and degenerate, but unfortunately I believe that was the point. I will say that I thought that the actors were very good, running and screaming and all that stuff. The villains were good and seeing them get whacked in the end did give one a vicarious thrill. But the film itself is still empty.

And before we begin, if you think this Last House is bad, than you obviously haven’t seen the original it’s based on because that movie is everything negative about this film but magnified by a factor of ten. And from what I understand, the original script was somehow even more horrid than what ended up in the final product. It was a different time granted; Craven and many other post-Vietnam filmmakers were inspired by the violence of the images coming out of the news coverage of the war, and translated that through the prism of their camera lens.

But this remake seems inspired by nothing more than the desire to cash in on name value, because as elegantly made as it is, this Last House offers nothing but watered down reshoots of the basic plot points of the Craven version. The story is basically the same, a family goes to their summer home in the middle of nowhere lakeside town outside “the city.” Mari (Sara Paxton), a rather morose looking girl, meets up with her friend Paige (Martha MacIsaac) in town, and at Paige’s insistence they head out searching for an illicit drug that bears an uncanny resemblance to oregano. The last thing they expected to encounter while hanging out with a sweet-natured emo-kid (Spencer Treat Clark) is his redneck family of sadists.

To their credit, Garret Dillahunt, Aaron Paul and Riki Lindhome are very good playing the criminal deviants; especially Dillahunt who’s built a bad ass rep playing agents from the future here to destroy the past on The 4400 and Terminator: The Sarah Connor Chronicles. I also applaud Tony Goldwyn and Monica Potter for the way they played the parents because you could believe their tension and the conflict in the predicament they face. Last House on the Left is an overly graphic and violent morality play of course. It poses the classic What would you do scenario? and offers a revenge fantasy thrill while making you wonder if that’s the right call after all.

Or at least it’s supposed to. Revenge? Love it, but there’s a difference between protecting one’s self and, let’s say, severing someone’s spinal column and putting their head in an open microwave and pressing ‘Start.’ There’s a final act in the end of this House that crosses the line from moral complexity to downright malice, and I have to say that it felt a little tacked on. Somewhere between the first half hour and the last ten minutes is a perfectly serviceable film, not to everyone’s taste, that could have made a powerful statement about violence and our violent culture. Instead most of the movie feels like its been tamed for a more palatable time, while only one or two scenes are preserved to ply as some sort of proof that the film is shocking and cutting edge.

It’s a good effort, but Last House on the Left is remanded to the junk pile of why did they even bother.
REVIEW SCORE
6
File Under: