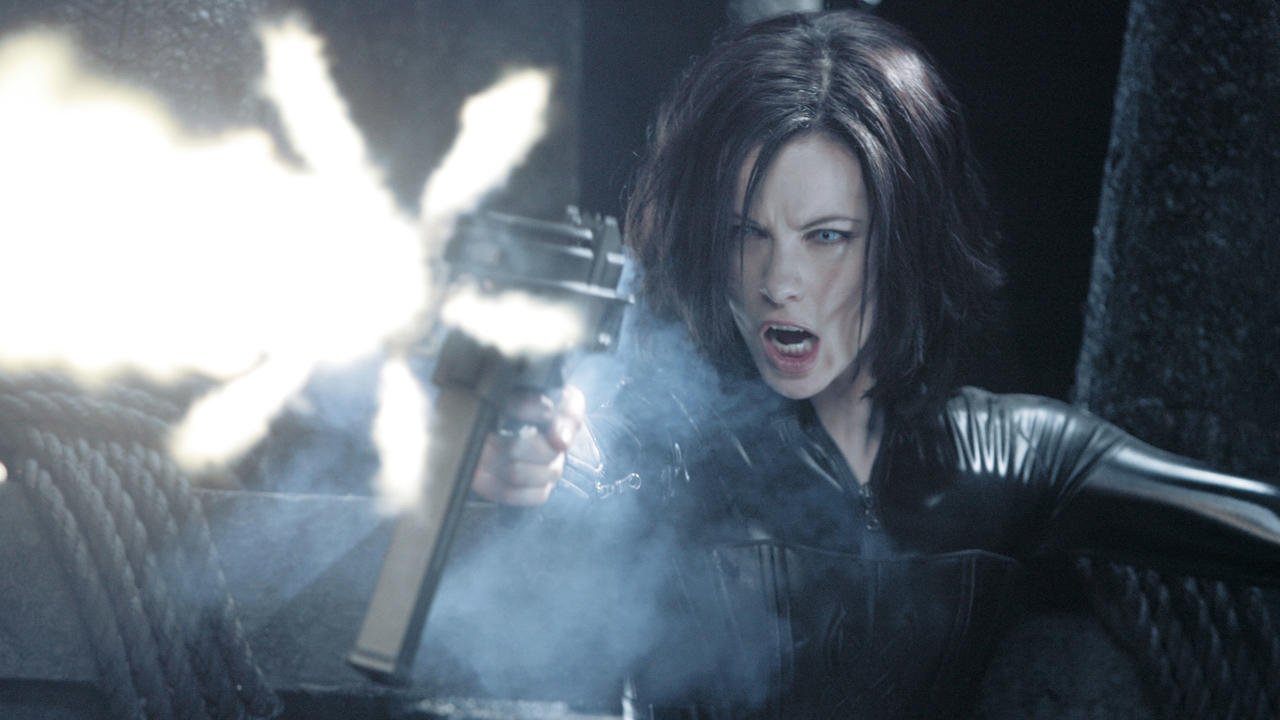 My obsession with the Underworld franchise stems from the summer afternoon, where, while dreaming up movie ideas, I came up with a concept for a film about a gang war between vampires and werewolves. The idea was simple enough: take fiction’s two greatest monster creations and pit them against each other in the best tradition of classic gangster films like Public Enemy and White Heat.

It couldn’t have been more than a couple of weeks later, after I had come up with a rough, brief outline, that I read on the Internet that a similar movie was already in production. It was called Underworld, and while it copied my basic idea, the synopsis I read added an interesting kind of ‘Romeo and Juliet’ spin on the concept; recasting the Montagues and the Capulets as warring clans of supernatural creatures. I was disappointed, but ultimately I approved and awaited the finished film with great anticipation.

But when the movie was finally unveiled in September 2003, I was less than impressed. Offended is more like it, offended because this was a serviceable concept that really should have been foolproof in its execution. As a film reviewer, I immediately laid the blame at the feet of director Len Wiseman and screenwriter Danny McBride. I really was surprised by these two; surely Wiseman’s experience in the prop department on Independence Day, and McBride’s years as a stunt man would have provided the requisite skill to respectively direct and write a major film.

Now I have no problem with people seeking upward mobility in their careers. We all want to have a bigger house, a nicer car, and in the case of Wiseman, a movie star wife, namely Underworld leading lady Kate Beckinsale. But the movie itself left me wanting – left me wanting a better movie that is. How could something so simple get so screwed up?

Vampire assassins called ‘Death Dealers’, and werewolf gangs called ‘Lycans’ do battle in a seemingly centuries long conflict, the reasons for which have been forgotten and everyone is either unwilling or unable to to research the past and find out why. Parallels to modern conflicts of race and intolerance? You must be thinking of some other movie because Underworld’s sole preoccupation was mindless violence.

The recruited cast was very capable though; Beckinsale as vampire heroine Seline was the best thing to happen to leather cat suits sine Diana Riggs saved the day on The Avengers. Her co-star Scott Speedman though spent every frame of film looking completely and totally out of his league. He’s supposed to be a capable young surgeon named Michael, but he doesn’t look like he can cure hemorrhoids with Preparation H. I’m not sure what happen to this love story that was promised, but it was entirely non-existent save for a stolen kiss, and admit it, if you got the chance lock lips with Kate Beckinsale, you wouldn’t hesitate either.

What plot that did exist was so overly written and completely contradictory, not to mention convoluted, all we are left with is bad dialogue, soulless acting and some admittedly, rather cool fight scenes. At the end of the film enough lingering threads were constructed that the film practically begged to have a sequel. With marginal success at the box office, this request was easily answered with the follow-up entitled Underworld Evolution.

The sequel more or less picks up where the first left off, actually, almost exactly where the first one left off. Which is immediately problematic in terms of the logistics of story structure and continuity. I mean, even Jack Bauer gets about a year off between bad days, at least within the chronology of 24.

In part one, two vampire overlords were scratched off the to-do list, there’s one left and he is one angry half-bat creature. He recklessly pursues Selene and Michael (who’s now a vampire/werewolf hybrid) in the hopes that they’ll lead him to his long lost brother: the first werewolf. The film pretty much becomes fight scene, fight scene, death trap, fight scene, sex scene, big fight, bigger fight, climactic fight, the end.

The killer part is that considering the way the first Underworld was structured, I was so sure that Wiseman and McBride knew where they were going next and what they wanted to do with the story. Apparently, I was giving them too much credit. The thing seems put together with typically childish, “it would be cool if did ‘this’” gusto. Again, this thing looks very cool indeed, but that may just be the whole blue-tint lighting scheme that I hope Wiseman doesn’t translate to Die Hard 4.

The film seems perpetually confused. It keeps throwing flashbacks at us to things that were either eluded to or actually shown in the original, which makes very little sense in the context of Evolution where nearly everything that had to do with part one is thrown out within the first 20 minutes.

That includes Michael and Selene’s rather static relationship. One opened mouth kiss and a bite on the neck is apparently all the foreplay the pair needed to go from first blush to doing the nasty in some filthy warehouse. I don’t mean to be crass, but what’s the timeline here? About a day and a half? In this one, uncomfortable looking sex scene one can practically hear Wiseman paraphrase the Pussycat Dolls by saying, “Don’t you wish you’re girlfriend was hot like mine?”

You’d think that more guns, more gore and Kate Beckinsale in the bare flesh would be enough to pass along at least an extra star to this overwrought piece of violent gothic melodrama. Sorry to disappoint, but as the old saying goes: “you can’t fill your house with pretty things and expect it to make up for the shoddy construction and the substandard foundation.” Well, I’m not sure that was an actual saying, but it’s certainly apt nonetheless.

If a movie is made well enough to be able to fully envelope you into it’s world despite bad acting, horrible dialogue and even cheesy special effects, then all can be forgiven. It’s why the original Star Trek is still regarded as the best; the stories and the characters still hold up, there is, if the good Spock will forgive me, a logical, emotional and compelling narrative being told.

In Underworld Evolution, you’re lucky if you even have a vague idea of individual thoughts and motivations as we go from scene to scene. We get hints of something bigger, but there’s never any pay off. We’re told that characters are too powerful to be stopped, but they’re eventually vanquished with little effort. We have a character who is a take charge, in control, woman of action, but she’s hitched her sail to a man that can’t go five minutes without whining about their predicament.

I’d like to say that there was a point where I was able to put my wandering mind into neutral and just dig on the action sequences and other brick-a-brack, but even I’m not that capable of suspending disbelief that much. And that’s sad, this material has potential and in the right hands we could have been treated to one of the most ingenious monster movie mash ups ever.

But instead, we get this Matrix and Blade hybrid, which, much like Underworld’s hybrids, is nowhere near as provocative or fulfilling as it should be or as it’d like to be. So there just might be some juice left in the idea after all. Call my agent!

Much like Underworld's hybrids, is nowhere near as provocative or fulfilling as it should be or as it'd like to be. 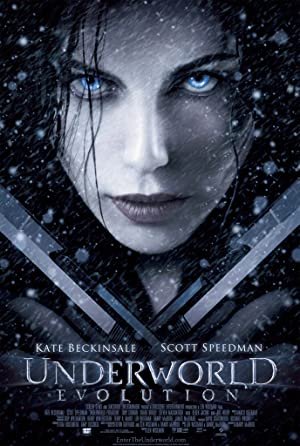