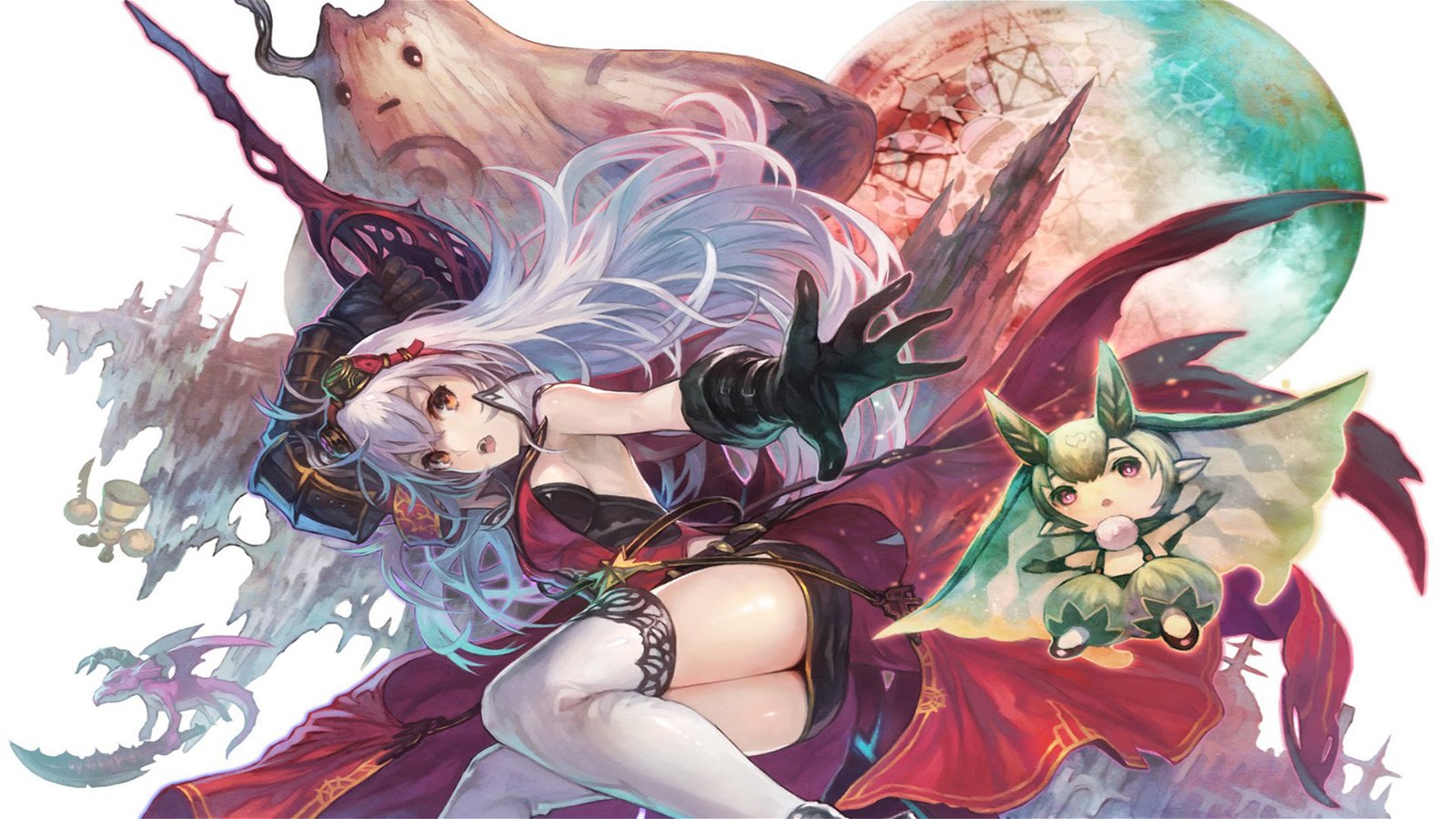 Shin Megami Tensei pretty much has the gaming market cornered on the “make friends with demons” concept, and because Atlus has been at it for so long, the myriad mainline titles and spin-offs have the formula down pat. By consequence, it takes a lot for somebody to put a fresh, novel spin on it, and while Nights of Azure certainly cribs a lot from that venerated role-playing behemoth, it does so with such gusto and flare that it manages to eke out a unique identity.

Part of that is due to the high-concept and surprisingly progressive story. Being a title developed by Gust, of the Atlier series fame, one wouldn’t expect much of an emotionally mature and nuanced narrative. However, from the first interaction between Arnice and Lilysse, the lifelong friends and perhaps doomed lovers, it is striking how bleak the outlook and how dense the lore is. Lilysse is destined to be sacrificed to prevent the awakening of an ancient demon, and half-demon Arnice is tasked with either allowing this to happen or to try changing fate and risk allowing this demon to reawaken.

It’s clear from the outset that this story isn’t going to go in a particularly great direction for anyone. Throw in a shadowy organization, two bickering explorers with dubious intentions and an enigmatic caretaker, and you’ve got a complicated, winding narrative that stretches on for the better part of 15-20 hours on a rushed playthrough.

Going through at a rushed pace, though, would devalue a game in which shoulders-deep immersion is clearly the focus. Nights of Azure is technically a hack-and-slash game, yes, and certainly a competent one at that, but that’s only one facet of the package. The rest of the player’s time is devoted to ranking up different aspects of Arnice’s personality, enhancing your relationship with Lilysse, and befriending your demons. All of these are accomplished in streamlined, simple ways that encourage the player to engage them. It’s easier to feel invested in the demons you bring into battle once you’ve taken a nap with them, or heard their thoughts on the interior design of the hotel you live in. The demons range from talking dolls to towering monstrosities, and all of them possess unique quirks that add a lot of personality to the overall experience.

“Personality” is the key word here, as Nights of Azure somehow manages to succeed as both a romantic Gothic fantasy and a quirky slice-of-life game in the vein of a Persona title. There’s funny dialogue with the monsters. There are different “daytime activities” that Arnice can do to boost stats. There’s a subplot involving Lilysse being terrible at cooking. While it’s easy to see some low-hanging fruit attempts at appealing to a certain demographic with cutesy anime tropes and some pretty perfunctory fan service, there’s more to like about the socializing bits than not.

In fact, it’s precisely because of their presence that Nights of Azure is so engaging. Most hack-and-slash action games have linear, cinematic narratives. Here, every single character is given breathing room, and the entire experience is better off for it. That’s not to mention the fun arena challenges, the innate challenge of discovering all the demons, and leveling up different facets of Arnice (charm, stamina, intelligence, etc.) On their own, the action sequences would grow tiresome after a while. But the dynamic progression system and sheer amount of content to dig into supplement them nicely.

This amount of content is tied together with a stylish and unique aesthetic presentation. Instead of battling through generic caves and fighting off spooky skeletons, players take Arnice through haunted theme parks and infested botanical gardens filled with evil carousel horses, plant demons and other strange creatures. While it’s far from a graphical powerhouse, the art direction is arresting. The accompanying music is the best I’ve heard in a game this year as well, with a variety of styles ranging from jazzy pop to fast-paced synth-strings to thrashing guitars. Presentation goes a long way here, and despite some of the downright silly outfits the female characters are often found in, Nights of Azure manages to be a visually and sonically arresting title.

It’s rare to see a title manage to juggle so many different things and succeed at almost all of them, but somehow, Nights of Azure does exactly that. It mashes together aspects of role-playing, action and raising sims into one stylish, original package, then ties it all together with a sprawling narrative that sucks you in and refuses to let go. Perhaps it lacks the technical polish of other games with bigger budgets, but with this much substantial content and stylistic flare, that’s easy to forgive.

While some may be put off by occasional displays of cleavage and some cutesy slice-of-life moments, there’s something for almost everyone in Nights of Azure, and it’s one of the finest examples of action role-playing I’ve encountered in quite some time.

Final Thoughts
Nights of Azure overcomes its tropes and the occasional bit of fan service with a heaping helping of content, stylistic panache, and one of the most memorable gaming narratives in recent memory.
More From CGMagazine 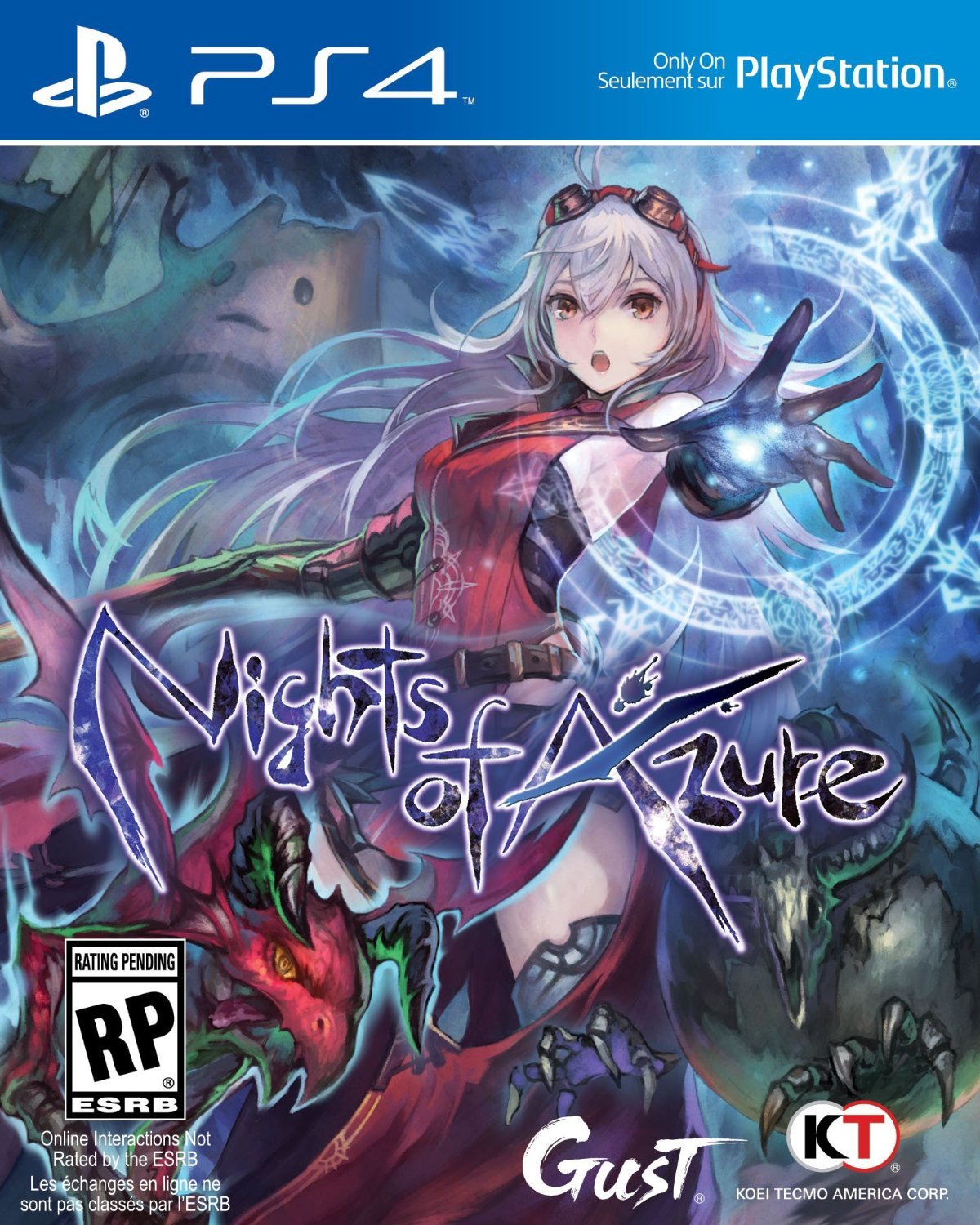