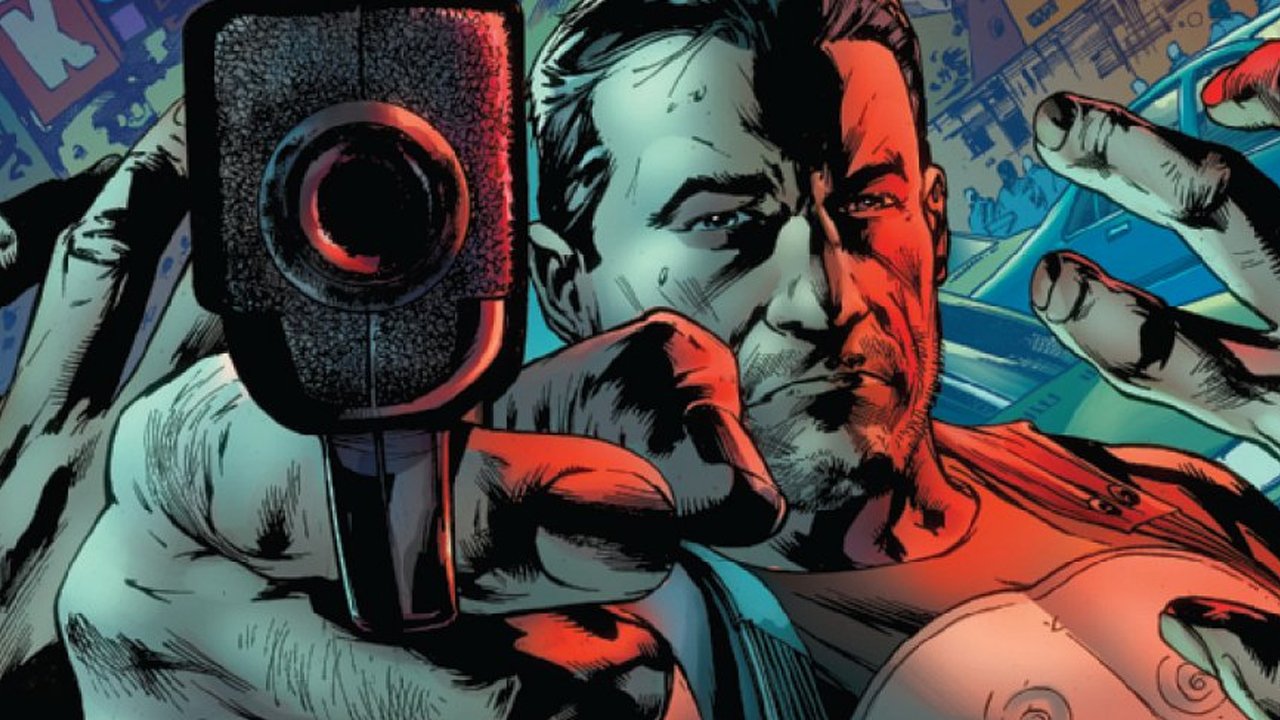 It’s been a while since I read a Punisher book, as I stopped reading Remender’s run the minute Frankencastle started, but damn if Rucka doesn’t know how to grab his audience, and bring them back into the seedy underbelly that the Punisher lives and thrives in.

This is a unique issue, not just because it’s a number one, but also because the Punisher himself is barely seen.  Instead, we see what he’s doing, and as a result, his specter is that much more interesting, as we see two police officers go about their job to solve a gang-related shooting, while the Punisher takes to the streets to respond to the same gang-related shooting in his own particular way.  Whereas when Remender wrote Punisher he focused on Frank Castle the man, someone somewhat worn down by years of doing what he’s been doing, his body starting to slow and catch up to him, as he tries to take on a world that’s been flipped on its head with Norman Osborn on top, Rucka takes a completely different approach to the character, and it definitely works.  He almost uses Punisher as his Batman stand-in here, as Punisher lurks in the shadows, carrying out his mission to kill criminals and murderers.

The real stars of this book are Detectives Bolt and Clemons, who come upon what appears to be a mob-related shooting at a wedding, and then try to solve the murders.  But with some help from the inside, the Punisher is keeping stride with them, and doing his own kind of solving, in a much more final way.  Rucka has experience writing some great detectives in the past, particularly his work on Gotham Central, so he’s an absolute natural here.  This is perhaps one of my favourite takes on the Punisher so far, in that we haven’t gotten into his head yet, or really seen him properly yet, but we feel his presence.  It’s far more powerful a read when he doesn’t even have to say anything in order for the reader to get a strong impression as to who this is, and that he’s dangerous, and out to stop criminals for good.

The lead story is a bit thin, but thankfully there’s a great secondary story, which helps add some depth and character to the new character of Detective Bolt, as we learn of a connection between him and the Punisher.  The script here is fantastic, and definitely lays some important  ground work for this fruitful working relationship between the two.

One thing that amused me when reading this, considering that both this title and Daredevil were part of the Big Shots banner, is that both first issues focused on a gang-related activity, in this case a shooting and in Daredevil an attempted kidnapping, at a wedding.  Marvel sure doesn’t like mob-types getting married apparently.

The only let down for this issue was in the artwork by Checchetto.  Now, first of all I want to stress that I didn’t think that his artwork was bad, in fact far from it.  But it just wasn’t quite up to the task of telling the story that Rucka wrote as effectively as it could been told.  At times, the figures were just a tad too stiff, and there wasn’t a good sense of fluidity of movement, and at others that colours by Hollingsworth were a tad too uniform, as when a gunshot resulst in a bloody smear on a character’s figure, and yet the colours make it hard to tell.  Rucka steps back and doesn’t give us sound effects during these sequences, either to build tension, or perhaps insinuate that there’s silencers at times being used, but as a result the colours are all the more important in scenes like these because they are the readers’ indication that something just happened, since the sound effect isn’t there to let them know about it.

Overall, Punisher #1 is a great start to this title, a very different beast from Punisher’s last ongoing started, but looks like it’ll be quite the ride as run progresses.  With Rucka at the helm, it’s going to be a great ride, and as Checchetto further develops and gets comfortable with illustrating Rucka’s scripts, the art will be a great match as well.  HIGHLY RECOMMENDED!

Overall, Punisher #1 is a great start to this title, a very different beast from Punisher's last ongoing started, but looks like it'll be quite the ride as run progresses. 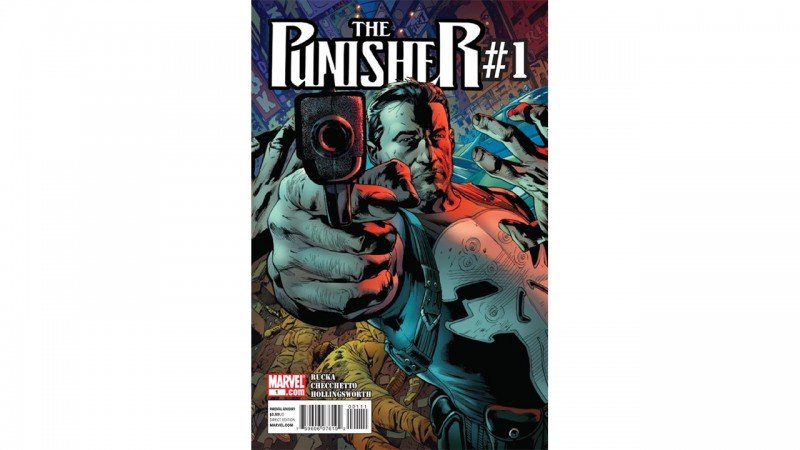