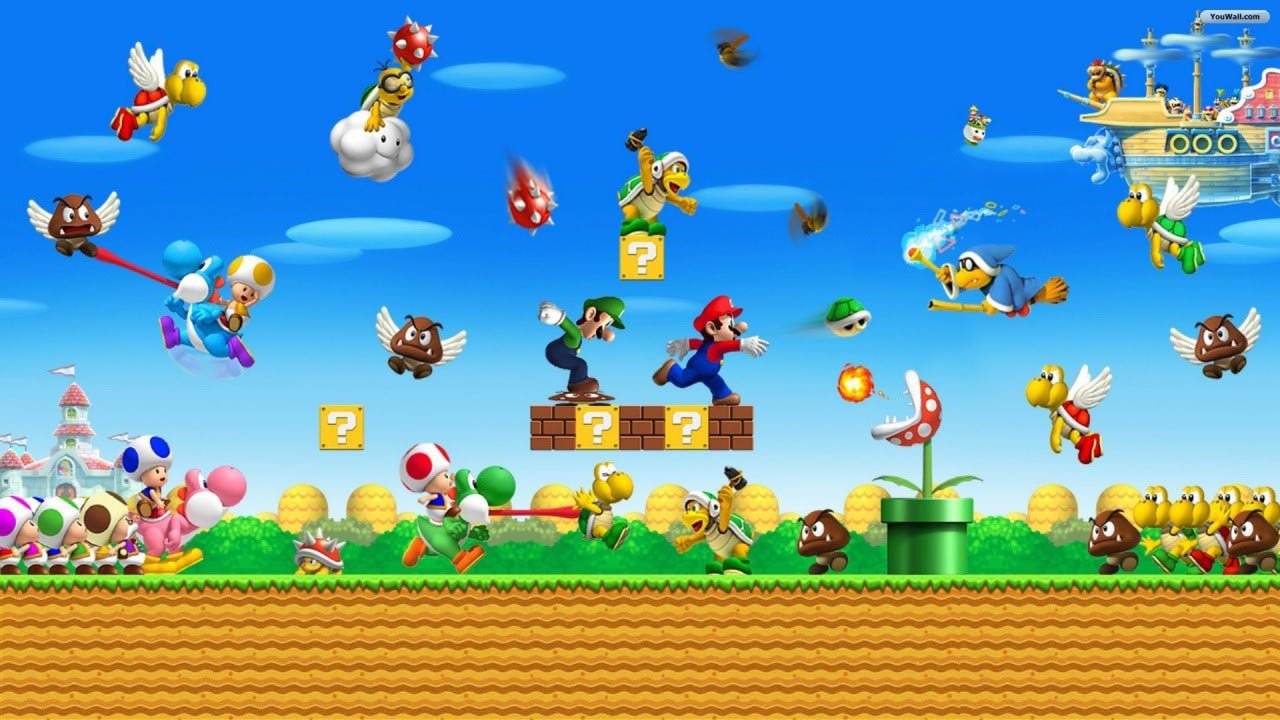 Dating all the way back to a time when the 3DS was a tantalizing prospect shown only to lucky SOBs at E3, Nintendo promised that Super Mario 3D Land would be the title to truly show off the potential of 3D gaming. After a lackluster launch, a highly publicized price cut, and a drought of 3DS software, Super Mario 3D Land finally ships to stores with considerable expectations. The game needed to prove the 3D gimmick that Nintendo hedged their bets on could actually pay off beyond being a nifty visual upgrade.

Fortunately, Nintendo execs can now breath a healthy sigh of relief. The game offers everything you could possibly want in a Mario title and utilizes 3D in such a creative way that it’ll get gamers excited to see how future titles will support the unique capabilities of the system. There was a lot of pressure facing Nintendo’s beloved mascot on this outing, and the good news is that the plucky little plumber has delivered the gaming goods yet again.

The game doesn’t reinvent the Mario game. Instead, designers turned this into a virtual “best of” collection of the high-jumping Italian stereotype’s greatest hits. Levels are short like the ol’ 8-bit NES days, but feature creative three dimensional (in this case, in terms of physical space, not eye-popping visuals) level designs along the lines of Mario 64. Power ups bring back favorites like the fire flower and the raccoon-tailed Tanooki suit, along with a couple new editions like a boomerang suit borrowed from the Hammer Brothers’ brethren. Graphically, the game resembles Mario Galaxy, but stripped of all the gravity defying shenanigans. The title is at once it’s own beast and reminiscent of virtually every Mario game the preceded it. If you hold a special place in your heart for the little mustache-sporting mushroom addict, this game is a pure joy to play from start to finish.

In terms of gameplay, it’s the same silky smooth platforming we’ve all come to know and love, liberally flip-flopping from 3D and 2D designs within levels. Controlling Mario with the circle pad is a dream, allowing players to nimbly jump onto tiny targets with ease. The 3D actually comes into play here as the added depth perception really helps when judging leaps and falls. Switching off 3D will definitely make certain levels harder, as discovering gaps and secret entrances has been designed with the added depth in mind. Some levels even feature optical illusions where blocks blend into the background and can only be perceived because they pop out from the pack in 3D. Other levels are displayed in a top-down perspective, allowing Mario and coins to fly out of the screen in a way that should put a smile on the face of even the crustiest and most cynical of gamers. Just like the company promised, this game offers an experience that can only be fully appreciated with the glasses-free 3D display. While it might not feel like a revolutionary leap forward like Mario 64, the game does provide a unique gaming experience that builds on everything Nintendo has done with the character before.

As expected, there’s no real story here. Bowser kidnaps Princess Peach yet again (she must be getting really tired of this) and Mario embarks on a quest across the Mushroom Kingdom to find her. As usual, Bowser has left a trail of goombas, turtles, and coins behind him, making it all to easy for Mario to find his way to princess. From the first menu it’s clear that there is a linear progression through eight worlds to get to Bowser, and it’s fairly easy to complete that quest. In fact, experienced gamers should power through the worlds and get to the closing credits with ease. The game would feel disappointing if that’s all it offered, but after you beat Bowser, a new batch of eight worlds opens up, and these levels are considerably more challenging. I’ve powered through many a Mario title, and I found myself dying quite a bit in these later levels, so gamers needn’t worry about a lack of challenge. If you’re a completionist who needs to collect every possible star coin, you could find yourselves losing untold hours to the game much like the hardcore star collectors who obsessed over every second of Mario Galaxy 1 & 2. To make the gameplay experience last beyond the plotted trajectory, Nintendo also added a street pass function that will allow players to earn extra challenge boxes while walking around in public. It’s a nifty way of expanding the game’s lifespan, but I didn’t really get a sense of how often that would come into play since there obviously aren’t that many people out there wandering around with copies of the game pre-launch. We’ll have to file that feature under the “wait and see” category for now.

If you’ve been a fan of Nintendo’s ongoing adventures with Mario, the good news is that the company has cranked out another fantastic hit of your drug of choice. Super Mario 3D Land might be awkwardly titled, but it offers all of the immersive, addictive, and smooth gameplay that gamers have come to expect from the franchise (this ain’t no Mario Sunshine misstep, that’s for damn sure). I think we can all assume that 3D isn’t the future of gaming; however, if Super Mario 3D Land is any indication, it looks like the extra dimension should at least offer new and creative modes of presentation. The game finally brings a “must own” title to the 3DS for players not particularly wowed by the 3D-ified remakes of Ocarina Of Time and Star Fox 64. Hopefully Nintendo and other developers have plans to further exploit 3D gameplay now that this title has shown the possibilities of the format.

This is a great game, and hopefully a sign of things to come. Perhaps the dark, early days of the 3DS are finally behind us. We can only hope…

If you’ve been a fan of Nintendo’s ongoing adventures with Mario, the good news is that the company has cranked out another fantastic hit of your drug of choice. Super Mario 3D Land might be awkwardly titled, but it offers all of the immersive, addictive, and smooth gameplay that gamers have come to expect from the franchise (this ain’t no Mario Sunshine misstep, that’s for damn sure). 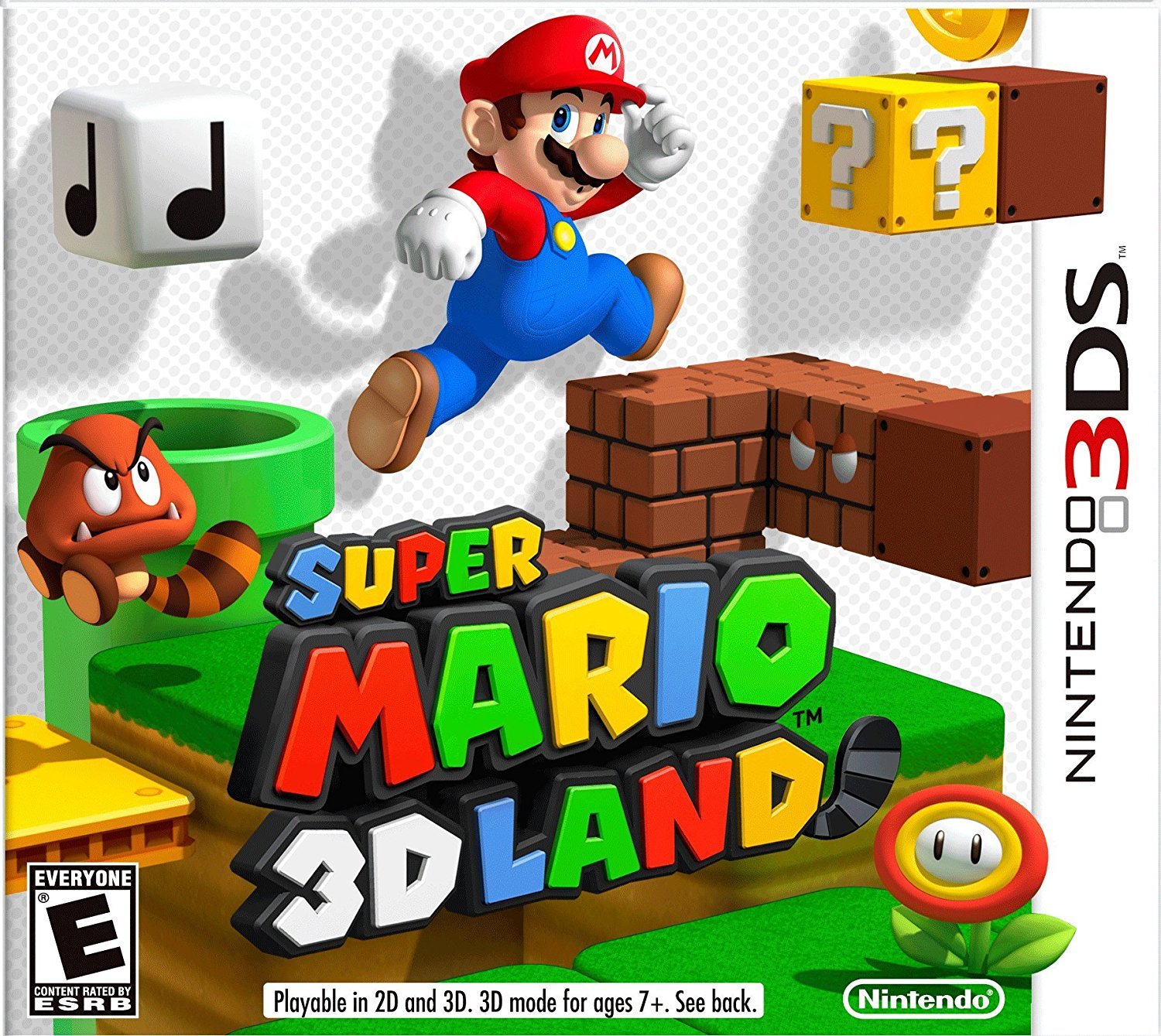