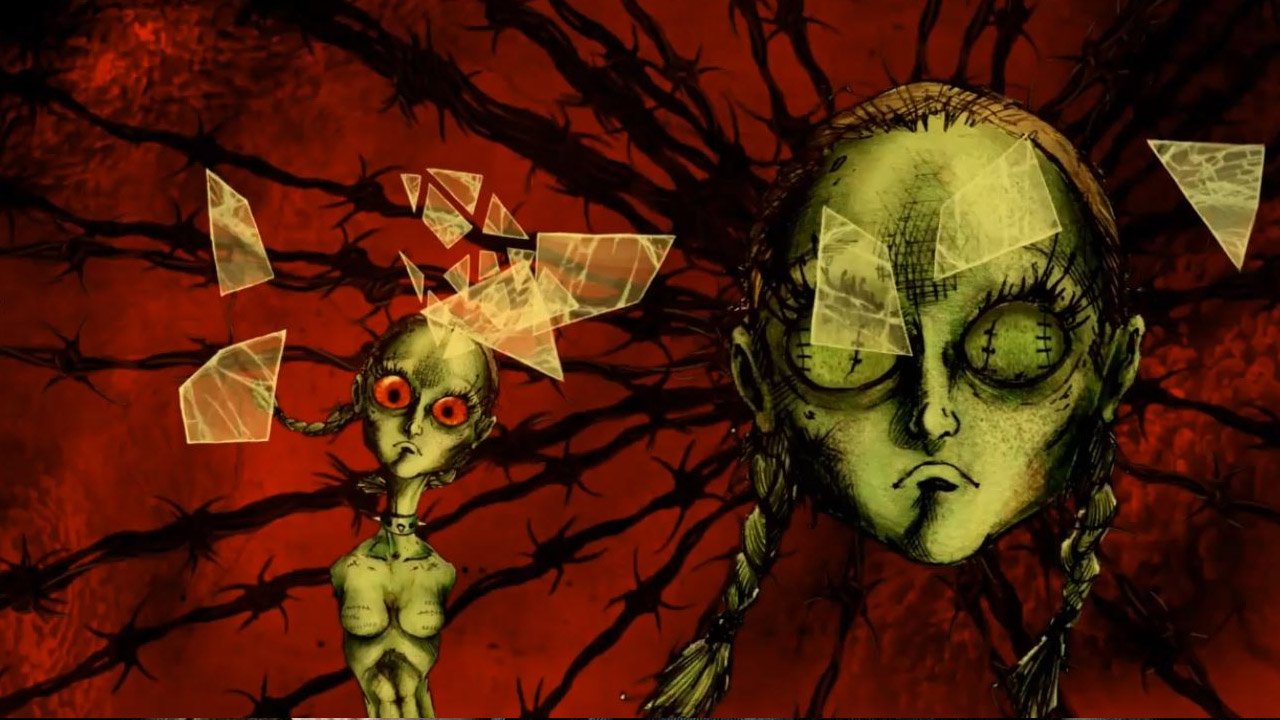 A quick glance at The Lady will, for many, bring back nostalgic feelings surrounding the early days of Newgrounds and the noir-style games that were popularized by an open forum for Flash releases. Games of this sort tend to be highly personal, often trying to portray the struggles a developer may have battled with. For this reason, I felt it important to not find out just what that may be before playing to allow for objective observation of the imagery and atmosphere within The Lady.
Putting the player in control of a nude, armless protagonist immediately speaks to a sense of vulnerability and lack of control. This is emphasized by the cloning of the player for use as the majority of the game’s enemies. There is a strong sense that the protagonist is in a prison of her own creation, trapped by her own thoughts and certainly her fears and sense of self. The grating soundtrack is just that, and can become exhausting over the duration of your stay within the terrifyingly simple prison of the mind that has been crafted for the player. A whole multitude of failure conditions with only one correct route through the puzzle sections leads to much trial and error and emphasizes an intended sense of desperation by the end of the game. Einstein is quoted as saying that, “[Insanity is] doing something over and over and expecting a different result.” This is a thought that was burned into the back of my mind during my time with The Lady as it underscores the fear that many of us have about losing control of our minds.

As it turns out, The Lady is a tale of Michael Patrick Rogers, the game’s creator, and his struggles with Panic Disorder after its sudden onset at the age of 35. Each stage of the game is designed to convey something different about his experiences ranging from confusion to helplessness, anxiety, and eventually depression and hopelessness. Even that grating soundtrack is intended to simulate the constant mental noise that accompanies anxiety and insomnia, and the hand-drawn visuals in the game add an eerily personal touch that we don’t often see in titles on large-scale distribution platforms like Steam.

The whole experience can be had within an hour, pending a little luck or patience with a couple of the puzzles, which in itself is a terrifying prospect in context. The Lady isn’t meant to be fun. It’s not meant to be enjoyable. It’s not meant to horrify . It’s meant to be informative. It’s meant to give even the smallest glimpse into a world that most will never experience and far too few are even aware of. My review of The Lady is now complete. A couple of hours out of my day split between playing, learning, planning and writing and I go back to my life and wash my hands of the uneasy feelings I’ve just experienced. For Michael Patrick Rogers, though, and countless others like him, this isn’t something that can be walked away from. The real purpose of a game like this is to raise awareness and start a dialogue to one day lift the stigma surrounding mental illness. As a game in the traditional sense, The Lady leaves much to be desired, but as an experience, it’s absolutely worth your time and money. Hopefully The Lady will help to prove that mainstream gaming is ready to open its arms to this and other surreal experiences that aren’t all about headcounts and levelling curves.

As a game in the traditional sense, The Lady leaves much to be desired, but as an experience, it's absolutely worth your time and money.