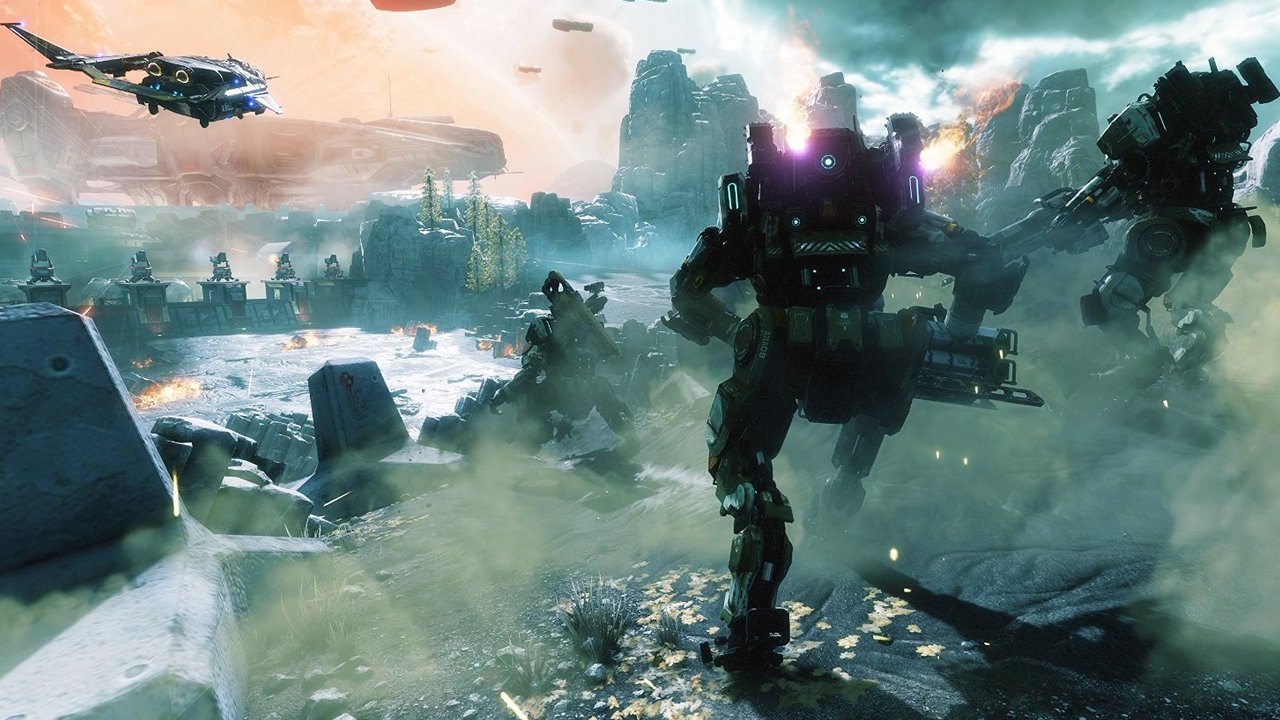 Try to remember what it was like in 2014. Robin Williams passed away, the Ebola virus became a global epidemic, Cuba and the United States made up, Malaysian aircraft kept disappearing, and a marketing campaign made people think that Titanfall was going to be the best thing since penicillin. Fast forward to today and we finally have a Titanfall game that is worth playing, but after the realities of the first game, is anyone still interested?

I hope some people are willing to keep an open mind, because Respawn Entertainment tried to address every complaint about the original when they made Titanfall 2. They changed so much that the biggest issue with the original Titanfall is now the biggest reason to play the sequel. Of course I am talking about the brief radio messages that made up Titanfall’s single-player campaign, for which, I think we can all agree, using the word “campaign”  is being particularly generous.

This time those brief messages have been replaced with something you can actually call a single-player campaign.It is not, however, what you would expect from a triple-A narrative. Imagine a collection of the greatest set pieces you can think of for a first person shooter with giant robots and wall-running. Connect those set pieces with a disjointed-feeling story, and you have the campaign of Titanfall 2. I hope that doesn’t give you a bad impression of the campaign. Yes the game could use a little work in the story telling department, but you won’t care once you get to the really good stuff.

I won’t spoil anything for you, since the campaign is why you should show up for Titanfall 2; however, I would like to offer a few examples. It should come as no surprise that the majority of the first level is a series of jumping puzzles meant to teach you how to maneuver your character. Later in Titanfall 2 there are similar puzzles, but Respawn ratchets up the difficulty since you’re more experienced by then. I would say that you spend the majority of your time outside of the robot, but some levels are all out titan brawls with no reason to go on foot.

Some levels also include mechanics that no one would have expected in a shooter. The most unique mechanic in Titanfall 2 allows you to jump between two dimensions that have different paths you can traverse. The different dimensions also have different opponent A.I.s in them, and switching between the dimensions usually allows you to run away when overpowered. That said, the amazing thing about this level is how the two dimensions are entangled. I was able to manipulate items in one dimension and my interference caused them to change in the other. It’s a neat trick that doesn’t always work perfectly, and thus breaks the immersion on occasion, but I was so enthralled that I sat in one room testing out the causality of my actions for ten minutes. Titanfall 2 even avoids the issue that many people had with the original Mirror’s Edge by just showing you where to go. At the start of every platforming puzzle is a hologram that will show you how to proceed if you get lost.

If pressed I would say that I have three complaints about Titanfall 2’s campaign, and the big one it is that it is short. I completed the campaign in a single sitting on the regular difficulty. To make matters worse, the very end of the story is rather boring. The campaign of Titanfall 2 is all about the journey, but the destination feels a little lackluster for a campaign that pulled out all the stops. It’s less important, but I also have an issue with how your player character, a titan pilot named Jack Cooper, is treated. Before the game starts, you watch a cinematic that explains that titan pilots are the Halo Spartans/Space Marines/Destiny Guardians of this franchise. One of them is worth 20 regular men, but that idea comes off as being a little disingenuous when the main theme of the story is that you are a fish out of water. If the jet pack strapped to my butt really makes me that deadly, then stop building titans and make butt jet packs for everyone. Three-dimensional maneuverability really is the only difference between the pinnacle and gutter of Titanfall society. Yes, I know this comes off as nitpicking, but the way everyone worships your pilot is a little silly.

The other half of Titanfall 2, the multiplayer, is just as strong as the campaign. Since it is brought to you by the developers who revolutionized Call of Duty, expect a lot of similarities between Titanfall and Call of Duty. In both games you move around fast, die in only a few hits, and unlock your equipment through gameplay. Also, in both games your gear is divided up among various classes of items with different abilities (rifles, machine guns, shotguns, etc.). On top of that, Titanfall also adds the ability to wall-run, double jump, and call down the robots that give the game its name.

The strange thing about the multiplayer modes is that you can’t play as your campaign titan, and the way you interact with titans is very different than it is in the campaign. I once commented that the titans in the original Titanfall felt like bigger versions of your player-controlled pilot, and that titans really didn’t affect gameplay that much. This time around the titans feel like a crucial part of the game, but that’s mostly due to a new dynamic between the pilots and titans. In multiplayer, every titan drops with a single battery that you can steal when you’re not in a titan. Once you have the battery, it can be placed inside any titan on your team. The stolen battery then gives that titan a shield, and now it can take far more damage than other titans. This means that success is no longer the domain of the team with the best set of digital trading cards, especially since the digital trading cards from the original Titanfall are not in this sequel. Instead, the victorious team is usually the one that works together to steal batteries while also completing various other tasks. This new symbiotic relationship really does change how you approach the multiplayer modes by forcing you to employ some sort of strategy if you want to win.

Strategy is something you will have to consider every time you make a decision in Titanfall 2. Even the titan you call down will affect the flow of a match. Titanfall 2 offers up six different multiplayer titans with different skillsets. You can also think of them as the rifleman, scout, support and the other classes that most first person shooters use. As with those classes, Titanfall 2 forces you to learn the capabilities of every titan to succeed. Would you rush a distant sniper’s nest with a sub-machine gun? That’s a bad strategy, but the same level of thinking is applied to the titans. The Ironman chest laser of the Ion titan might be your favorite thing in the game, but it won’t do you any good if you try to fight in close quarters with the melee focused sword swinging Ronin titan.

At every level, Titanfall 2 creates a meta-game of rock, paper, scissors that encourages you to consider the pros and cons of the equipment you take into the game. That meta-game is also why I can’t figure out how modes like pilot vs pilot or coliseum made it into the final product. Pilot vs pilot is exactly what you imagine and does not allow anyone to call down a robot to assist them. In coliseum you’re forced to take on another pilot by yourself. Neither of these modes allows the multi-layered gameplay mechanics to come into play. That’s probably why most people seem to play the bounty hunt mode. In that new mode you find yourself in a three-way fight between your team, an opponent team of real people, and another team of A.I. controlled NPCs. It creates a real cat and mouse game as everyone fights across each map to take down whatever NPC has a bounty on its head.

Since it’s a Titanfall game, I wasn’t surprised to find long load times in the multiplayer modes (when compared to contemporary games); however, I was surprised to find that some of the equipment for each class/gun only unlocks once you’ve used it for a while. This is especially confusing when you realize that Titanfall 2 encourages a general understanding of all guns, maps, and titans. As a result I found myself using the same gun over and over again. The reason for this was simple; I had unlocked a lot of attachments for it. I could have tried another gun, but with no attachments unlocked I was only putting myself at a disadvantage.

In the end there isn’t that much in Titanfall 2 to criticize. It’s not a perfect game by any definition, but what game is? It’s also not a game that will convert random people into first person shooter fans. What you will find in this game is a series of shooting and platforming set pieces that will make you think, “Wow! I just did that? I am awesome, all hail me!” Those set pieces are accompanied by a multiplayer that is fast paced and cleverly designed. My recommendation is to pay the sticker price and enjoy the roller coaster ride.

There isn’t that much in Titanfall 2 to criticize. 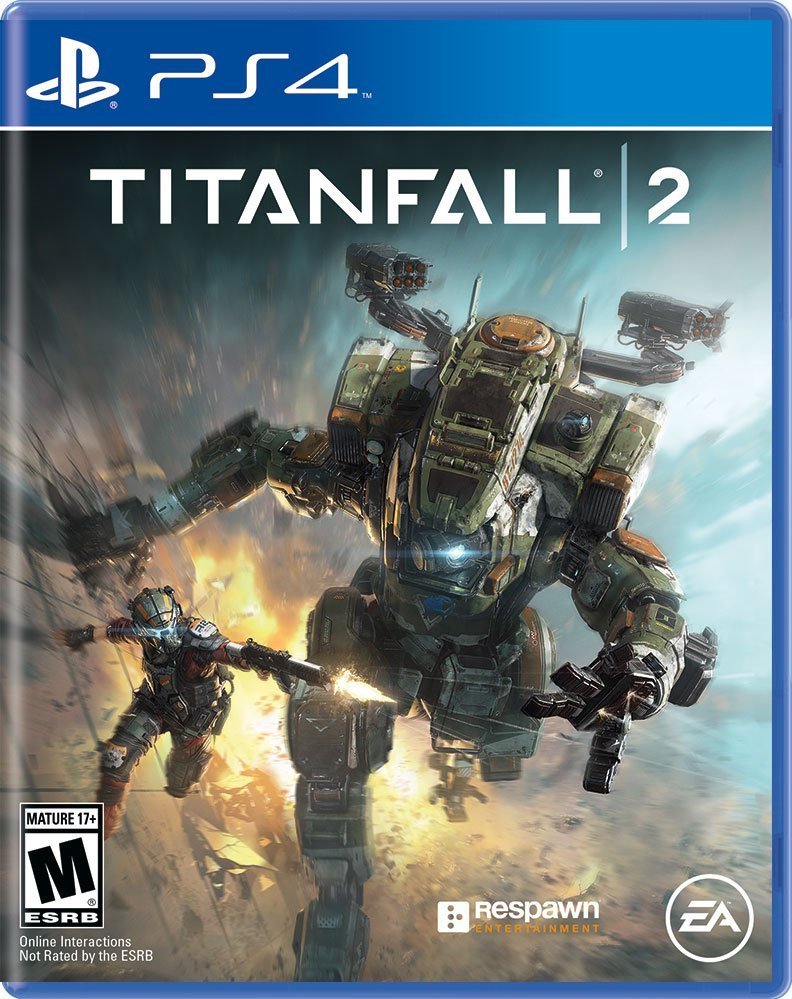