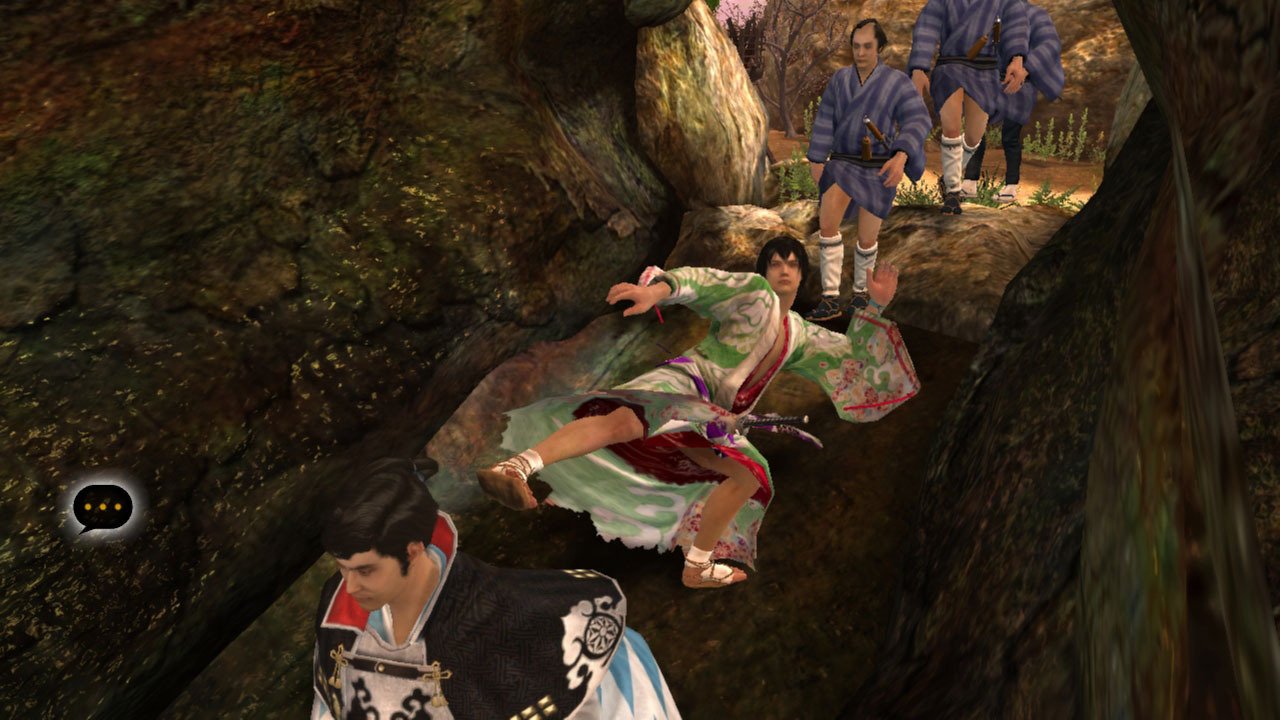 In Harold Ramis’ Groundhog Day, Bill Murray’s character is trapped in a never-ending time loop where he is forced to relive the same day. Before the film ends with Murray discovering the value of acting altruistically, he spends much of his time doing all of the petty stuff that most of us would if we were trapped in the same samsara style existence: using his clairvoyant abilities to steal money, hit on women and generally just be a nihilistic jerk.

Acquire’s Way of the Samurai series acts as a kind of videogame exploration of this period of the movie. Despite its aesthetic trappings — an historic Japanese mix of kimonos, topknots and katanas — the series is concerned, first and foremost, with giving players repeated circumstances in which to explore the ramifications of any choices they care to make. The latest edition in the series, Way of the Samurai 4, is set in 1855 during Japan’s Bakumatsu period — a time when growing foreign influence and internal disputes were threatening to end the nation’s long-standing isolationist policies. The game lets players take part in the political and cultural turmoil of this era by plopping them down in the (fictional) seaside town of Amihama, a microcosm of the nation where the recently arrived British Navy hopes to open silk trading with a town mixed between receptive government officials, indifferent locals and the militantly anti-Western Prajnas rebels.

Rather than present this rich setting with a straight face, Acquire (and the localization team at XSEED) has opted to adopt a more playful tone. The cast of characters is made up of ludicrous cartoon characters (like the inexplicably 13 year-old looking girl ambassador, Laura Lita) named by people with tongues firmly pressed to inner cheek (my two favourites are the British Count Jet Jenkins and the Marine Captain Melinda Megamelons). For the most part this approach works. None of the game’s jokes are particularly clever, but the cheeky tone that everything is wrapped up in helps to lend personality to a title that is, ultimately, about guiding a blank slate protagonist through a town in flux.

This character, who steps into town during the introduction with no discernable motivations, is crafted by players using the same basic mechanics from past Way of the Samurai games and a few new additions. The first step in making the player character is customizing his — later, “her” becomes an option — appearance. While, at first, character creation is extremely basic (pick from one of three faces, choose to wear the default kimono or run around in underwear), the game’s encouragement of multiple playthroughs leads to unlocking new hairstyles, accessories and clothing. Bulking up the number of choices available allows for great combinations and a more distinctive looking protagonist (my favourite involved Lennon glasses, afro, headband and a stalk of grass jutting from between a pair of leathery lips), but, as with most of Way of the Samurai 4, the fun of customization requires patience.

Without knowing what to expect, many players will be put off by what initially appears to be a game suffering from lack of depth. A first playthrough of Samurai 4’s storyline can end abruptly, the credits rolling just when it seems like things are starting to click into place. The game is bustling with sidequests, a branching storyline where the protagonist can align with any of the characters they choose and a combat system that rewards weapon and fighting style upgrades. Despite this, all of these mechanics can vanish if, say, a mainline quest involving a fighting tournament is successfully completed. Without warning, and only three to four hours in, a few quick lines of text scroll across the screen and a final score is awarded.

This lack of presentational grace is likely to polarize players. I was initially baffled to find myself prematurely booted out of the game, but understood it better when, after loading up my previous save, I was able to import my weapons, money and items into a restarted version of the campaign. This is a game where re-playing is not just suggested: it’s pretty much mandatory. Anyone who is willing to take partial setbacks in stride — anyone who gets back into the saddle eager to see new story and upgrade paths — may enjoy what Way of the Samurai 4 offers. Those who are repelled by this type of game design will not.

I found myself wavering somewhere in the middle. There’s a lot of fun to be had in messing around with the systems Acquire has put into place, but the game is not without its faults. The main storyline is fairly cut-and-dry, but finding different branches of it or working through the same paths with a new character can be enjoyable. The combat customization is also worth exploring throughout several playthroughs. Way of theSamurai 4, like its predecessors, allows players to pick from a wide array of automatically unlocked fighting styles, complete with different stances and combos, and “find” new ones by defeating enemies or opening a dojo. There are an enormous number of swords to play with and the addition of guns works to build nicely upon the presence of spears and barehanded fighting. Creating and upgrading weapons at the weapons smith then trying them out through different fighting styles makes for nearly limitless combat options.

The fighting mechanics themselves, though, don’t fare nearly as well as their customization trappings. There’s a good degree of strategy involved in fighting opponents, but stiff animation and a finicky targeting system introduce a lot of annoyance to the process. Weapon degradation and having to stop to eat health/stamina boosting items while the enemy continues to attack couple with the lacklustre feel of the controls to make Samurai 4’s combat — its most prevalent gameplay feature — less fun than it should be. All of this acts as a bit of a deterrent to the multiple playthroughs that I found myself wanting to continue jumping into.

This is unfortunate because, not having played a Way of the Samurai game since the very first PlayStation 2 entry, experiencing the fourth entry to the series just reminded me of the same complaints I had with the 2002 original. The addition of a wealth of new features (like the casinos, seduction missions and torture minigames — no, really — and slight mechanical refinements) goes some way to making Samurai 4 a better game than its predecessors, but it is still plagued by extremely dated visuals and many unfortunately familiar issues. In the decade that has passed since the series premiered, its highly ambitious formula has begun to wear a bit thin, losing some of its shine as Acquire fails to truly capitalize on the promise of an open-ended, highly customizable samurai simulator.

Way of the Samurai 4 is a fun diversion, but the repetition that underscores its design has inadvertently crept into the overall feel of playing the latest in the series. Despite its accomplishments in other areas, the anachronistic combat and visual design makes the game feel a bit as if it is stuck in its own Groundhog Day cycle, unable to find the right way to break out and join the rest of us in the current day.

Way of the Samurai 4 is a fun diversion, but the repetition that underscores its design has inadvertently crept into the overall feel of playing the latest in the series.

File Under: Action, Adventure, fighting game, Japanese, PlayStation
A retail version of the game reviewed was provided by the publisher. You can read more about CGMagazine reivew policies here. 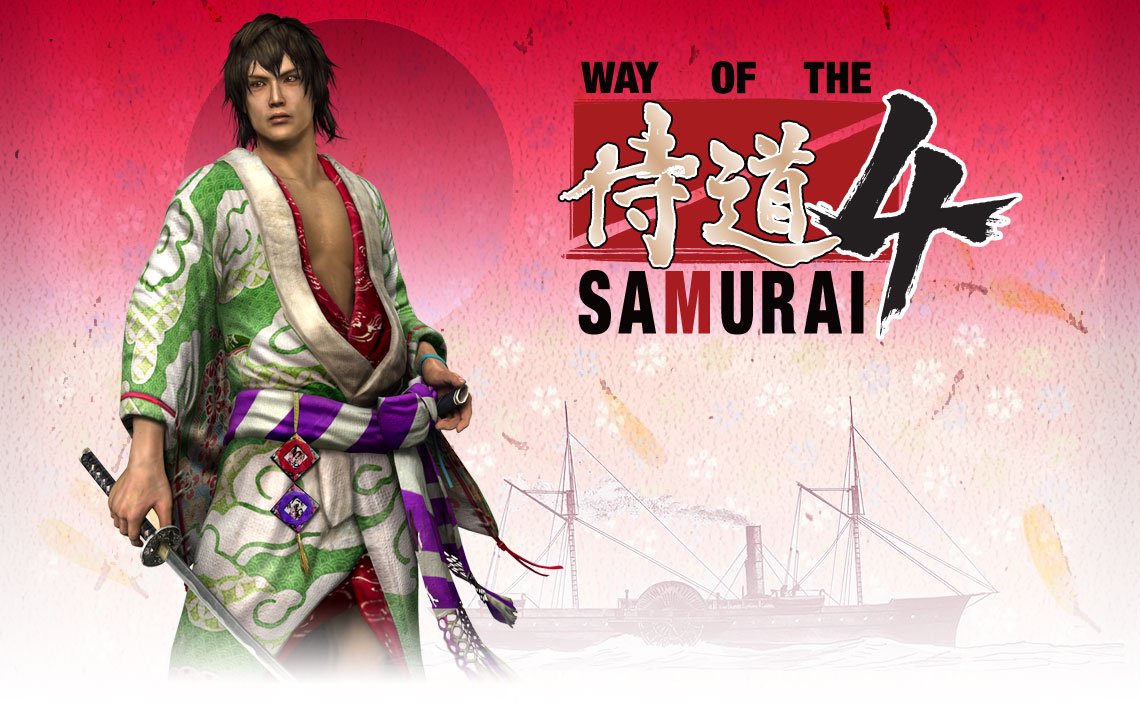