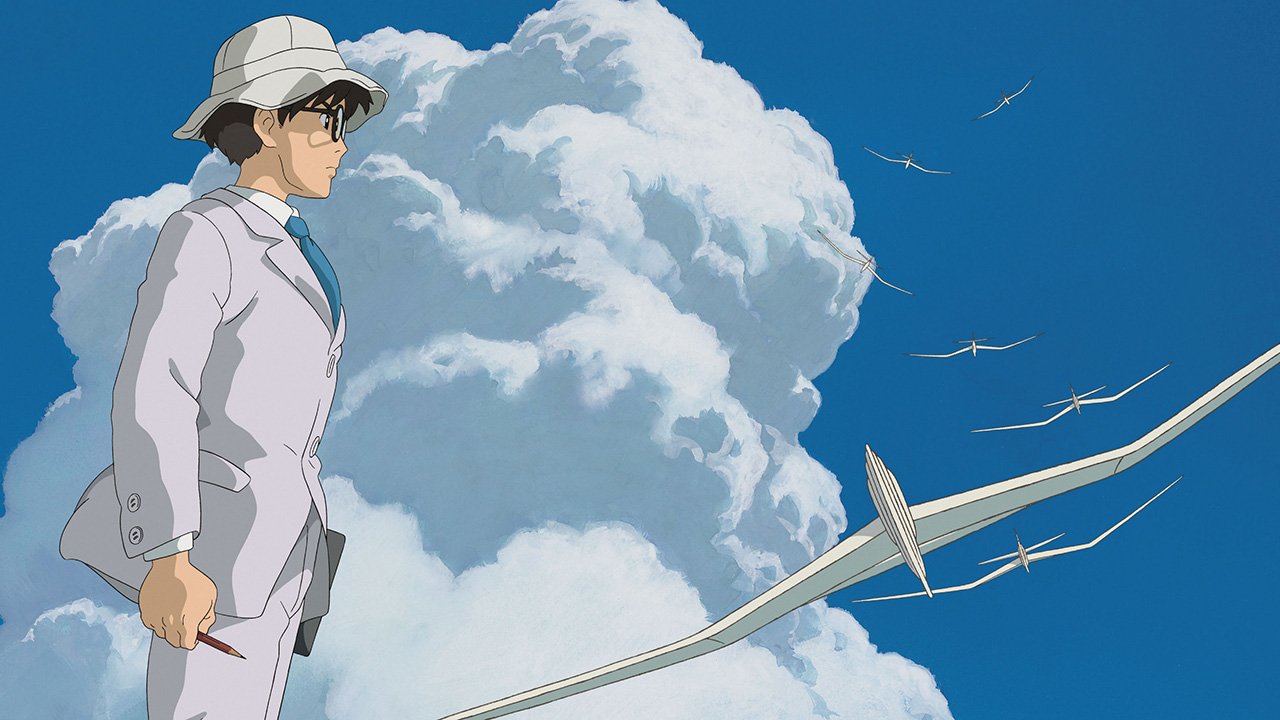 Well, it’s that time a year again. The Toronto Film Festival has come to town with all of the celebrities, filmmakers, egos, talent, and of course, movies that implies. With hundreds of films showing over ten short days, it’s not only physically impossible to see them all, but damn difficult just to decide which movies to pick from the stack. Fortunately, I’m here for all you fine readers and prepared to offer ten suggestions of film fest picks for the genre movie sect. There’s no art house pretension here (well, maybe a little), just pure entertainment for genre nuts. Decapitations, explosions, laughs, action, horror, even a little beauty, these movies have it all. If you need a little help picking tickets to buy, you could do far worse than these 10 titles.

After only three films, writer/director Ben Wheatley has become one of the most intriguing young filmmakers working today. Down Terrace was one of the finest British gangster films of the last ten years despite costing about $25, Kill List is one of the most scarring horror flicks in recent memory, and Sightseers was the most disturbed love story of mass murder since True Romance. Now Wheatley returns to TIFF for the third straight year with A Field Of England. It’s a twisted little piece of hallucinogenic art horror about a group of English civil war survivors wandering an empty field with only a peculiar crop of mushrooms to keep them company. The film is sure to be a twisted treat and is stocked with brilliant British character actors like Michael Spaced Smiley and Reece League Of Gentlemen Sheersmith. Expect a liberal mix of thoughtful philosophizing and dirty genre thrills.

For those who like to skip the artiest TIFF entries, Midnight Madness is something of a safe haven. A highly influential program of the most mind-bending genre films around screened in the wee hours to the most vocal audience of genre fans that you’re likely to ever squeal at a movie with. Every year the program promises pleasant surprises and this year the most unexpected treat might be Afflicted. Made by a pair of first time Vancouver filmmakers, Afflicted weaves a tale about two twenty-somethings who embark on a party-packed Eurotrip, only for one of them to contract some sort of disease or supernatural shenanigan from a gal in Paris. From there the movie slides into body horror and monster movie territory, all packed with liberal doses of humor. It’s kind of like An American Werewolf In London for the iPhone era and a found footage horror movie that manages to avoid most of the zero-budget genre’s clichés.

Generally speaking adaptations of Russian literature wouldn’t make this list, but The Double is different. It’s a twist on Dostoevsky’s novella about a painfully normal man who discovers that he has an exact double one day and is forced to deal with the consequences. That’s material ripe for a paranoid thriller in the Roman Polanski vein, but with British writer/director Richard Ayoade (Darkplace, Submarine) in charge and Jesse Eisenberg starring, it’s also guaranteed to be as darkly humorous as it is philosophically disturbing. It should be more of a nightmare comedy than a rumination on identity, while still touching on all those themes for the brainy folks in the crowd.

Alejandro El Topo Jodorosky’s Dune is one of the most legendary unmade projects in Hollywood. It was meant to epic production of Frank Herbert’s classic that would have been directed by a madman, scored by Pink Floyd, designed by H.R. Giger, and starred among others Salvador Dali, Mick Jagger, and Orson Welles. Despite working out a way to pull off the groundbreaking pre-Star Wars production for an affordable $15 million along with a gorgeous collection of storyboards passed around Hollywood (i.e. ripped off) for years, no studio was willing to finance it. Yet, the project was so fascinating and oddly influential, that it’s become infamous amongst movie buffs. That’s where Frank Pavich’s new doc comes in, offering an amazing, hilarious, and heartbreaking look back on the epic that never was. The story behind Jodorosky’s Dune might actually be better than the movie would have been, so perhaps it all turned out for the best.

Ti West has established himself as the modern master of slow burn horror with the delightfully atmospheric twosome of House Of The Devil and The Innkeepers. Any movie he made next would instantly rocket to the top of any self-respecting genre fan’s “must see” list, but the topic he eventually chose only makes things more exciting. West’s new film is about a vice journalist infiltrating a Jonestown-style suicide cult, a subject that hasn’t been touched on by many features films (well, good ones anyways), but is dripping with terrifying potential. The build-up on this one is sure to be slow,  but the payoff should have viewers squealing in the aisles and that’s exactly the type of film you want to see during TIFF, now isn’t it?

Jim Jarmusch has been many things over the course of his career; an indie pioneer, a proto-hipster, a bastion for black and white, a chronicler of the sad face of old Bill Murray, etc. However, one thing he has never been is a horror director… until now. Jarmusch’s latest feature is about burned out vampire lovers in rotting Detroit. Now, this being a Jarmush joint, the film won’t be dominated by weepy-eyed romance or bloodsoaked massacres. There will be some of that given that it’s a vampire movie, but the film will be more of a meditation on listless eternal life flavored by Jarmusch’s typical deadpan humor. In other words, it should be unlike any vampire movie ever made and with lead roles assigned to the already somewhat vampiric Tom Hiddleston and Tilda Swinton, the flick should not be missed.

4) All Cheerleaders Must Die

As the title suggests, the latest movie by Lucky McKee and Chris Sivertson (May and The Lost) probably won’t offer the subtle charms of a Jim Jarmusch movie and that’s exactly what will make it so great. Adapted from their decade old zero budget debut, All Cheerleaders Must Die is a darkly comedic balls-to-the-wall ode to bad taste. Mixing supernatural horror with pitch black Heathers-style high school satire, this is sure to be one of the biggest gut punches of subversive entertainment offered in the festival. It’s one of those movies that will have to be seen to be believed and unsurprisingly, screens at midnight.

The latest film by Hayao Spirited Away Miyazaki was always going to be a must see TIFF entry, but this weekend the flick became even more appealing when the legendary animator announced it would be the last movie he ever directs. Based on a the true story of a man who designed Japanese fighter planes during World War II, the movie will be a more subdued effort than normal for the masterful fantasist. Yet, it’s themes of a hungry young man with creative aspirations who succeeds against insurmountable odds, suggests it might be highly personal swan song for Miyazaki. It’s already sad to imagine a world with no new Hayao Miyazaki films on the way, but at least there are two more hours of animated perfection to savor. If you’re even remotely interested in anime, skipping this feature would be absolute madness.

It’s been far too long since Eli Roth directed a feature film, but now that he’s back the gore-spilling genre icon returns to the festival that launched Cabin Fever, Hostel, and his career. The Green Inferno doesn’t just revive Roth as a director, but also brings back a long lost horror genre: the cannibal picture. If you’ve seen such vomit-inducing classics as Cannibal Holocaust or Cannibal Ferox, you’ll know what to expect. If not, that’s exactly what Roth is hoping for. This is one of the most vicious, graphic, unsettling, and political subgenres to ever emerge from the world of horror and Roth is just the man to bring it back. Just keep in mind that vomit bags are not included with tickets. You’ve been warned.

Finally, there’s only one movie that could possibly top this list. An ambitious sci-fi epic from Alfonso Cuaron, the man who gave us the finest Harry Potter movie (aka Prisoner Of Azkaban) and the masterful Children Of Men back in the 2000s before disappearing for almost 10 years. Now he’s back with a movie about astronauts floating lost in space. One guaranteed to squeeze all of the horrific, scientific, and metaphysical juice out of the concept as possible. The fleeting glimpses offered in trailers so far have been astounding, so one can only imagine what the final film will be. It’s sure to be a visual masterpiece and possibly the most thematically rich blockbuster of the year as well. Would it be better if the movie didn’t star Sandra Bullock and George Clooney? Probably. But, there’s no way a hundred million dollar art movie could be launched in Hollywood without a pair of superstars to back it up. Cuaron has been trying to get this movie made for a decade and now that it’s here, no self-respecting genre fan can afford to miss his latest creation without deserved shame/embarrassment.