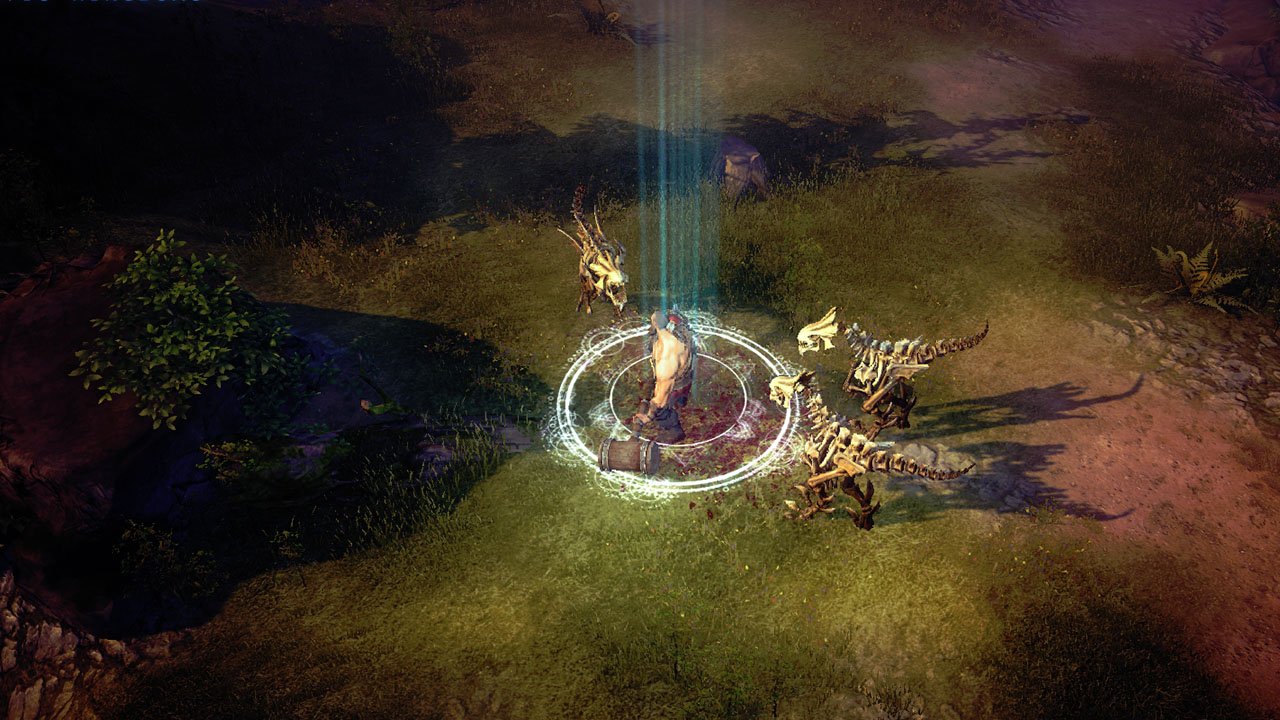 Trying to nail down what makes a series like Diablo appealing is difficult. Some players come to Blizzard’s action/role-playing games to mix and match the perfect equipment sets; some enjoy the repetition of working through levels, taking down an assortment of monsters. Me, I get the most out of the Diablo games’ audiovisual design—from the satisfaction of jingling coins erupting from a slain enemy’s body to the heavy thwump of a warrior’s ground-pounding attack, the feel of each action is what keeps me invested. The Early Access release of Shadows: Heretic Kingdoms—an action RPG from Games Farm heavily influenced by Diablo—does a fair job at servicing some of the genre’s key concepts while failing to deliver on others. Heretic Kingdoms opens with an interesting enough premise: a menacing wizard summons a ghostly demon called a “Devourer” and, without revealing much about why he’s done so, he disappears, leaving the player to control the apparition. The Devourer explores a labyrinth, coming across the tombs of three dead heroes (warrior, rogue, and mage) and revives one of them, binding himself to the newly risen character. Where Heretic Kingdoms innovates most in its use of the switchable party system used to control these and other resurrected fighters. Once the Devourer has recruited extra playable characters (or “Puppets”), they can be freely swapped in and out of action as situation dictates. While it may be necessary to inhabit the Devourer’s ghostly world to cross ruined bridges or interact with otherworldly monsters, players will also need to play as, say, their human warrior to accept his quest lines. The multi-character system is a sound idea that helps introduce a bit of variety to what is otherwise a fairly straightforward genre exercise. Less exciting is the limpid combat system that comprises the bulk of Heretic Kingdom’s gameplay. Diablo-style action RPGs are most satisfying when they couple the fundamentally repetitive gameplay actions that form their foundation (opening chests, smashing barrels, killing waves of monsters) with a sense of progression. That feeling is most often evoked by coupling each mouse-clicked attack with the kind of audiovisual flair that lends weight to what is, basically, a pretty boring game mechanic. Heretic Kingdoms’ largest issue is that it doesn’t manage to disguise the monotony at the heart of action RPG combat well enough. Each attack feels a nanosecond off the beat of the player’s click; the sound effects are underwhelming. All of it adds up to make the process of defeating enemies and collecting items a fairly tedious one. Even with the novelty of switching out different characters mid-battle, Heretic Kingdoms is unable to maintain a sense of excitement.

Overly familiar environment and character design only adds to this problem. While everything has been rendered with a high degree of graphical fidelity, the Early Access version of the game (only the first chapter was playable at the time of review) features a fairly uninspired selection of towns and dungeons. The hub level, where items are bought and sold and quests can be taken on, is a bland desert village. The dungeons are a series of crumbling stones, populated primarily by spiders and undead soldiers. While Heretic Kingdoms’ presentation is by no means bad, the visual style is too bland to make the game stand apart from so many other pseudo-medieval fantasy romps. Further chapters may correct this problem by exercising a bit more creativity— the addition of less conventional monsters, environments, and character types would go a long way—but what’s present now is too standard to offer excitement. Shadows: Heretic Kingdoms, in its current form, is too nebulous a proposition. If Games Farm tightens up its moment-to-moment gameplay—finds a way to add a bit of life to its combat systems and audiovisual design—it could well be a worthwhile addition to the genre. As it is, the game lacks too much to make it a compelling experience.