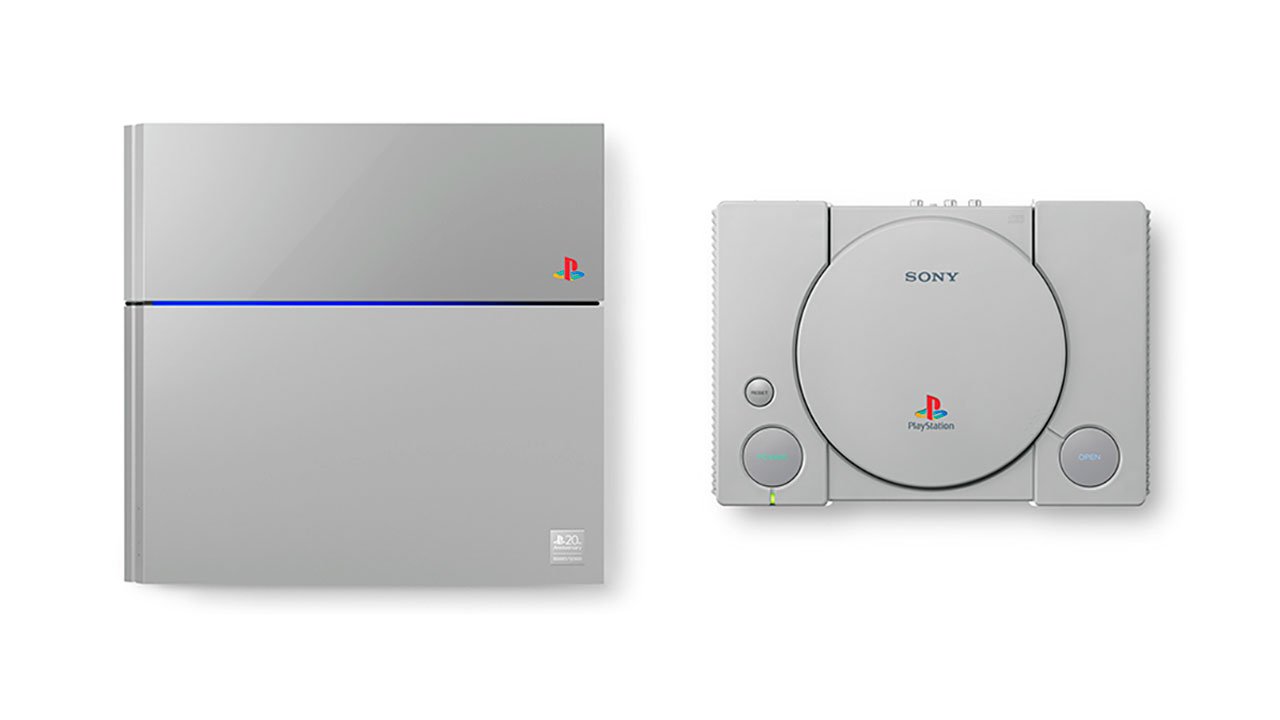 20 years ago today the original Playstation launched in Japan. When it eventually came to North America in September of the following year it was a big part in the move to 3D graphics and brought great games like Tomb Raider, Crash Bandicoot and Spyro. Sony has announced a limited edition PS4 to celebrate their 20 years in console and game development.

anniversary edition of the PS4 is the same original grey as the original PS1 and so is the dual shock 4 controller and Playstation camera that comes with it. There are only 12,300 of these being made globally and each one has a small aluminum plate with the number of the unit you have. It aso comes with a grey stand and you will be able to pre-order the console starting Saturday, December 6 2014.

You can watch a video where they reveal the console here. It starts with a rundown of all the consoles Sony has made so far –notice how there is no mention of the PSP Go. There was no mention of whether this edition will cost more than the regular black or white versions.