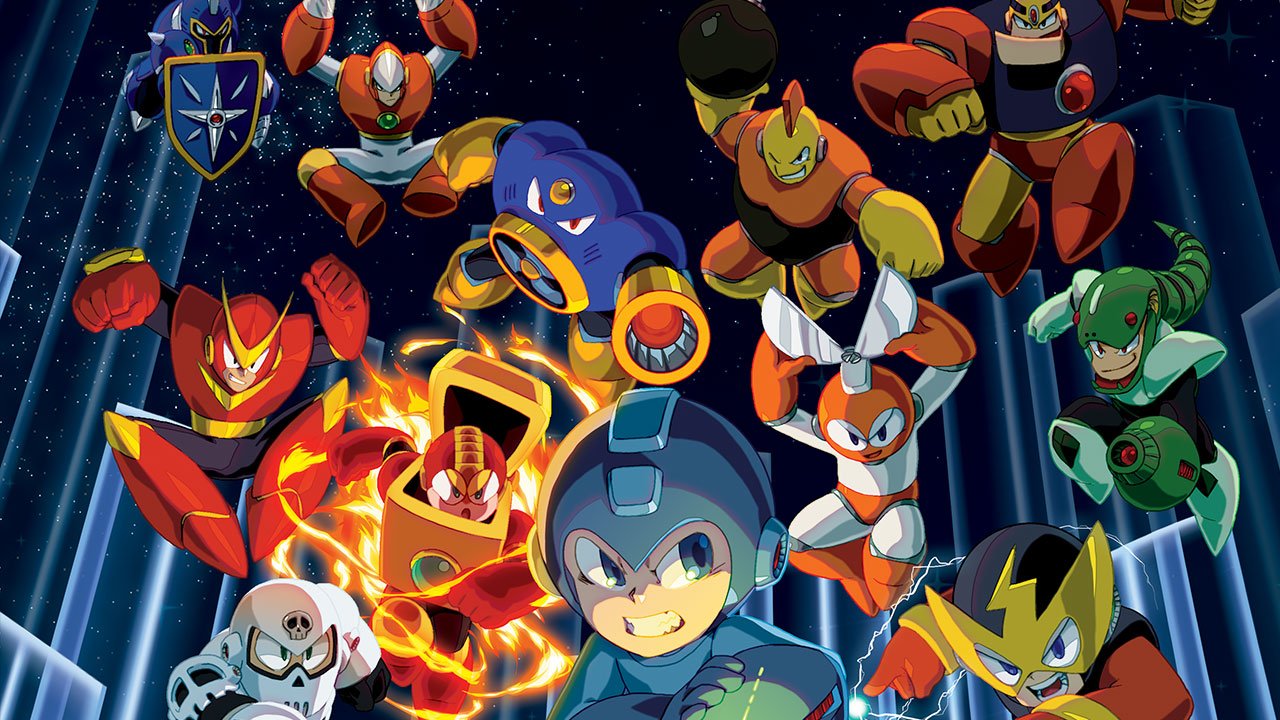 Capcom is following in the footsteps of XSEED with the announcing of their full E3 lineup before the official show kicks off on June 16th. Capcom also decide to throw a bone to the Mega Man fans out there, by announcing the Legacy Collection. Featuring six of the 8 bit classics all in one collection. It will also feature new ways to play the games with new modes exclusive to these versions.

If Mega Man were not enough, Capcom also released a bit more about what people should expect from Street Fighter V and what they plan to show on the E3 show floor. This is shaping up to be an exciting year for nostalgia and gaming in general.

Full details of the Capcom E3 lineup as follows:

SAN MATEO, Calif. – June 8, 2015 – Capcom, a leading worldwide developer and publisher of video games, today announced new details for its upcoming title lineup and confirmed its roster of playable titles to be shown at the 2015 Electronic Entertainment Expo (E3) in Los Angeles next week. The newly announced Mega Man® Legacy Collection includes faithful reproductions of the original six Mega Man® games along with a new Challenge Mode and a Museum collection of art assets that will appeal to both new players and diehard fans. This digital collection will be available across North America and Europe this summer for PlayStation®4 computer entertainment system, Xbox One, the all-in-one games and entertainment system from Microsoft, and PC, followed by a winter release on Nintendo 3DS™. In addition to playable demos for Mega Man Legacy Collection, Resident Evil® 0, and Devil May Cry® 4 Special Edition, E3 will be the first major event appearance for the highly anticipated Street Fighter® V, which will hype up its presence with a tournament stage and interactive photo opportunity for attendees. Capcom will release new assets and information for Street Fighter V on June 15. New assets and information on the rest of the titles can be downloaded now at www.press.capcom.com .

Details on Capcom’s full roster of titles on display at its booth #2423 in the South Hall of the LA Convention Center are as follows:

Street Fighter V (PS4™, PC):
The legendary fighting franchise returns with Street Fighter V! Powered by Unreal® Engine 4 technology, stunning visuals depict the next generation of World Warriors in unprecedented detail, while exciting and accessible battle mechanics deliver endless fighting fun that both beginners and veterans can enjoy. Challenge friends online, or compete for fame and glory on the Capcom Pro Tour. Street Fighter V will be released exclusively for the PlayStation®4 and PC. Through a strategic partnership between Sony Computer Entertainment Inc. and Capcom, the next generation Street Fighter® experience will offer cross-platform play that will unite fans into a centralized player base for the first time ever. The path to greatness begins here: RISE UP!

Mega Man Legacy Collection (PS4, Xbox One, PC – summer; Nintendo 3DS – winter):
Mega Man Legacy Collection is a celebration of the 8-bit history of Capcom’s iconic Blue Bomber. Featuring faithful reproductions of the series’ origins with the original six Mega Man games, the Legacy Collection will remind long-time fans and introduce newcomers to what made Mega Man such a popular and iconic character. In addition to the six Mega Man games, Mega Man Legacy Collection features new ways to experience the classic games with the Museum Mode and new Challenge Mode. Challenge Mode remixes gameplay segments from all six games, with plenty of scaling difficulty objectives for experienced players to conquer yet serving as a good starting point for new players, too. Museum Mode contains a comprehensive collection of history, high-res art and original concept pieces – a mega treat for any fan of Mega Man and video game history.

Resident Evil 0 (PS4, PS3™, Xbox One, Xbox 360, PC – Early 2016):
The recently confirmed Resident Evil 0 is a remastered version of the popular prequel to the original Resident Evil® game. The new title takes the fear-inducing atmosphere from the original 2002 release and transforms it with stunning new HD visuals, improved sound, widescreen support and an optional modernized control system. Both series fans and newcomers alike can experience the story of what really happened before the iconic mansion incident that was the catalyst for the entire Resident Evil saga.