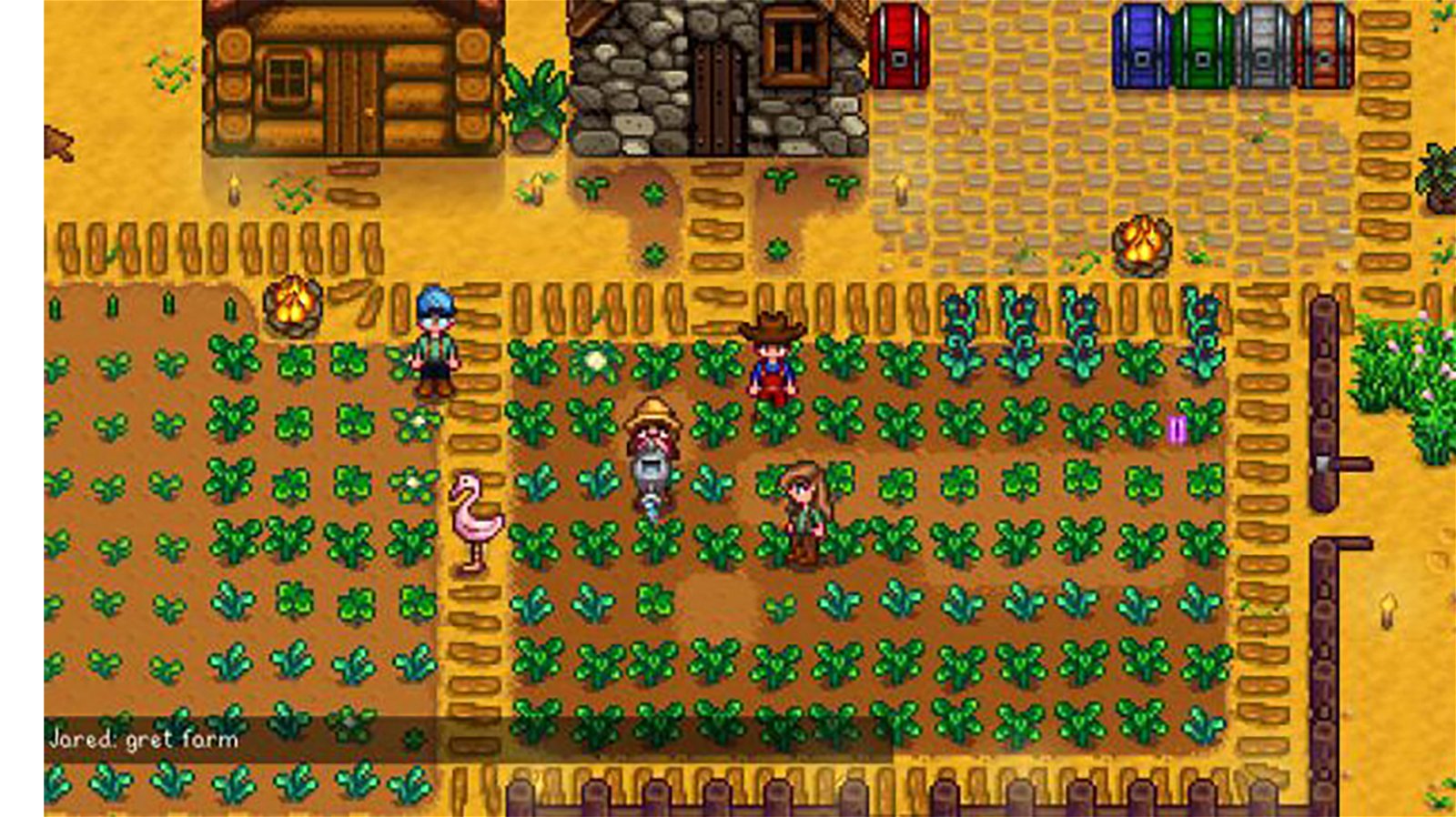 Soon you and your friends will be able to explore the wonders of Stardew Valley together.

This update came after game creator Eric Barone tweeted out an image of four players playing together via LAN.

In the tweet Barone said that the multiplayer adds a whole new experience to Stardew Valley and that, "yelling at each other about what do do next or if anyone has any stone, is great fun."

Stardew Valley's online component was announced back in May of 2016 around the same time that Barone announced a partnership with gaming company Chucklefish to help with the more technical side of the game.

The Beta for the online mode was originally scheduled for late 2017, and has since been pushed back to Q1 of 2018, although no formal date has been given as of yet.

In a follow up tweet Barone mentioned that he was finished with single player content for now and that he is shifting, "all my attention to getting multiplayer ready!"

Stardew Valley launched back in February of 2016 on Windows and has since come to OS X, Linux, Playstation 4, Xbox One and Nintendo Switch, with a PlayStation Vita port in the works.

Liked this article and want to read more like it? Check out  CHRIS CARTER's review of Stardew Valley for Xbox One.