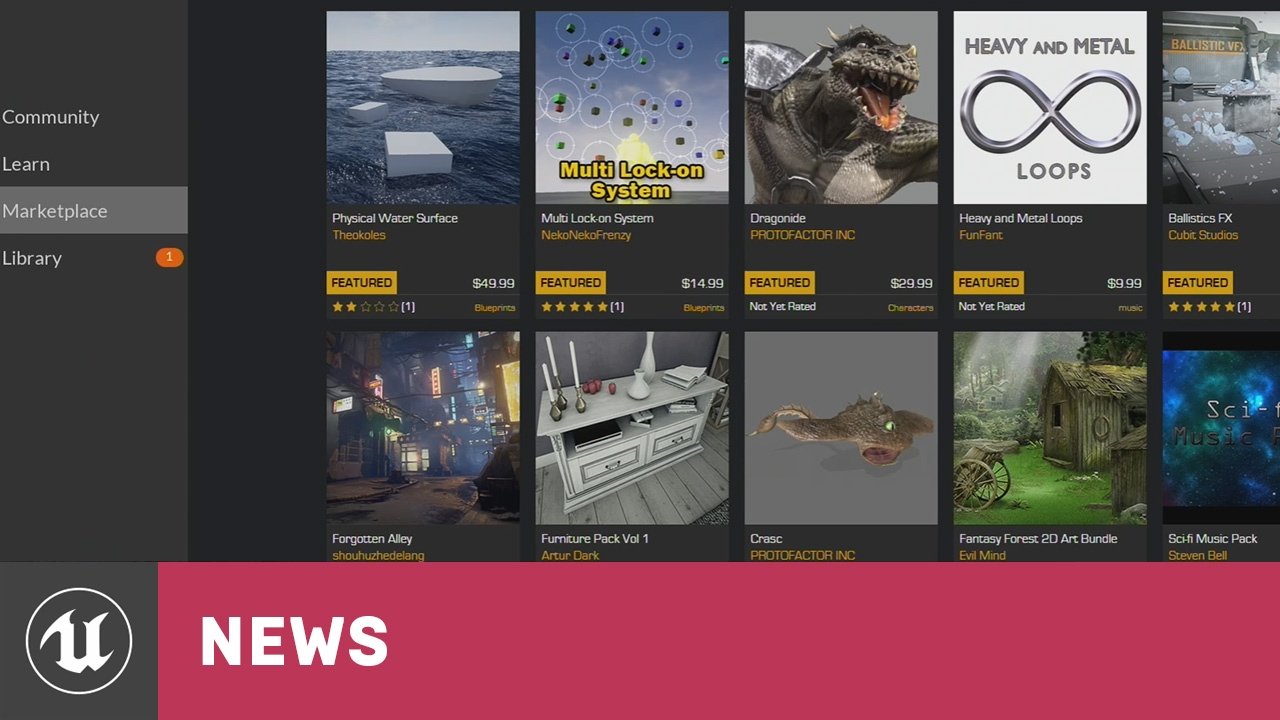 Epic announces that they will be shifting from their standard 70/30 revenue split to a generous 88/12 for their Unreal Engine Marketplace, their online storefront for Unreal assets and technologies.

88/12 means that Epic will only take in 12% of any revenue garnered through any sold assets from the Unreal Engine Marketplace, the creator’s on the other, will reap the rewards with an 88% cut intake. Shockingly, the new terms have gone into effect retroactively, meaning, all transactions from the past 4 years will be taken into the new 88/12 rate.

Of course, the phenomena and juggernaut that is Fortnite, more specifically, the Battle Royale mode within the game is the cause behind Epic’s ability to give such desirable cuts. With Epic’s boss, Tim Sweeney weighing in on the matter, stating,

“Thanks to both the Marketplace’s growth and the success of Fortnite, Epic now conducts a huge volume of digital commerce,” Sweeney explained. “The resulting economies of scale enable us to pass the savings along to the Unreal Engine Marketplace community, while also making a healthy profit for Epic.”

No specifics in terms of what Epic is paying has been made public, however, a 12/88 rate compounded by 4 years means a lot of happy content creators.

“It is incredibly refreshing and even inspiring when a giant like Epic is able to move forward with a strong move that will not just help sellers on the Unreal Engine Marketplace, but should eventually ripple to all sellers of all game assets around the world,” Gamemakin director Michael Allar said in a statement. “There are still many challenges that game development marketplace sellers face, but finally, we can rejoice that one of our biggest obstacles for self-sustainability has been knocked down with such force.”

Epic did share numbers regarding a 30% in marketplace sellers, a number that should will more than likely grow thanks to the new business model issued by Epic.