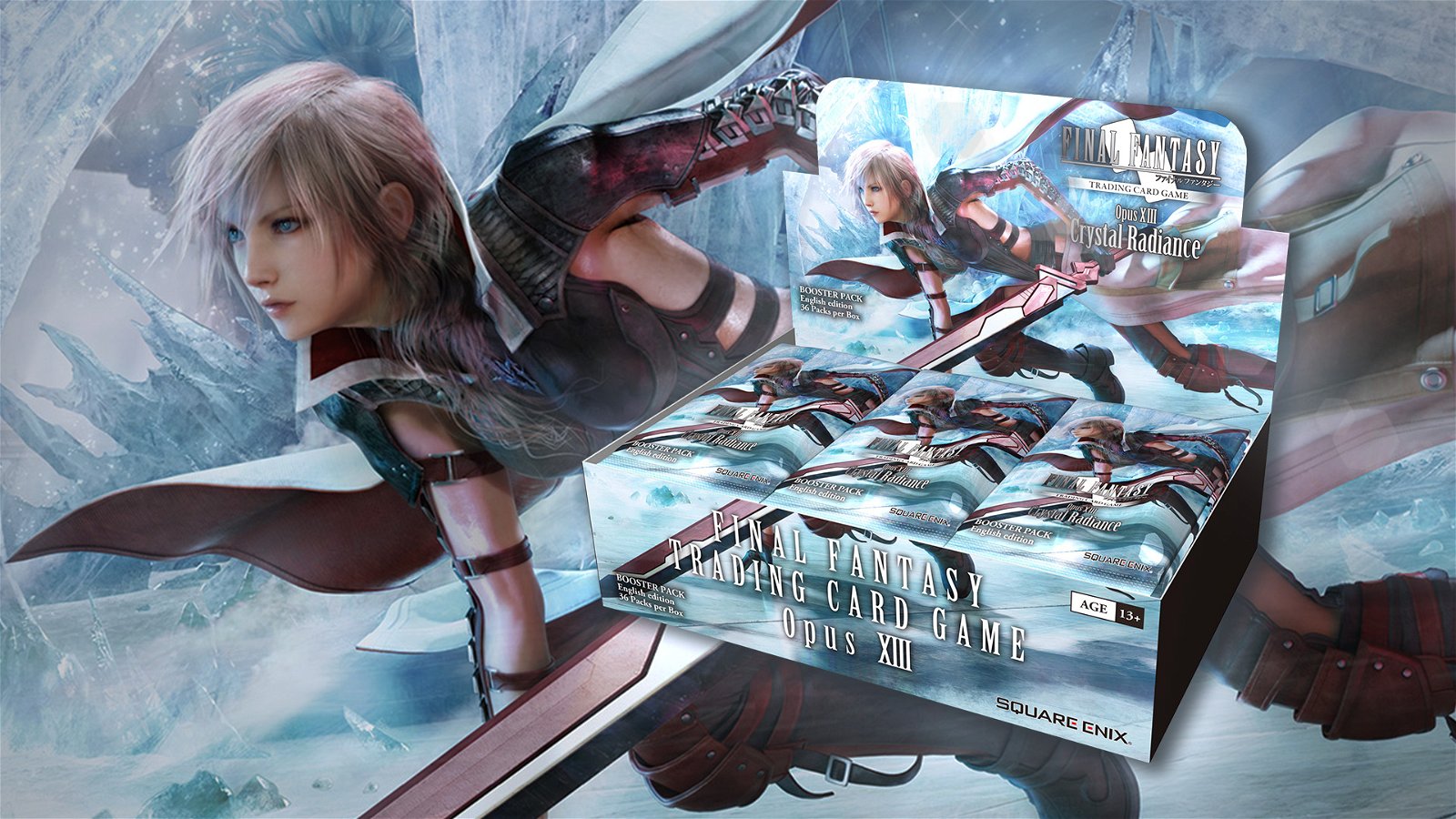 Opus XIII continues to add new Multi-Element Forwards, introduced in the previous expansion, while characters from Lightning Returns: Final Fantasy XIII will appear for the first time, like Bhunivelze, Lumina, and Lightning herself.

Among the illustrators who provided original art for this set are Gen Kobayashi (The World Ends With You), Ryōma Itō (Final Fantasy Tactics Advance), and Toshitaka Matsuda (Final Fantasy XIII series). Three legendary cards from previous sets are also being reprinted as full-art premium Legacy Cards, giving collectors another chance to obtain them—Vivi from Opus III, Fina from Opus VIII, and Fusoya from Opus IX.

Final Fantasy Trading Card Game first launched in Japan in 2011, and made its way to English markets in 2016. After selling 5.5 million packs by the following summer, the game has seen regular expansions and an Organized Play circuit. Similar to Magic: The Gathering or Pokémon Trading Card Game, the Final Fantasy game challenges players to build a deck with iconic heroes and monsters to best their opponent in combat.

Square Enix’s game, however, uses a thicker card stock than others, making them bend less over time. Its visual assets feature a mix of concept artwork, renders, promotional images, and even original pieces. Last year, Square Enix even released an artbook containing many of the beautiful illustrations created specifically for the game.

Between the card stock and the quality of the artwork, the full-art variants are some of the most beautiful pieces of Final Fantasy memorabilia I’ve seen over thirty years. Even extremely niche characters have been represented in its library of over 1700 cards. The game itself is as fun and easy to learn as other popular TCGs, while also adding its own unique elements that bring that Final Fantasy flavour. It’s well worth checking out for any serious fan of the series, whether to play or just for collecting.