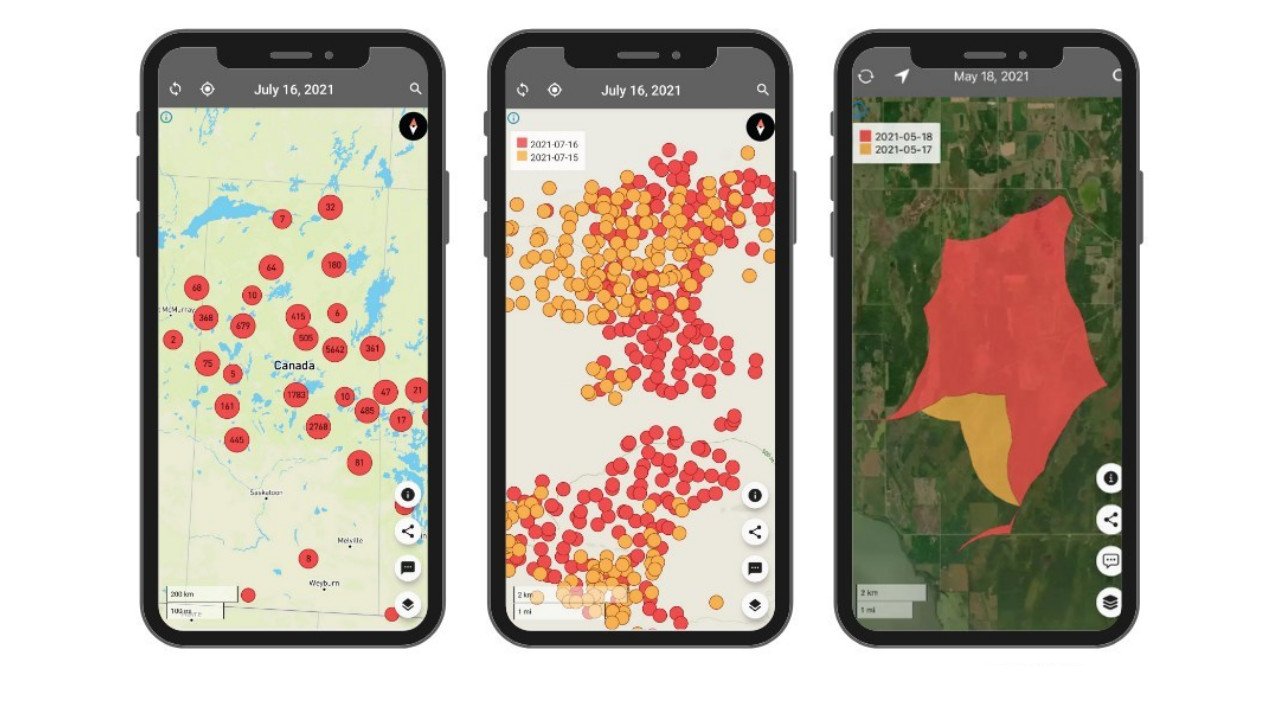 FireFringe is a new Canadian developed app that can detect as well as map forest fires and hot spots across Canada.

This is very timely for us in Ontario as Environmental Canada has revealed that The Greater Toronto Area and most of southern Ontario is currently under an air quality advisory warning. The reason behind this all has to do with smoke from forest fires in northwestern Ontario blowing south.

"Elevated particulate matter levels and hazy conditions have been reported at several stations. Reduced visibilities and deteriorating air quality are possible if the smoke descends to ground level,” Environment Canada said in a statement.

Back to the app now, it is currently for free for firefighters, forestry managers, emergency managers, municipalities, the media and the public. It allows users to see where fires are blazing in near real-time.

FireFringe utilizes the First Resource Management Group's Skyforest Technology. This results in the satellites create a detailed map of forests and trees growing in the area on the user's phone. That's only a part of it as the app also uses NASA to detect high temperatures which maps it through imagery through Mapbox.

“There are thousands of fires raging right now in Canada, causing devastation,” said Phil Green, CEO of First Resource Management Group (FRMG), the developers of FireFringe. “Our app can help save communities. It shows where fires are beginning to grow and can help predict where they are headed. It’s simple and visual to keep people informed and safe.”

Here is what the app can help with:

Users will see fire clusters on the map as larger circles and will also show the number of fire points in a cluster. You can zoom in, as you do current day fires will appear as red while previous fires appear as yellow.

FireFringe features Worldwide coverage, the ability to search in the app by major cities and landmarks, low to high sensitivity setting and clear visuals to tell the distance between the user and a fire. As well as historical data to see previously burnt areas